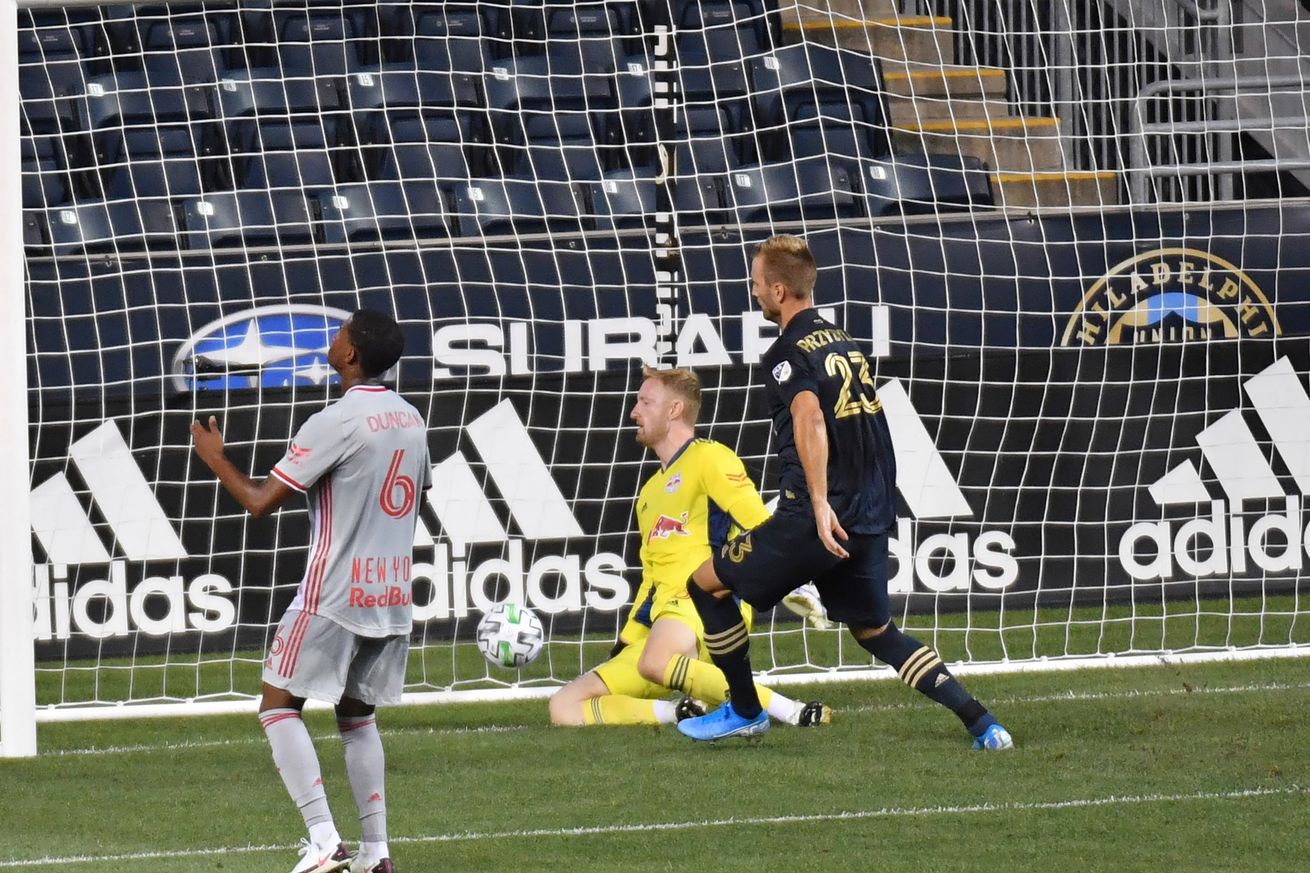 The New York Red Bulls traveled down to Chester, Pennsylvania hoping to add on the momentum of their victory against NYCFC, but forgot to bring that same energy to begin the game as they fell to the Philadelphia Union by a 1-0 scoreline.

The only goal of the game came in the minute after the half-hour mark as the Union caught the backline napping. Raymond Gaddis crossed the ball from the right side and found a streaking Kacper Przybylko to finish past Ryan Meara.

When the match reached halftime, the Red Bulls knew they had to make changes, and so they did. A better start to the second half saw them create multiple attacking runs. But if Andre Blake wasn’t making the saves, the Union’s backline collapsed to block the shots.

It felt like the Union was relying on the backline, and their keeper to stop the Red Bulls in the second half. With that happening, the attackers would try to catch the visitors on the counter. One chance was available to Sergio Santos, but Ryan Meara made the point-blank save.

Still, the lifeless opening 45 minutes cost the Red Bulls a chance at a positive result against the Union. Having an uneven game can cost you all three points, and wreck a game plan that was prepared.

“I think the first half we weren’t quite aggressive enough with the ball going forward, I think that the positive in the second half is that we pushed the ball forward.” said Sean Davis, “We were able to serve the ball inside both boxes, tried to get a shutout on the road, but unfortunately we weren’t able to get a result tonight.”

But the man who was very upset with this performance was head coach Chris Armas and he didn’t mince his words.

“For us it was a big game that was very disappointing right now. It wasn’t good enough on the night, we talk about being good enough for a whole game, not a half a game.” Said Armas, “It’s unacceptable for us not to show up in the first half without the energy and the fight that we normally have, we have to show up for the entire game.”

Next the Red Bulls will travel back up I-95 and head over to the New England region to face the New England Revolution, who look to improve after their midweek victory over D.C. United.

The team’s scoring woes continue and they can’t continue to lay an egg in the opening 45 minutes of any match either at home or on the road. They must wake up, as soon as they reach the stadium or else they will be doomed to repeat that opening half down at Subaru Park.