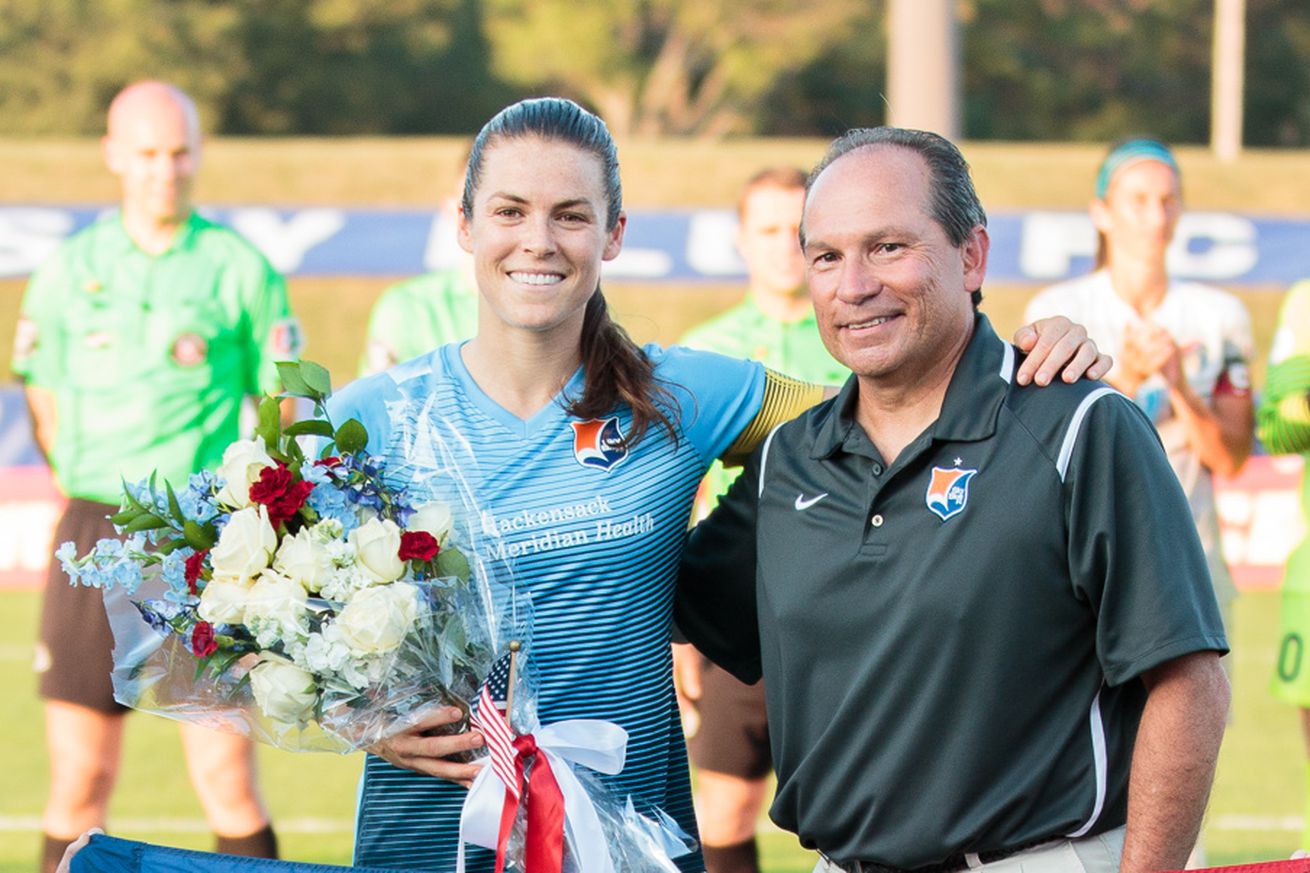 Vice President Alyse LaHue, who previously served as GM for the Chicago Red Stars, will serve as interim general manager until a new one is hired by team owners.

“Tony has been an integral part of the growth of Sky Blue and we appreciate his dedication to the team and the sport,” Tammy Murphy, wife of owner Phil Murphy, said in the team’s official statement. “For the past six and a half years, he has been a passionate supporter of professional women’s soccer and has worked tirelessly to get the team to where it is today. We are grateful for his time with Sky Blue and wish him well in his future endeavors.”

Despite the kind words from Murphy, the split does not seem to be as amicable as it sounds. Jonathan Tannenwald of The Philadelphia Inquirer tweeted a suggestion that Novo’s hand was forced.

That all said, if you are inclined to believe that Novo’s resignation was, shall we say, requested, you wouldn’t be wrong about that.

With less than a week before Sky Blue’s 2019 kicks off, the news comes at the tail end of an off-season that was much quieter than the tumultuous season that preceded it.

The rocky season was less the result of the lack of on-field success and more so the result of reports of poor housing and training conditions first reported by The Equalizer and Once a Metro. Much of the blame for those conditions was steeped on Novo.

“At the end of the day,” said a former Sky Blue player referred to as Blake in OaM’s original report, “I’m going to point all fingers at Tony [Novo] because he’s our GM and he’s supposed to take care of player relations and he doesn’t.”

“He needs to be out,” said another source close to the team referred to as August. “Every decision that Tony makes is based on what he thinks is best for the team, not [the players]. He has not once, not one time, asked [the players] what [they] think or what [they] want. Not one single time.”

Claims such as though led Cloud 9, the official supporters group for Sky Blue, to call for Novo’s firing, creating the hashtag #FireNovo to make their desire known.

It’s easy to harp on the timing of this and the language of the release. But the fact is that Novo is out. It’s what we’ve been asking for since August. We’re not going to quibble on details right now.

The only statement from Novo himself in the club’s statement was Novo saying, “I am departing Sky Blue with confidence that Alyse will be a strong leader and advocate for the team.”

LaHue does step into the position with a strong pedigree in professional soccer dating back to 2008. She has served in various roles for the Red Stars during WPS and NWSL, including as the team’s GM from 2012-2016. She was also the GM for LA Blues of USL-PRO and Pali Blues of the former W-League during 2011.

She is also currently the Task Force Chair for the United Soccer Coaches Women’s Membership Group, a group that advocates for the advancement of female coaches and executives, as well as co-founder of Gonzo Soccer, Girls Soccer & Leadership Academy, a youth nonprofit that focuses on on elite soccer training, academic assistance, and life skills.