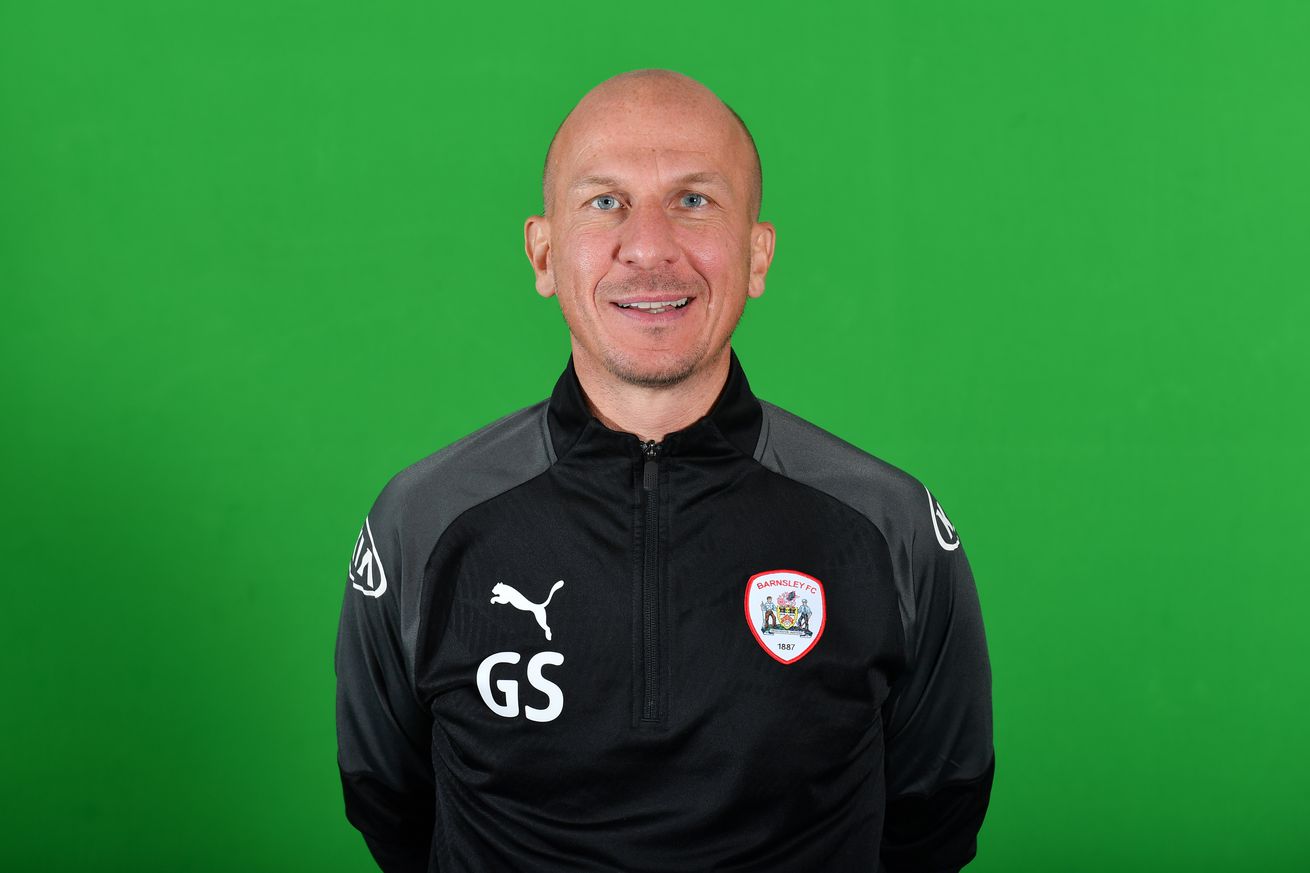 In the final segment of our five-part series about the background of new Red Bulls head coach Gerhard Struber, we take a closer look at the man himself

While it may not the exact type of expensive transfer many New York Red Bulls fans frequently call for, the club paid a release clause to acquire their new manager Gerhard Struber from Barnsley FC of the English second division. The reported $2.5 million fee may seem high, but it’s motivated by a long-held institutional belief in the organization that the manager should be one of the most highly paid members of the club. As Ralf Rangnick told Spiegel, “The person with the greatest responsibility should also make the most money.” The Austrian will have the most day-to-day responsibility in the New York setup, rebuilding the club’s tactical identity and meshing existing players with incoming signings as the team continues to transition away from the squad that won the most recent Supporters Shield in 2018. The architect of that 2018 side Jesse Marsch labeled his once-removed replacement as “the perfect man” for the job, and he may very well be.

Actor-turned-Oscar-nominated-screenwriter Taylor Sheridan once referred to himself as “25-year overnight success.” In a sense, that applies to Struber, whose professional playing career (which included a handful of Austrian youth international call-ups) ended at 26, requiring a shift in coaching to maintain a career in football. His most prominent professional stint was with Austria Salzburg (often referred to for sponsorship reasons as Casino Salzburg) where he made 50 appearances in midfield during the late 90s before bouncing around various smaller Austrian clubs and retiring in 2008 to take a job back at his old Salzburg club, now known as Red Bull. Struber was employed as a coach in the Red Bull Salzburg academy before moving into the insurance industry while continuing to work in soccer part-time at SV Kuchl. However, the draw of the highest level was too great, and he returned to the Red Bull youth setup. He was mildly successful, winning expected Austrian titles with the U-15s and U-16s but unable to last long as an assistant with the senior team or lead the club’s highly touted UEFA Youth League team out of the Round of 16.

In recognition of his evident potential and demonstrating more faith than Red Bull typically displays toward anything other than complete success, Struber was named manager of FC Liefering, the Salzburg reserve team playing in the Austrian second division. During his conspicuously brief time in charge of Liefering, he experienced some setbacks, leaving the job “after intensive discussions with club management.” His underwhelming tenure, lasting all of 15 matches, saw the well-resourced reserve team fall to ninth place, the lowest in its history. Analyst Anna Konovalova claims, “There were many on- and off-field factors, so no blame was put on Struber directly.” Issues included injuries, players not performing well enough to receive promotion to the first team, and his pursuit of the UEFA Pro License forcing him to miss training often. Despite these initial setbacks that left Struber bouncing away from his longtime professional home, he earned his certification and impressed so much at subsequent positions that Red Bull was almost forced to bring him back into the fold, possibly to provide the well thought of charge with yet another opportunity to thrive within the organization’s walls.

Struber is a decidedly emotional manager, with many sharing his effusive interview following last season’s survival campaign at Barnsley. Konovalova described him as “active and loud” but as someone who occasionally “lets his emotions go over the time from time to time.” Conversely, the 43-year-old has also been viewed as possessing a “calmness and composure” while not being “rattled very easily.”

Emotion can be a double-edged sword. As noted by Tom Bogert for MLSSoccer.com, players are more likely to buy-in with a genuine manager who is capable of getting “his message across to the squad.” He was able to keep Barnsley players invested and focused on surviving the relegation battle, no easy slog over nearly an entire season at the bottom of the table that was lengthened by the COVID pandemic. Fans and media respect a passionate leader who is visually invested in the club’s success, seemingly living and dying with every action and decision, sprinting onto the field to celebrate with his team after a goal. On the other hand, the pot can sometimes boil over as it did against SK Rapid Wien in October of 2019. Struber allegedly confronted the stadium announcer following a projectile being thrown from the VIP stand and retorted, “Congratulations on your stupid fans.” He also reportedly “clashed with the opposition coaching staff,” which resulted in a fine.

“Some may view his actions simply as ruthless ladder climbing, and to be fair that is not an unusual quality in the world of professional soccer”

As anyone can observe from his recent departure from Barnsley, Struber has no problem sharing his feelings. He told BBC Radio Sheffield that the club’s ownership doesn’t match his ambitions, which some interpreted as an unnecessarily lashing out as he made his way out the door. However, it’s not his first messy bridge burning, as the Austrian’s short tenure at Wolfsberger didn’t end with champagne and roses. Club president Dietmar Riegler described his former manager’s behavior as “weak in character” after the transfer of club captain Michael Sollbauer violated a handshake agreement to “not transfer any more players to England.” However, Struber claimed that his former boss should be “grateful for everything” they accomplished in their short time together, but the comments “hit [him] at the core and irritated [him] badly.”

Some may view his actions simply as ruthless ladder climbing, and to be fair that is not an unusual quality in the world of professional soccer. Struber can be seen as governed by ambition, willingly departing situations once they no longer suit his needs. But that would be a characteristic he perhaps shares with the team-abandoning Jesse Marsch, who famously sprinted away from a match to fly to a coaching course in Scotland and whose European ambitions left New York in the disjointed mangement scenario that now requires Struber’s handiwork. Despite the disapproval of those around him, Struber left “a great job” in the private sector to go back into football, quickly climbing the ladder to a level few approach.

When asked by Red Bull Global Head of Soccer Oliver Mintzlaff where he wants to be in five years, the answer was a simple “abroad.” It’s that same drive for excellence that led him to England, leaving behind his “deeply rooted” family in Austria, with reunions occurring whenever has “two days off.” He’s described the experience as painful, but necessary “to have really cool football experiences.” His recently stated desire is to work in the Premier League, so the move to America seems a curious detour from this goal despite presenting a unique opportunity for personal development and growth at an intermediate level.

It is possible his deep Red Bull connections will prevent another nasty divorce and lay out a more stable career path. After all, Struber already departed once and made his return after “convincing the management of Salzburg” with his extraordinary tactics as manager of fourth-division SV Kuchl. He speaks very highly of the Red Bull organization, claiming that it taught him that “success and stable performance is only possible if you make sacrifices.” It’s unlikely Red Bull will fail to meet his financial desires or high ambitions, particularly after the reported involvement of owner Dietrich Mateschitz to bring his former preferred employee back into the fold.

The Red Bulls has already been on a path to engage with his vision and coaching techniques and provide a more robust sporting operation than available to him at Barnsley or Wolfsberger. Struber relies heavily on data analysis and video, stressing that he “used every minute to work with players” at Barnsley. New York been quietly improving the backroom staff with high level talent, hiring Natasha Patel from Southampton FC as the head of performance analysis in an attempt to “oversee and expand the club’s use of analytics.” The new manager’s desire for video work will be supported by the club’s recent partnership with Catapult Vision, which provides “detailed insights” and adds “visual context to performance data.” A supportive environment for a data-driven manager was under construction long before this hire was made.

As for the ability to use every to successfully impart his system to the players, Struber is “satisfied with [the] development” of his English speaking abilities, meeting with a teacher twice a week. When he can prepare, he gets his “messages 100 percent across.” The issue comes during halftime, when attempting to voice the words to motivate players. However, mastery of the English language should be neither a hindrance nor a requirement, as it did not prevent his relative success at Barnsley and the adoration of his team. Striker Patrick Schmidt claims the coach had a “great relationship with all the players” and “made sure that the mood in the team was right.” But those who don’t fit his system are quickly shown the door, as he proved shipping out starting striker Cameron McGeehan within weeks of taking over at Barnsley.

The level and quality of the involvement from the front office will determine whether Struber achieves success during his tenure and remains at the club for the entirety of the three-year contract. The lack of desired player acquisition was the issue at Barnsley, with the near unworkable MLS transfer system appearing the easily foreseen stumbling block. Struber should receive all the financial and organizational support due to a manager long considered one of the top potential coaching talents in Europe, but sometimes the moves don’t happen or desired signings don’t perform on the field.

While there may be adjustment struggles and initial failures in a new and unfamiliar league that embraces parity and unpredictability, the Red Bulls’ new manager has thrived as an underdog and a giant killer operating on lower budgets and even lower expectations. When asked about the opponent’s strengths prior to Wolfsberger’s much heralded draw with AS Roma in the Europa League, he offered a simple and profound, “I fear nothing.” Even before he’s present on the sideline, that sort of brash attitude will endear fans in the aftermath of a few seasons that have been charitably described as the Red Bulls not “looking like themselves.” As Jesse Marsch said, “[Struber] can help turn the club around to be what it was a few years ago.” If this latest experiment isn’t going to work, at least it will be bold, fearless, entertaining, and out in the open.

On paper, Gerhard Struber is the perfect fit for the job: experience with seeking out new challenges, a history of producing results with a reduced budget, an equal mix of the high pressing Austrian style, a Red Bull insider, and possessing experience with the English game that meshes with the player knowledge base of head of sport Kevin Thelwell and chief scout Paul Fernie.

Unfortunately, matches aren’t played on paper, and any number of things could make this hiring go pear-shaped. All of Struber’s acumen influenced by past experiences may be overwritten by the necessity to adapt and thrive in current circumstances. His ambitions, his emotions, and his tactics have not proven conducive to a long term stay at any of his professional jobs so far.

But for now (or at least in six-to-eight weeks) Red Bull New York have made what they hope will be the most important hire in the club’s history. After years of building since the eras of Andy Roxburgh and Ali Curtis, never before has the club been so similarly-structured to its organizational counterparts in Europe. With high-level staff on and off the pitch and continued canny recruitment, the addition of the quintessential Austrian football technocrat is shaping up to be the ultimate crucible for the energy drink era in New York.