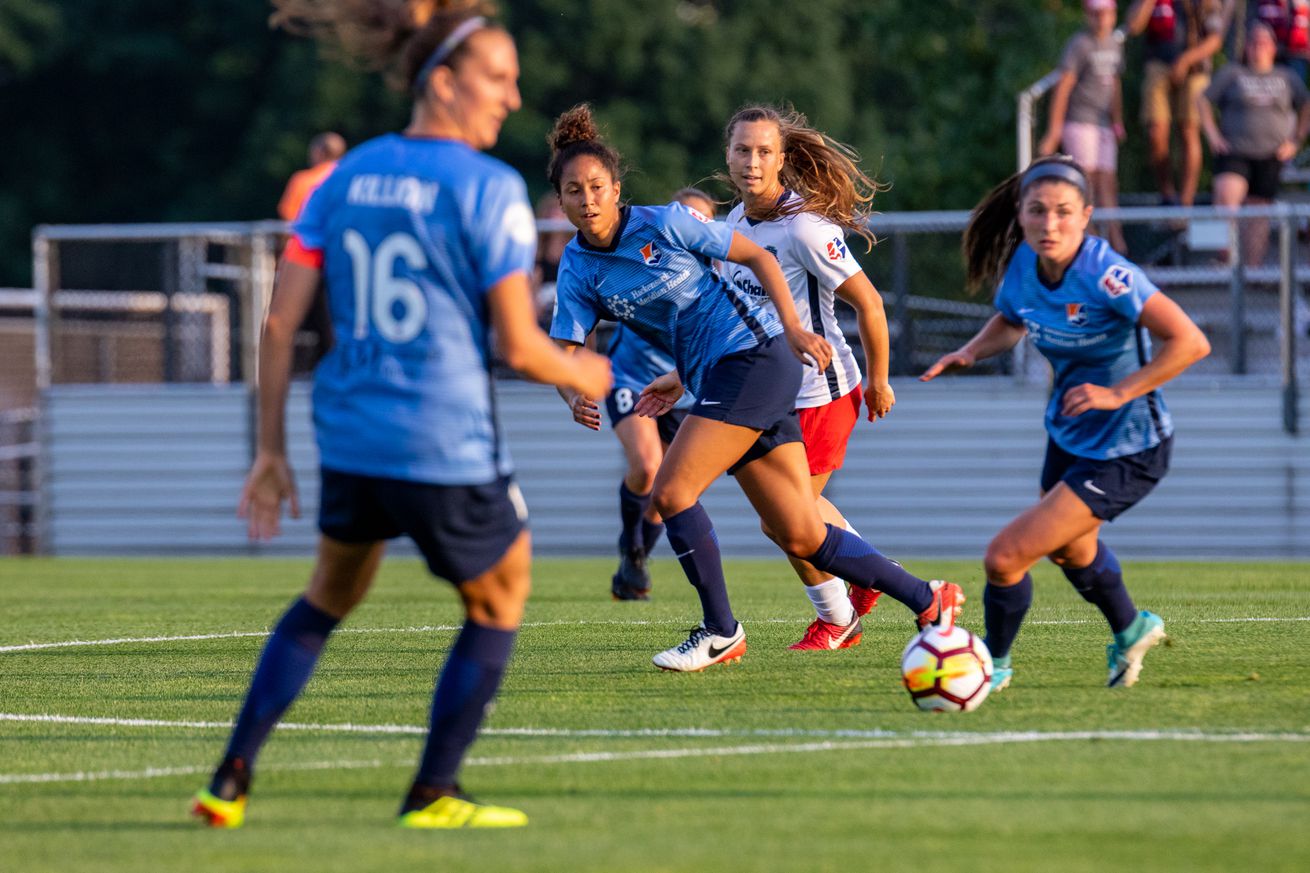 Sky Blue FC dropped its 2019 season opener, 2-0, on the road against the Washington Spirit. Spirit newcomers Sam Staab and Megan Crosson scored in the second half to hand the home side the victory.

Staab, a rookie defender out of Clemson and the No. 4 overall pick in the 2019 NWSL College Draft, scored her first professional goal just shy of the hour mark of her professional debut. United States attacker Mallory Pugh took a Spirit corner kick from the near flag that Sky Blue goalkeeper Kailen Sheridan punched away but failed the clear. The loose ball pinged around the Spirit’s final third a few times before Staab one-timed it past Sheridan for the game’s opening tally.

The Spirit secured the victory two minutes into stoppage time when Pugh moved the ball down the near flank before sending a lofted cross into the 18. Crosson, who entered the match in the 69th minute for Cheyna Williams, got her head on the end of Pugh’s cross and put the ball into the back of the net for the win.

It goes without saying that the loss was a disappointing result for Sky Blue, especially since the Spirit finished just one spot above Sky Blue last season. However, new head coach Richie Burke seemed to have develop an improved style of play for the Spirit, and Sky Blue at times seemed caught off guard by the short, quick passes of their opponent.

The Spirit also once again have the services of Cheyna Matthews, who missed the 2018 season while on maternity leave. Although unable to produce any goals, Matthews was by far the most threatening attacking player for the Spirit in the opening half. Her speed down the flank left defenders trailing behind and led to a couple of dangerous looks for the Spirit.

Although the Spirit out played and out possessed Sky Blue, the game was not completely one sided. Sky Blue came out strong in the opening 15 minutes before turning over the momentum to the home side. They also created a number of solid attempts on goal in both halves, only to be denied by the Spirit defense.

The most dangerous attempt of the first half came in the 31st minute when Sky Blue played the ball in on a corner kick. Spirit goalkeeper Aubrey Bledsoe came off her line in attempts of gathering the ball but was unsuccessful, resulting in a Sky Blue shot on an empty net. Rookie defender Tegan McGrady got there just in time, clearing the ball off of the line to prevent Sky Blue from taking the lead.

Sky Blue’s best attempt of the second half was a dangerous header by Carli Lloyd, also the result of a corner kick. Defender Domi Richardson provided the service from the far flag and found Lloyd’s head, but Bledsoe was able to get her fingertips on the shot to send it over the crossbar.

The team next returns to New Jersey and Yurcak Field for their home opener against the Houston Dash on Saturday, April 20. Kickoff is scheduled for 6 p.m. ET.