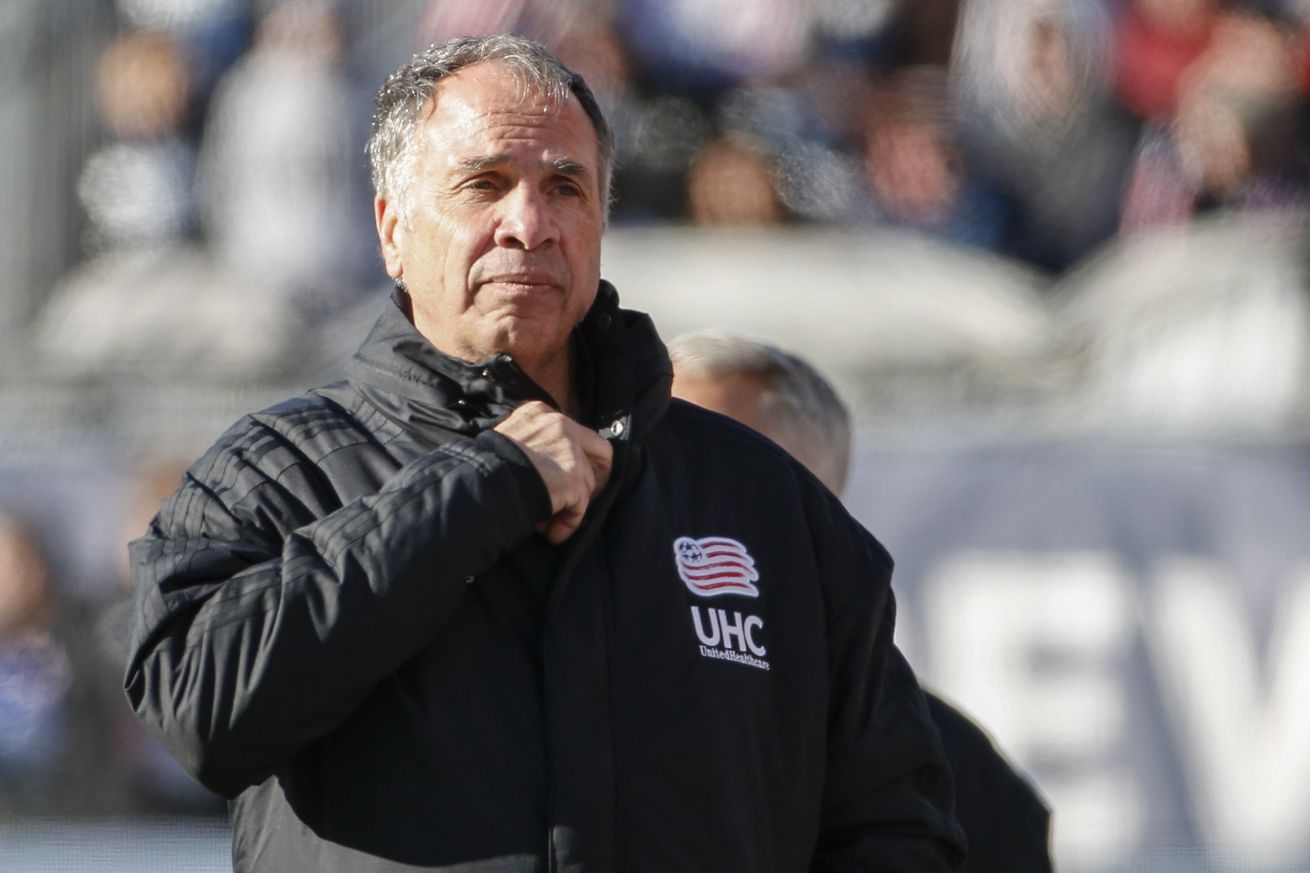 The New York Red Bulls are quickly moving on to their next match after a one-goal loss at the Philadelphia Union. Now they need to get ready for a trip up I-95 as they face the New England Revolution at Gillette Stadium, But their opponents will be without their head coach.

Bruce Arena will finish off his three-match suspension as he was yelling at match officials in the MLS is Back Tournament in Orlando last month. But the team Arena has quickly built in Foxboro can still be dangerous.

Chris Armas knows what he is in for, as he has played against Arena in the past and even played for him with the US Men’s National Team. It might be a different situation, but Armas knows Arena’s players will stick to the game plan with him or without him inside his technical Area.

“It’s two things. Because I have played for Bruce, I know that the messing in the locker room is going to be tight, they are going to be together, as he inspires players.” said Chris Armas, “He understand what winning looks like, he knows how to piece together winners, and guys who have been there. He pieces together young players, with experience players and players he has had on other teams.

“It takes on it’s shape and the day he took over that team, things became different, something is different with a Bruce Arena team. There is belief from the players, otherwise it doesn’t work. That’s how I run the locker room and how I run this team.

They say he’s had luck, if that was true then he would be lucky all the time, but it’s not luck because he is a winner with everything he does.”

Either at the old Foxboro Stadium or currently at Gillette Stadium, the Red Bulls haven’t had a lot of success in the New England area. Sure they had won back in the Mike Petke era, but this team has always played well at home. Now with Arena calling the shots, the Red Bulls have to be extra careful with their game plan.

“We can rewind a little bit here, when Bruce Arena came over there, he brought a winning mentality. They run a lot since he took over. We see a team that does very good moving forward.” said Sean Davis, “They have a lot of dangerous pieces and a lot of athleticism, especially playing at Gillette, they play quicker on the turf, it’s never an easy game.

“We have to be on high alert especially when they play at home. They are very good on the counter, they do a great job finishing plays, they will be missing (Carles) Gil for this one, but still it’s a big match up as we are neck and neck with them on the table.”

Saturday’s match comes on the heels of MLS postponing a series of matches on Wednesday in reflection of the violence that erupted in Kenosha, Wisconsin following another police shooting. While the one-day protest that was agreed upon between the players and the league went through, the question came up as to whether Armas would go along with his players if they wanted to follow suit.

“The most important thing in our perspective internally, we are together. With the players and the staff from Marc DeGrandpre, Kevin Thelwell, Denis Hamlet and myself, we are with the players.” said Armas, “We stand together and defend on what is right, wether we play the match or not, isn’t the most important thing. We will defend on what is right.

“We will take a stance and make sure we stand up for what is right. we will be on board with that. We haven’t heard any update on that but this is a powerful statement upon all sports. It’s a difficult time, we are watching closely and all of us are on the same page.”