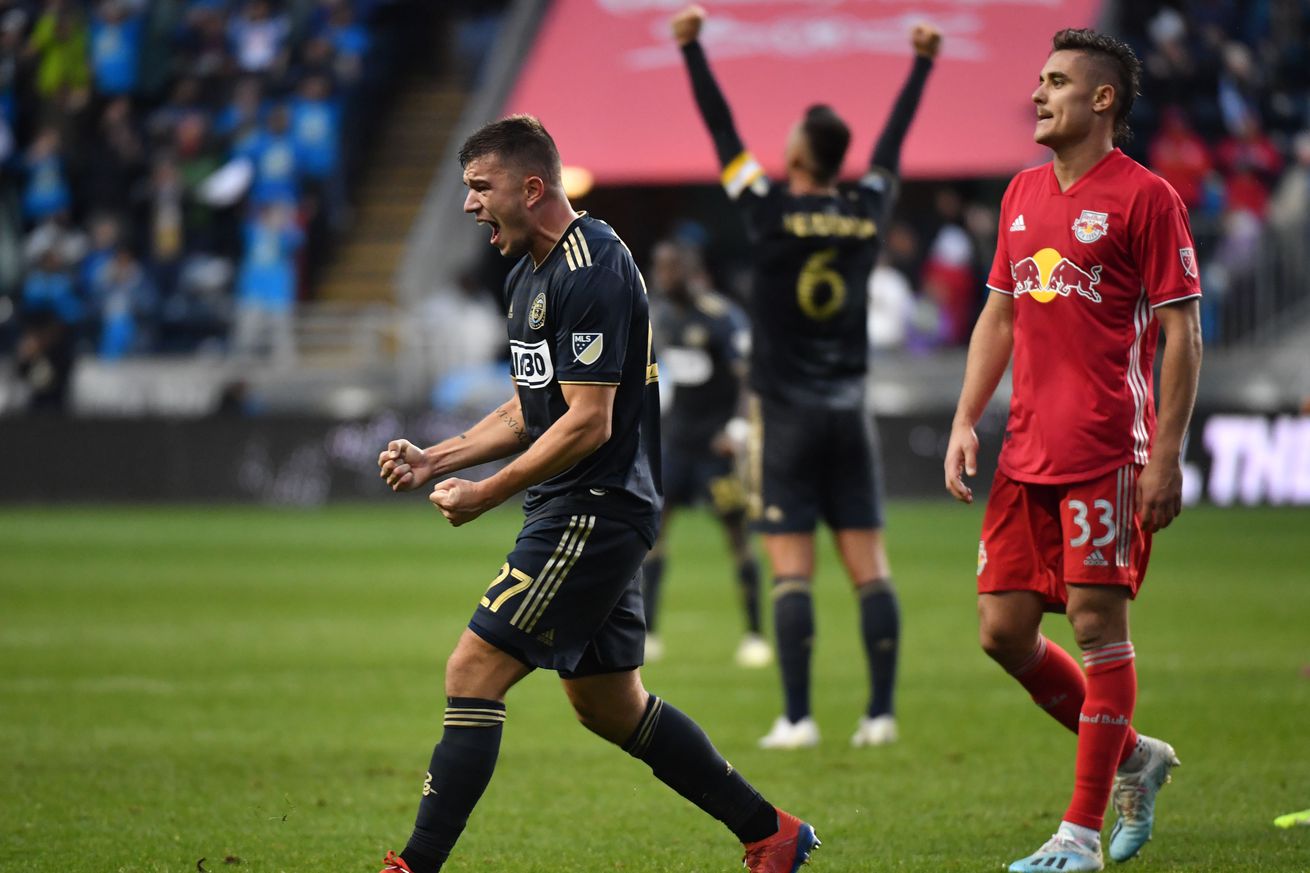 After a victory over their Hudson River Derby rivals at Red Bull Arena, the New York Red Bulls are getting ready for their next matchup, as they travel down I-95 to take on the Philadelphia Union.

Last season we saw a glaring issue with the Red Bulls when they traveled on the road down at Subaru Park, as they dominated the opening 45. Yet when it comes to the closing 45, that’s when the issues were troubling.

After scoring two goals by both Kaku & Brian White, it became the Ilsinho show as he took down the Red Bulls with two goals and an assist, back on June 8th, and their playoff match on October 20th.

Josh Sims scored his first goal with the club, along with Tim Parker & Tom Barlow that gave the Red Bulls three goals to one lead at halftime. Sadly it all went away as the Union leveled the score at three, to force extra time, and won it late.

“All of us have tried to look hard at all these moments, and learn all these games as a coach. We are always thinking about the game without over thinking it.” said Chris Armas, “How to approach a game and we don’t want to play the game on the chalkboard, but we need to game plan for it.

“When we played them in the playoffs, we were up on the road, and Philly to their credit, they played more direct and we know what momentum can do against you, it’s a real thing.

We have to defend leads and we are making sure when we get a lead that’s what will happen.”

Tim Parker got the start back with Aaron Long in the center of the backline. He played a fantastic match to defeat NYCFC, but now he has to work his magic again if he wants to make sure that the Union doesn’t find a way to blast thru the backline.

He knows that these games will always be a difficult one when you take on a Union side with Jim Curtin at the helm.

“I feel like they are a team that they never say die. They have an attitude of that they are never out of a game.” said Tim Parker, “We have seen them come back against us, we need to control the game and manage the game, we need to make sure that we manage it and don’t give anything away cheaply.”

So far Daniel Royer has been put in a position more up top than in his regular place in the midfield, being wide left as he’s been more up top than normal. Has the change been a little bit different or has it felt the same.

“In general I feel good about it. Maybe it’s a little bit too early to take a judgement on it, since it’s only been a few games.” Said Royer, “We had only two games, then the long break, the tournament in Orlando and then getting back against NYCFC

“I feel good up top, I’m physically fine being up top, I like being in that position. If we are on top of our details and it works, Then we should be fine for the rest of the season.”

The Red Bulls got their new arrivals for their squad as both Dru Yearwood and Samuel Tetteh are now with the club, but at the moment they can’t join the squad. They most go through league quarantine protocols for the coronavirus first, but they are training individually at this time.

But the Red Bulls are ready to go for their big matchup against the Philadelphia Union, and if they do get a lead, they must keep it for the full ninety minutes. Time to get another big three points for the Red Bulls, as they try to climb back towards the top of the East.