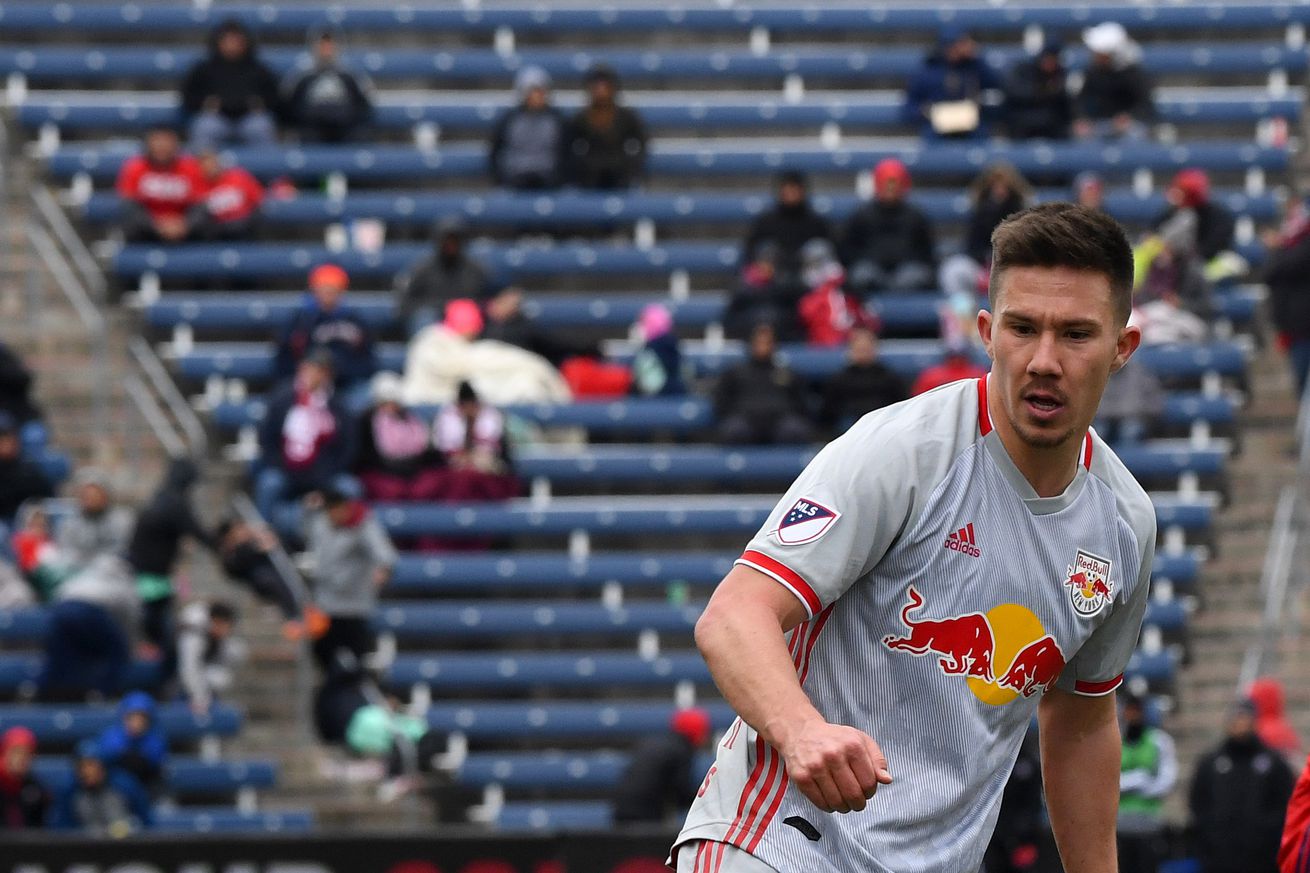 The New York Red Bulls are current;y in a funk as they haven’t had a goal converted within the last 180 minutes, Two straight games the Red Bulls were thwarted by Orlando City and the Chicago Fire, as they will try to break this current uncomfortable streak.

They finally got the majority of their starting 11 back from international duty, so now they will attempt tp end this current streak, by facing their next opponent at Red Bull Arena as they take on Minnesota United FC.

Currently the loons are two points ahead of Real Salt Lake and just above the black line for the last playoff spot in the Western Conference, which means that the visitors are looking to steal ay form of points necessary to gain some ground on the those sides from the West.

“They like most teams in our league, they have played four road games.” said Chris Armas “Their mindset and mentality is being comfortable on the road as they will try to make teams uncomfortable, with counter attacks, with cleaver attackers and their outside backs coming in.

The most dangerous striker to challenge the back line as of right now is the Colombian Darwin Quintero. Since he transferred from Club America of Liga MX, he has been nothing short of Brilliant.

Currently scored fourteen goals with eleven of those last season, Quintero can attacking, score up close, or fake the keeper out, by forcing him to get off his line and then chip the ball over his head, and into the back of the net.

“He’s really good. He’s super fast as well and technical in the way he plays.” said Kaku (thru translation) “It’s somebody we have to keep in mind and try to stop, because he makes the players around him a lot better.”

Their midfield looks to be improved as well with the former Seattle Sounders bulldog Osvaldo Alonso, helping out Miguel Ibarra and Kevin Molino who will concentrate on creating chances for the Loons.

“They are really aggressive. They have some powerful players that have proved they are good players in MLS like Ike Opare & Alonso.” said Daniel Royer “These are definitely key players as well.

“Offensively they’re just as strong, like Quintero, Miguel Ibarra and the other (Romario) Ibarra, Angelo Rodriguez. So they have quality and I think they showed it in their last game as well, so we need to get back to where we have to be.”

In their first two meetings with Minnesota United FC the Red Bulls have been able to get wins and score goals with ease. They had a three goal clean sheet when the club played at the University of Minnesota in 2017, then last year at Red Bull Arena it was a destruction.

But one thing is for sure, this Minnesota United side looks to be improved and are playing a bit better since the league season kicked off in the beginning of March. Still we shall see what will happen, when these two sides meet this weekend.

News on the injury front as Florian Valot just had successful surgery to repair his torn right ACL when he was tackled down by Judson, in the home opener against the San Jose Earthquakes on March 16th. Hopefully Valot will be able to train after his recovery time and get ready for 2020.

but the Red Bulls will be getting ready to take on Minnesota United and try to break their current two game losing streak and get a goal to boot as well. this is a different Minnesota United side and they will be very dangerous.