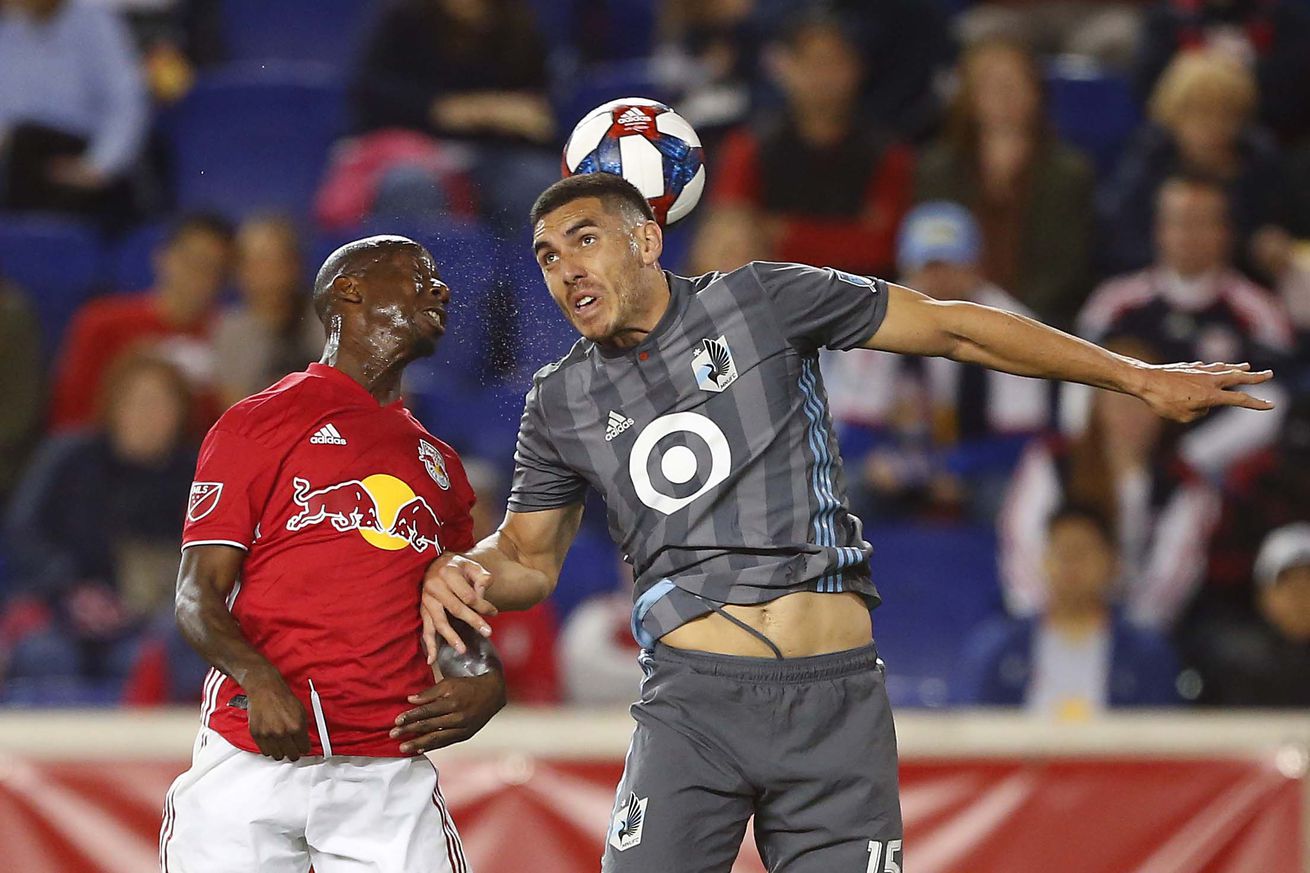 While the Red Bulls broke their scoreless drought, they couldn’t break their losing streak which is at three now.

The Red Bulls came back from Chicago, ready to go for some home cooking, as they tried to get back into the win column. Sadly they sputtered in the first half and while they did pull one back, it wasn’t enough as they fell to Minnesota United FC by a final of two goals to one.

The opening goal came in the 34th minute as Abu Danladi converted his chance to give the Loons a lead. Romain Metanire was along the near side of the field as he tried to cross the ball towards the area.

Angelo Rodriguez received the ball and then laid it off towards an on coming Danladi, who slots the ball inside the near post to beat Luis Robles. You saw frustration from the Captain of the Red Bulls when it was a slight advantage being given that became a huge problem.

The second goal for Minnesota came in the 50th minute as Romario Ibarra subbed into the match for Danladi at half time, and he was able to make things happen for the visitors. A well worked play that came from nothing, became something.

Francisco Calvo was along the near side, as he delivers a long cross to Rodriguez inside the Red Bulls Area. Then his shot was deflected, but the ball bounced perfectly to Romario Ibarra who had an empty net and converted his chance to make it two goals to nil.

But the Red Bulls were able to pull one back in the 70th minute. Cristian Casserers Jr. was the man who picked up the rebound and slammed it home, after Tim Parker headed the cross from the near corner, by Sean Davis.

But after that nothing else came for the Red Bulls as they were able to break up a 250 minute goal scoring drought, but they couldn’t break their losing streak, as they will try to get a result next weekend at Sporting Kansas City.

“In 2006 we started one and six, but there are some similarities I remember that year, yet it wasn’t as good as this defense is. It seems like we get punished on things that when everything is going well, you don’t get punished.” said Luis Robles “But when you look at these goals, they end up playing a ball into the eighteen, and the guy gets a beat on Tim (Parker) and plays it across, then from twelve yards out he slots it.

“When you look at the second goal, Aaron Long clears it and the shot hits off of Rodriguez and then it deflects towards the other guy and volleys it. It’s a situation where when something goes wrong it goes wrong and you get punished for it.”

It looked like the Red Bulls were frustrated and couldn’t connect on their passes, every time they tried to attack, the ball wasn’t connecting well. But Head Coach Chris Armas felt confident that frustration wasn’t playing a part of this performance.

“But what’s really clear is that this is the third game in a row, it’s can you impose your style of play on your opponent and that’s the question going in. When other teams giving you so much space and so much of the ball, it’s tempting to play underneath.

Then if we are sharper with the final pass on the final play, with the two strikers running, and it was there for us, we had a plan and just on today it didn’t work.”

Now the Red Bulls have a trip to the Midwest as they take on Sporting Kansas City on a Sunday night National televised match, as they are going to face a side that will either continue their league season, or maybe ride a hi to find a way and upset Monterrey in the CONCACAF Champions League.

Can the Red Bulls break this losing streak, and get back on the positive side of the standings, we shall have to wait and see.