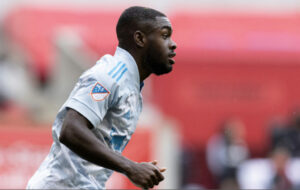 We are now in July, and Major League Soccer will take center stage with so many games coming quick and fast. And with both the European Championships and Copa America near conclusion, MLS will showcase its talents elsewhere with the Gold Cup starting later this month.

Both the New York Red Bulls and Orlando City SC play six games throughout the hot month of July. But first, they play each other this Saturday night, as second hosts seventh. Orlando City have only lost once all season, away to the New York Red Bulls. The 2-1 scoreline showcased a Red Bulls team able to elevate their performance in neutralizing the once undefeated Lions. But they’ll be expecting a more formidable challenge this weekend.

New York finally got a road point last time out against Atlanta United in a hard-fought effort. Given the injuries to the backline and absorbing the second-half attack of the five stripes, it’s a point deserved. However, Gerhard Struber will have a few decisions to make in all departments of the pitch.

Cristian Casseres Jr. will likely be back from Copa America exploits after Venezuela finished bottom of the group. Yet, it may be too soon to re-insert him in the lineup so Dru Yearwood could retain his place. Andres Reyes was subbed off due to injury and may not be fit to start. If that’s the case, Tom Edwards could once again partner Sean Nealis at heart of the defense, otherwise the Colombian starts if fit. And what to do upfront? Tom Barlow started in place of Fabio and offered very little alongside Patryk Klimala. The Brazilian should get the nod as he and Klimala have fine chemistry together.

Together, that’ll require to overcome a team that is on fire at the moment. Before the loss at Red Bull Arena, the Lions were unbeaten in five games. Since the loss at Harrison, Orlando City have won three straight, outscoring opponents (Toronto, Montreal and Inter Miami) ten-to-three. Nani has been in tremendous form, with six goals and three assists to his name. And their last meeting, the attack has gained a new dimension in the form of Daryl Dike. His presence is a welcome sight until clubs abroad send a bid for the American’s services.

Orlando as a team are efficient, and their defense has impressed. Thus far, their seven goals conceded are tied with reigning MLS Cup champs Columbus Crew and current league leaders Seattle Sounders. The 18 goals scored so far are tied for the most in the Eastern Conference and only bested by Seattle (20) and Sporting Kansas City (22). Young goalkeeper Brandon Austin – on loan from Tottenham Hotspur – has performed well in place of Pedro Gallese who’s away with Peru.

On the whole, Orlando is a team that is firing on all cylinders, they haven’t lost at home and are poised to push for high seeding come playoff time. Oscar Pareja is working his magic and the team has responded and played in aces. Their best avenue of attack will be through wingers such as Nani and Chris Mueller, with the Red Bulls fullbacks eager to fly forward.

At under .500, New York will see this as another big opportunity to gain road points. In every game they’ve won, they’ve scored the first goal so that’ll be imperative. They’ll also need a slice of fortune to leave Orlando without any more knocks or injuries. Both teams play six games this month and depth will be tested. And with no players going away for Gold Cup duty, Struber can field his strongest lineup as they look to climb the East table. For Orlando, they’ll expect to win at home as their great form continues.