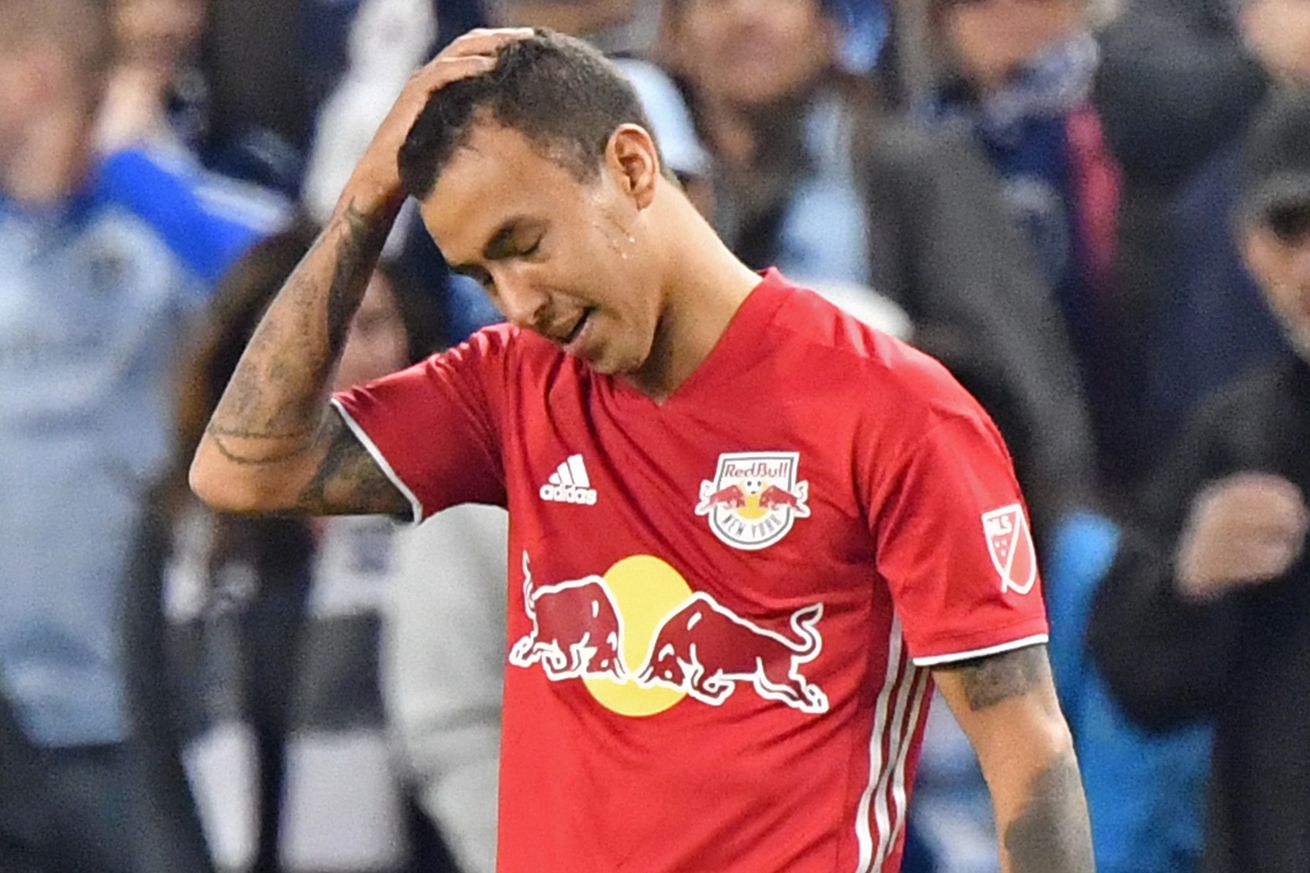 The lasting image of the New York Red Bulls’ 2-2 draw with Sporting Kansas City, a collision of two distinctly different styles, took place a few feet off the playing field.

That is because, while the crossbar was still vibrating from Daniel Salloi’s 92nd minute walk-off attempt and Children’s Mercy Park still boisterous from an 88th minute equalizer by 16-year-old homegrown Gianluca Busio, Alejandro “Kaku” Romero Gamarra lost his head.

The Paraguayan playmaker, universally beloved last season, had his squeaky-clean image muddied this off-season by his own cryptic messages and his agent’s outlandish comments that indicated his desire was to depart for Mexican giant Club America.

Perhaps if everything was clicking on the field, such extracurriculars would be overlooked, but Kaku has only two assists in his last 19 regular season and playoff matches, following 14 in his inaugural 18.

The melodrama spilled into this season when he was left out of the match-day 18 in the Red Bulls’ only MLS win of the season on March 16, described afterward as a coach’s decision. Three days prior, Kaku tweeted, “Sad when you realize that you’re not as important as you thought.”

On the day of the game, he tweeted a photo that read, “Sometimes the best thing is to keep silent, smile and keep going.”

Head coach Chris Armas clarified after the 4-1 win over San Jose that Kaku’s passion was his “best quality,” but that channeling it properly was something the 24-year-old needed to comprehend.

On Sunday night, distraught by the macro – two dropped points – and the micro – an ill-weighted pass – Kaku violently kicked the ball into the first row of spectators at midfield. While the intent was likely to hit the electronic sideboard, his manic reaction was the very antithesis of Armas’ message.

Earlier, he set up a go-ahead goal with a lovely looping cross to substitute Brian White. Despite being blitzed for much of the first half, the Red Bulls found themselves ahead late. Up until that point, the match was reminiscent to last year’s 3-1 win at Mercedes-Benz Stadium, where Kaku assisted the final goal and set off euphorically into the Atlanta night.

The equalizer from Busio tore up that sequel script, though, and Salloi nearly stole all the spoils with his stoppage time shot that rattled the woodwork. Kaku exited stage left, raising his arm to the crowd as he departed – an olive branch that none at Children’s Mercy Park were willing to entertain.

The loneliness in that walk will be magnified in the coming days and weeks, as the young designated player faces further disciplinary action than his red card. What was last season a honeymoon between New York and its record-breaking $6.25 million-dollar signing is now, unquestionably, a marriage in disarray.

“The New York Red Bulls organization does not condone the type of behavior displayed near the end of Sunday night’s match in Kansas City,” the club said in a statement. “We hold everyone in our organization to a high standard of conduct. The matter will continue to be discussed internally and we will have no further comment at this time.”

For Kaku, the hour of reckoning in his MLS tenure has come. How he responds in this aftermath will determine whether or not he is still the Red Bulls’ No. 10 by summer’s end.

It was not my intention, my heart apologies ♥️ @SportingKC https://t.co/xBdEc3pPgr