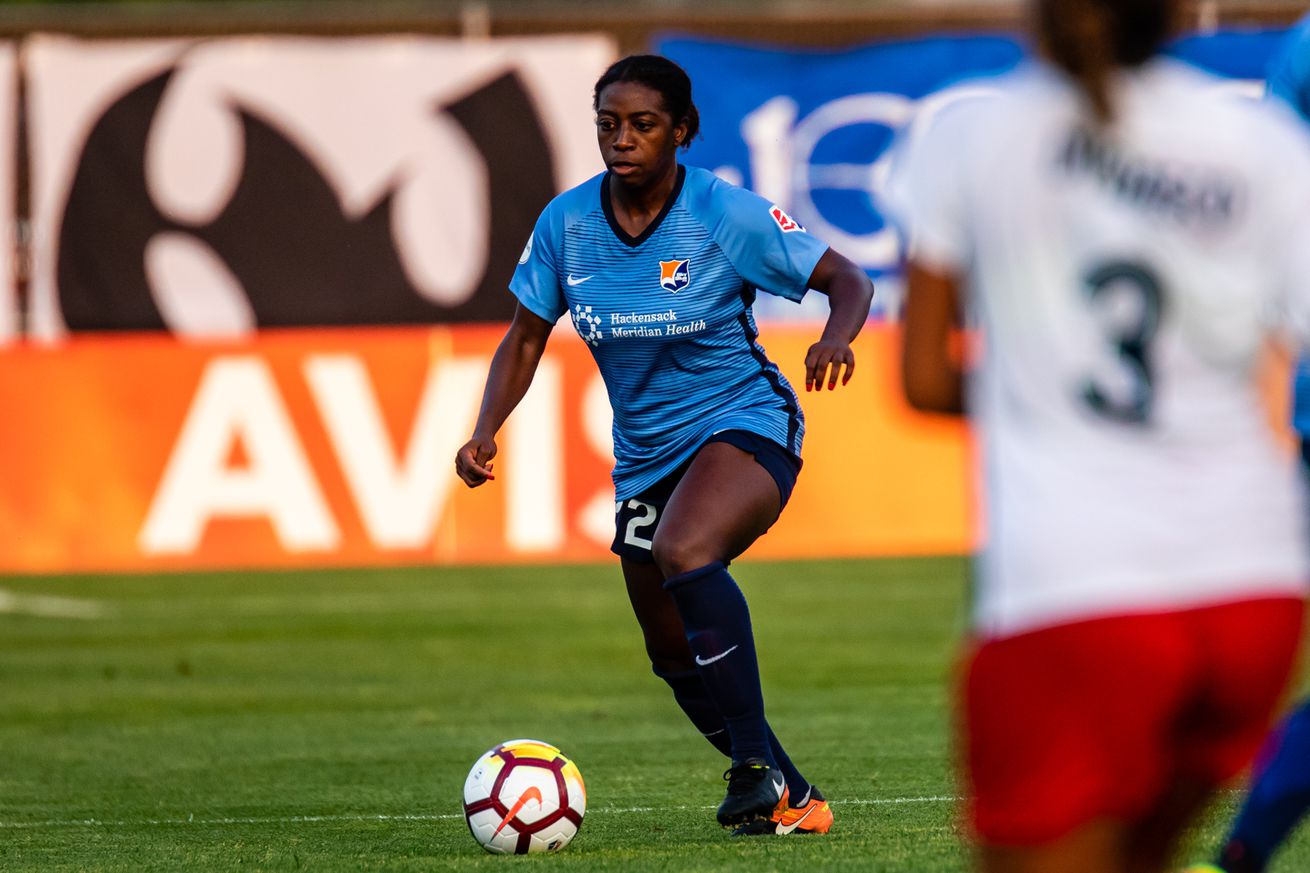 The Sky Blue FC players’ injuries were confirmed within one week of each other.

Sky Blue FC defender Mandy Freeman and midfielder Madison Tiernan have both picked up severe injuries during preseason training that will likely sideline both for the duration of the club’s 2019 National Women’s Soccer League campaign.

The club confirmed on Tuesday that Freeman had suffered a complete right Achilles tendon tear and had undergone reconstructive surgery. Although Sky Blue said Freeman was out indefinitely, the injury most likely has ended Freeman’s season before it began.

“So sad to miss the season,” Freeman said in a short statement posted to social media, “but looking forward to cheering on my teammates.”

Recovery mode. Sad to miss this season but looking forward to cheering on my teammates. I believe in this team with all my heart and can’t wait to see us reach new heights of success this year. #NoLeftTurn https://t.co/cUk8khd1fk

Freeman was one of the few bright spots in Sky Blue’s 2018 season, in which the team finished at the bottom of the NWSL table with a 1-17-6 record. Freeman started in all 21 appearances for the club last season for a total of 1826 minutes, third highest for Sky Blue (Sheridan and Killion, respectively, were above her).

The defender was entering her third professional season with Sky Blue after being selected as the No. 10 overall pick in the 2017 NWSL College Draft.

Hours before Sky Blue’s official announcement, Tiernan took to social media, where she confirmed the injury.

“Life has a funny way of knocking us off our feet and making us question everything,” she wrote. “My identity, my why, the sport I’ve given all of my blood, sweat and tears to for almost 20 years of my life has suddenly ripped me to pieces. The ugly truth: I tore my ACL.”

Tiernan was preparing to enter her third season with Sky Blue, the New Jersey native’s home team. She came to the club as the No. 24 overall pick in the 2017 National Women’s Soccer League College Draft and has since scored five goals in 42 appearances for the club.

“Jersey, once again, has showed me how loved and supported I am and that we can get through this together. So don’t you worry…I’ll be back with an even stronger fire in my soul,” Tiernan closed.

To add to Sky Blue’s injury woes, rumors of a third injury began circulating after Savannah McCaskill was seen on crutches at the club’s preseason match Friday night against Rutgers.

A club spokesperson has told Once A Metro that McCaskill’s lack of availability against Rutgers was “precautionary” and that the second-year attacker would “likely [be] available for the season opener.” However, sources have indicated that McCaskill has a sprained MCL and may be unavailable for a number of weeks.

Also worrying to fans was the knock that forward Imani Dorsey suffered in that preseason match, causing the 2018 NWSL Rookie of the Year to be exit the match in just the 30th minute. The club also stated that Dorsey will likely be recovered enough to be available for Sky Blue’s season opener.

Sky Blue FC opens the 2019 season on the road on Saturday, April 13 at 7 p.m. ET against the Washington Spirit.