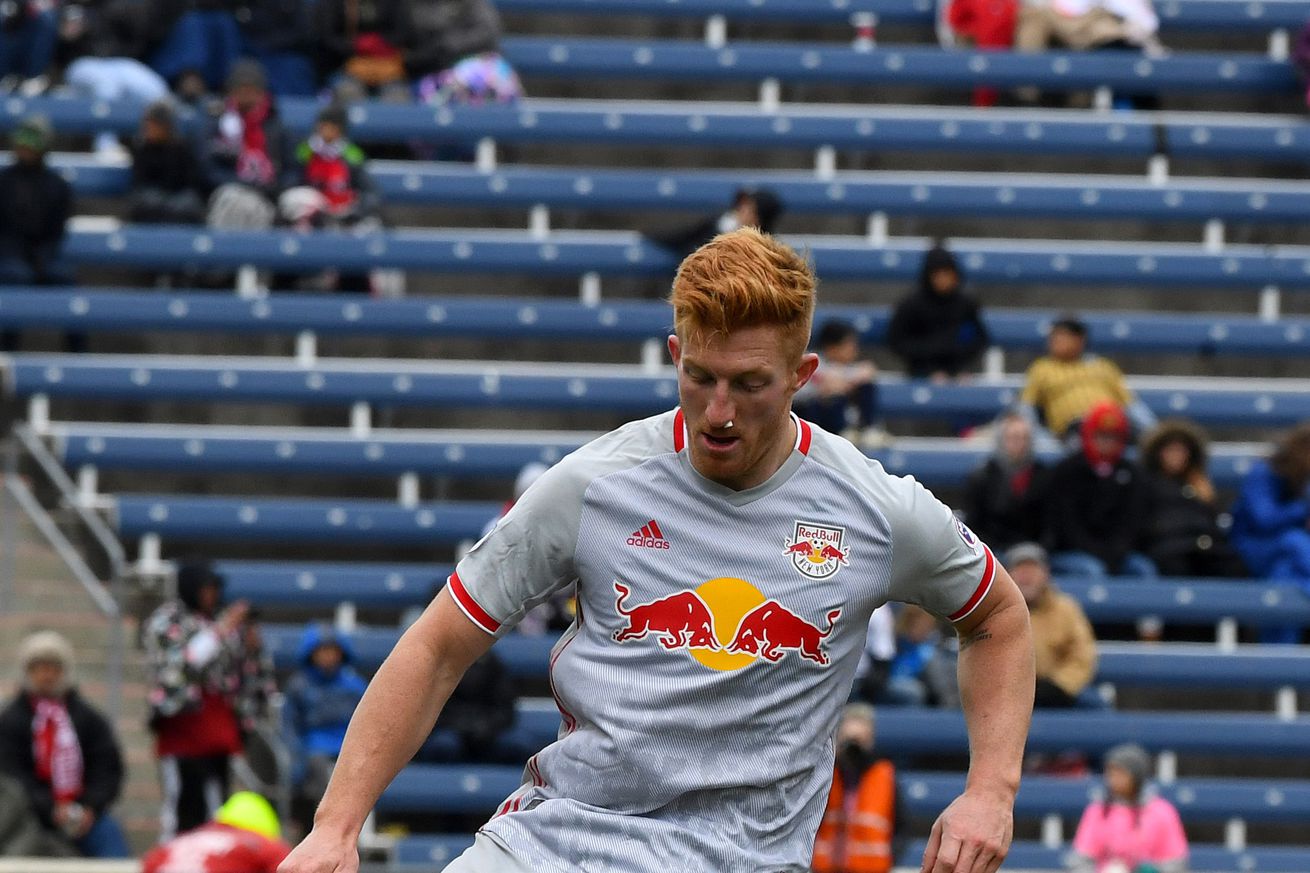 A crazy deflection off of Tim Parker’s goal line clearance attempt, goes over the goal line for a loss.

The Red Bulls in their early 209 league season are doing a good job in not allowing multi goals in their first four games, but the sad part is that they haven’t converted in the last 180 minutes either, which is becoming a big of a concern.

This time though it looks like friendly fire has brought them down this time, as they fall in the suburbs of Chicago by a final of a goal to nil. It happened in the early moments of the second half, where the issue went from concerned to horrific.

In the 48th minute a long ball would fall in front of several players and it would force Luis Robles off his line. As Nemanja Nikolic took a hard shot on frame, the ball nails the back post and out.

Then the problem came as Center back Tim Parker got to the open goal, tried to chest the ball down and then cleared it out. But the bench side assistant Jeff Hosking saw the entire ball cross over the goal line and raised his flag to signal a goal for the home team.

With the amount of replays available to VAR and the viewers both in Chicago and the New York City tri-state area, there truly wasn’t a solid view to overturn the call from the bench side assistant. The own goal stood and it had Parker’s name on it.

““As soon as I got into the locker room, I looked at the goal about two dozen times because from what my experience was on the field and the way I was trying to communicate to the ref is, that in this play, I wasn’t going down. Meaning that, it is very, very close, everything is pretty right after the other, bing-bing.” said Luis Robles “But when Aaron goes to head the ball, I am resetting my position to get ready for the next play. And this is when their player comes in and crashes into me, which then impedes my ability to then make the next play.

“That’s sort of frustrating because you’re trying to have a conversation so that they can at least interpret what’s going on. I am under the impression that they probably just reviewed if the ball went over the line. So it is frustrating, I am hoping that they looked at all of it, but I don’t know.

The discussion was like, there is no foul. Okay, well, can we at least talk about what you’re seeing? And after seeing it as many times as I did, of course in my mind, I am not totally sure when I am talking to the ref, but I know sort of what went on. And yet when you look at the replay, it’s confirmed what went on. As Aaron heads the ball, and I am looking to make the next play, a Chicago Fire player comes crashing into me.

Which then causes me to go to the ground, which doesn’t allow me to react well to, I think it was Nikolic, who hit it. I believe it was Nikolic who hit it off the post. It’s very unlucky for Tim to be on that position.”

It was very unlucky to see Parker in that position trying to clear that ball away from the goal line, and him trying to make sure, it never went completely over the goal line. Sadly that is the dangerous position for a Center back to clear the ball out.

But to be honest, the Fire were finding ways to stop the press of the Red Bulls. The entire first half, Chicago allowed the Red bulls to have a lot of possession, but did nothing to put anything on frame till the end of the first half.

Was it a solid ninety minutes of work? To earn a draw, it was, but sadly in this results business, the Red Bulls lost all three points to a side, that found another way to beat this Red Bulls side in their home ground.

“Look, we were put in another game where the opposition plays very direct, challenges our back line, creates a game of second balls, and a game of just really trying to turn our back line around, ultimately giving us the ball.” said Chris Armas “It put stress on our back line and we knew exactly what was coming. Nothing by surprise.

“It’s one thing to talk about it, and then go an execute it. It gave us trouble at times and ultimately they score a goal from almost like a harmless ball that we let bounce in our box.

We don’t deal with it the right way. They executed their plan pretty well. It’s really an ugly game that way. We weren’t as sharp as we needed to be.”

Four points in four matches A four game unbeaten streak at SeatGeek Stadium is snapped, but it’s still early in the season to get worried, but it’s early enough where you can get concerned. Time to get back home and face Minnesota United FC