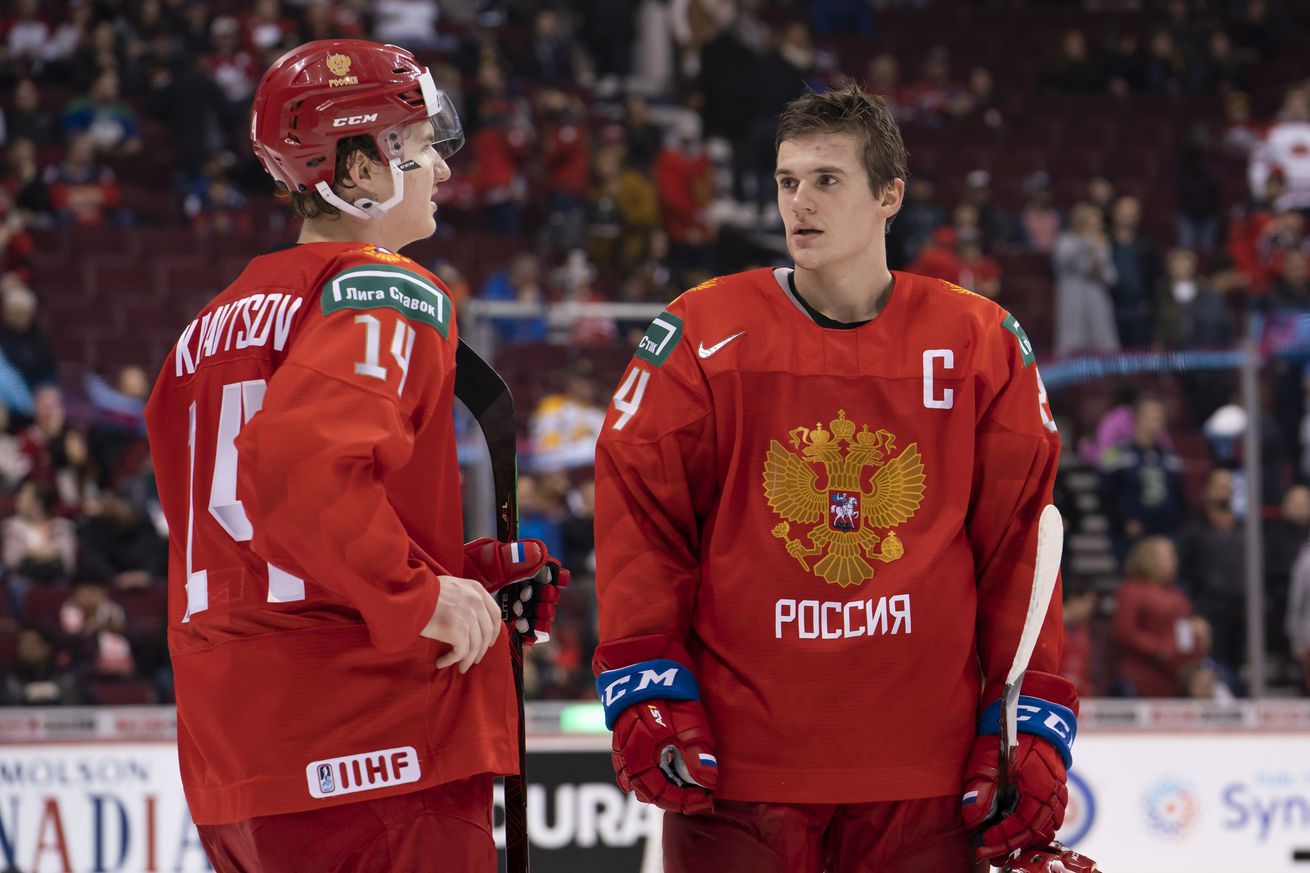 According to a report by Rick Carpiniello of The Athletic, the New York Rangers have agreed to deals in principle with prospects Vitali Kravtsov and Igor Shestyorkin. Because both played in the KHL this season, both remain under contract through April 30. That means that the Rangers can officially announce things come May 1.

Theoretically both teams could have released them from their respective contracts early, something SKA just did so that Nikita Gusev could sign with the Vegas Golden Knights, but doing so would have meant forfeiting their respective KHL rights. This is important in the event that the NHL has another work stoppage, and something Traktor mentioned weeks ago when making a statement on Kravtsov.

For reference, the last prospect the Rangers signed out of the KHL was Pavel Buchnevich, and his contract was up by the time he signed.

OFFICIAL: #NYR have agreed to terms with forward Pavel Buchnevich on an entry-level contract. pic.twitter.com/gqFSv0YeZG

Kravtsov appeared in 50 regular games for Traktor this season, and posted a line of 8-13-21. In the playoffs he recorded two assists in four games.

The expectation is that both Kravtsov and Shestyorkin will come to North America toward the end of May, and participate in prospects camp after the draft. The duo would then compete for roster spots in training camp.

Stay tuned for more information as it becomes available.