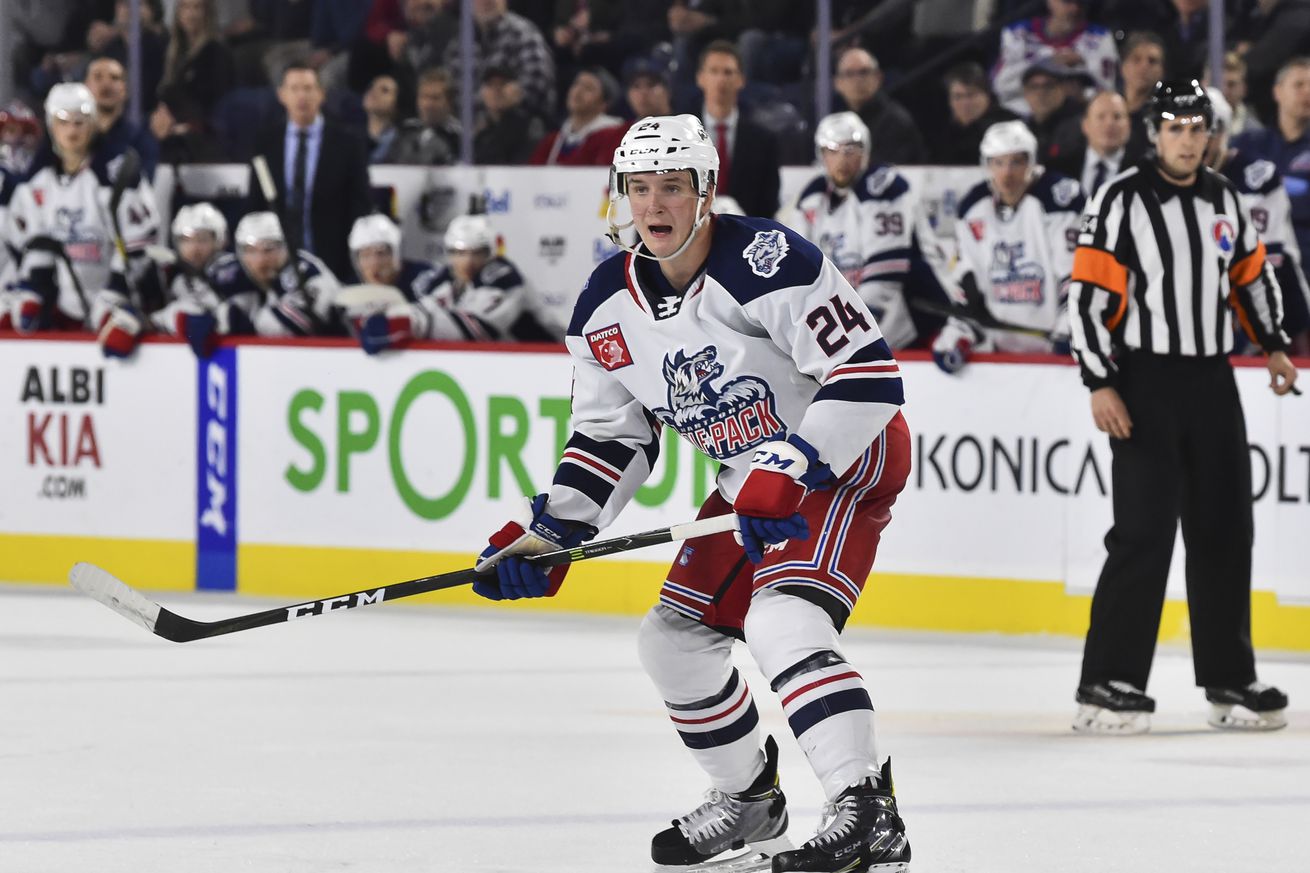 Fontaine’s 2019-20 was spoiled by a shoulder injury

The New York Rangers have announced that restricted free agents Darren Raddysh and Gabriel Fontaine have re-signed with the team. As of the moment, the terms of both contracts are unconfirmed, but are assumed to be near the league minimum. Both players are expected to spend the 2020-21 season in the AHL, but don’t count Raddysh out if he manages to turn the right heads in training camp.

OFFICIAL: The Rangers have agreed to terms with restricted free agents Gabriel Fontaine and Darren Raddysh.

Raddysh had 28 points in 62 games with the Hartford Wolfpack in 2019-20, which was his second season with the club. Raddysh was acquired by the Rangers on Feb. 19, 2019 from the Chicago Blackhawks in exchange for Peter Holland. Raddysh, 24, is an undrafted defenseman who won an OHL championship with the Eerie Otters in 2017 before going pro in the AHL in 2017-18.

The Canadian defenseman finished the season second in scoring among Wolf Pack defenders, behind Joey Keane who picked up 30 points in 49 games before being deal to the Carolina Hurricanes in the deal that brought Julien Gauthier to New York. His 19.93 eTOI/GP in 2019-20 led the Wolf Pack and he finished the season with an 8.24 EV Rel GF%. Those are impressive numbers for a Hartford team that struggled mightily to keep pucks out of its own net after Igor Shesterkin was called up to New York.

Fontaine, 23, was originally drafted by the Rangers with the 171st pick in the 2016 Draft. The 2019-20 season was his third year in the organization, but he played in just 13 games due to a season-ending shoulder injury. He finished the year with one goal, two assists, and four penalty minutes. It’s nice to see the organization choosing to give him another chance after such a tough break. Needless to say, the upcoming season — if it happens — will be a big one for Fontaine.

The Montréal native has averaged 0.31 Pts/GP in three seasons with the Wolf Pack. The 2018-19 campaign was Fontaine’s highest-scoring to date to the tune of 11 goals and 15 assists in 72 games. Fontaine is a natural center who played for the Rouyn-Noranda Huskies and the Sherbrooke Phoenix of the QMJHL before going pro in Hartford.