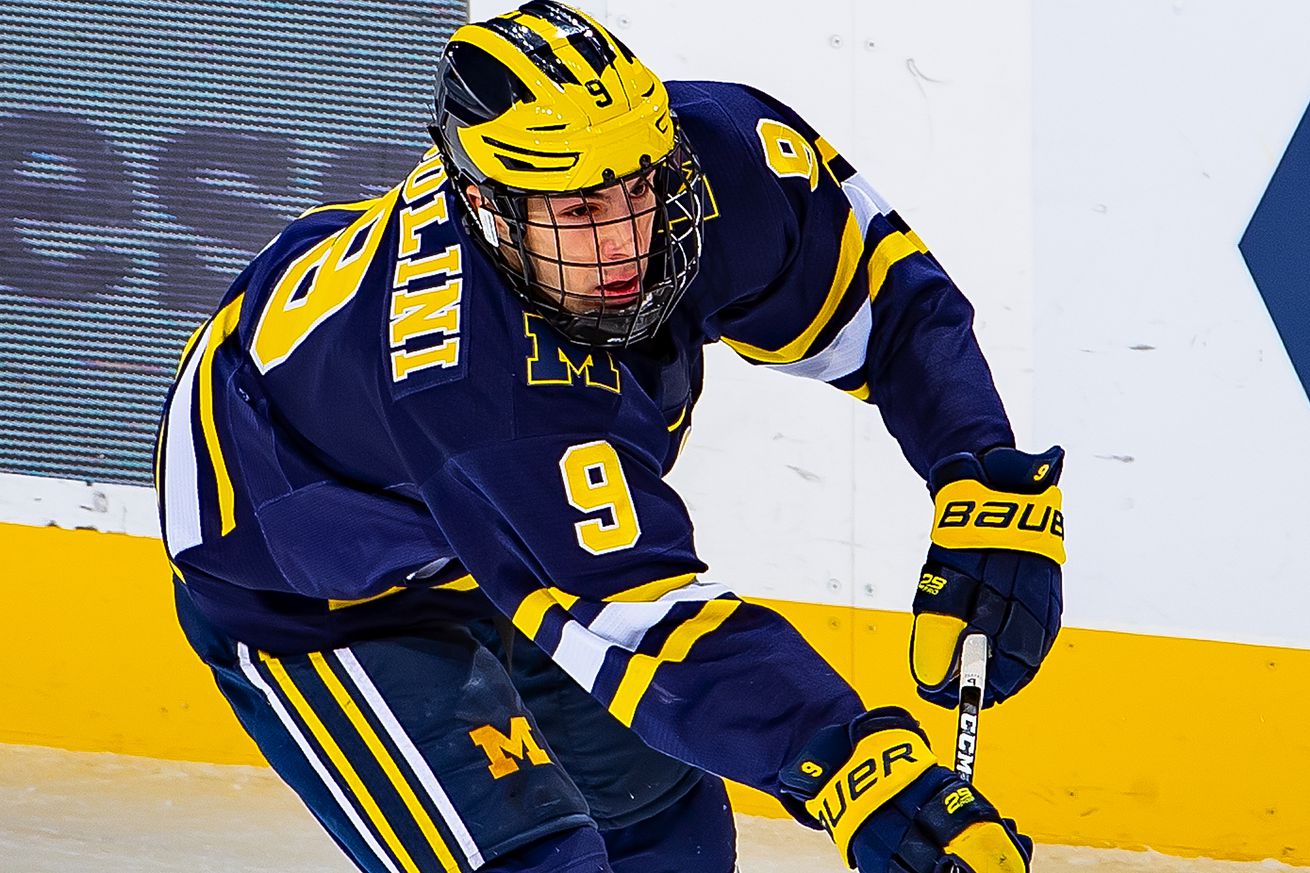 The 2019 seventh-round pick registered five shots in his first game for Michigan since February.

The 2019 seventh-round pick suffered a severe shoulder injury in February which required surgery and prematurely ended his 2019-20 season. After sitting out Friday’s season opener, Ciccolini saw his first action on Michigan’s third line and looked like his usual self. The sophomore put an impressive five shots on goal and was active away from the puck and unafraid of contact, showing no signs of lingering problems from his injury.

After spending much of last season on Michigan’s fourth line or as the 13th forward, Ciccolini will be looking to earn an increased role this season. Michigan’s lineup is stacked with an impressive freshman class so it’s not going to be much easier to earn those minutes, but a performance like Sunday’s will go a long way towards embedding himself in Michigan’s top-nine this season.