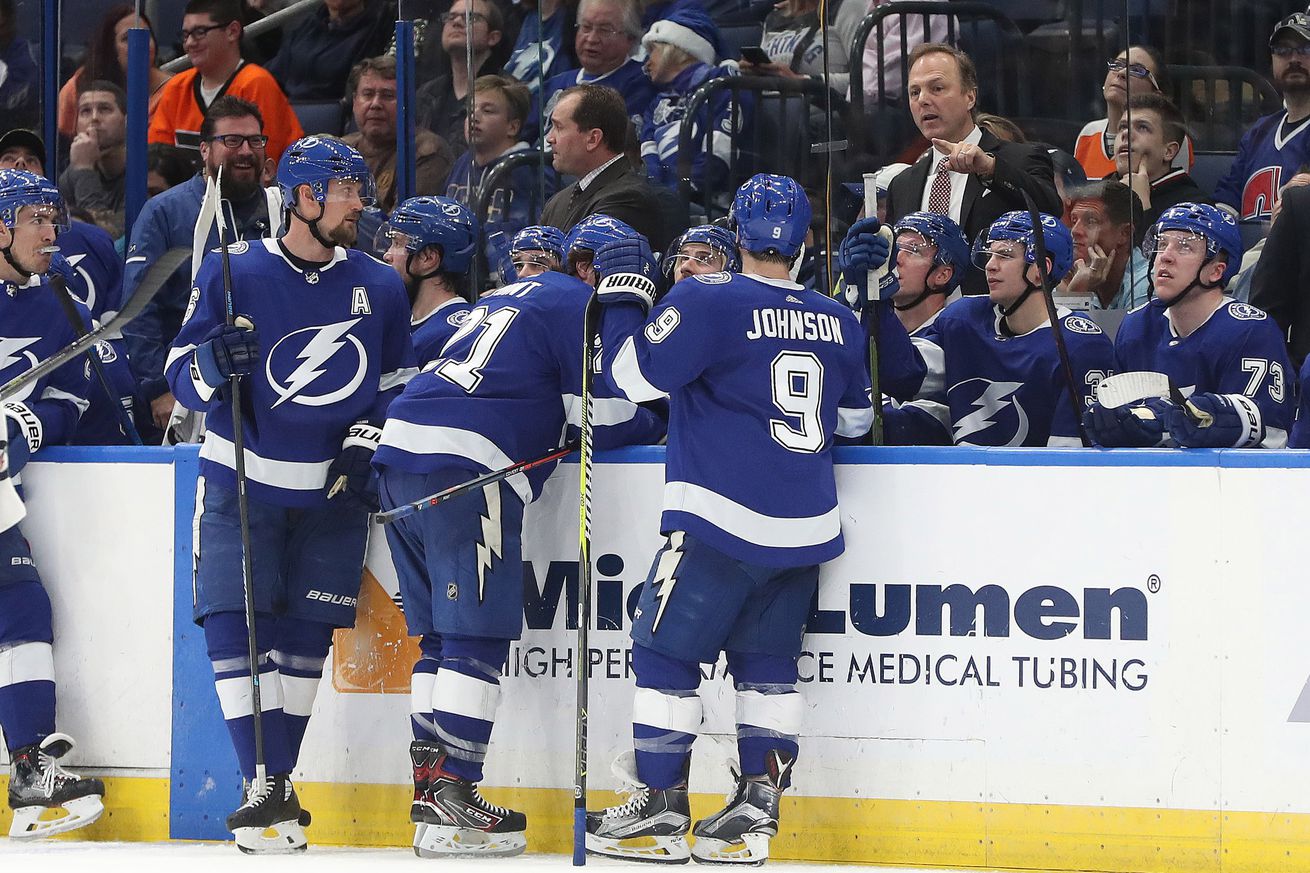 The Columbus Blue Jackets’ defeat of the Tampa Bay Lightning is one of the most stunning upsets that North American sports have ever seen. It’s on a whole different level than the classic one-off upsets like the Miracle on Ice or a 16-seed beating Virginia in March Madness. Columbus did not fluke their way to one win, or even a best-of-seven series win. They – a team who barely squeaked into the playoffs – swept one of the greatest regular season teams in NHL history.

The fallout, at least in terms of optics and discussion, is going to be monumental. A team that many considered a model franchise merely 10 days ago is going to now be picked apart in an attempt to figure out what went wrong.

Head coach Jon Cooper, the odds-on favorite for the Jack Adams, will now have his job security questioned. Nikita Kucherov and Steven Stamkos will be called chokers and not-clutch; never mind their elite performances in previous postseasons. Questions will be raised about the locker room and roster makeup. Are they competitive enough? Do they lack players who Know What It Takes? Is there a culture problem? Do they need a more physical presence?

All because of one bad week.

Humans are defined by our innate fascination with understanding everything around us. Our ability to ask “Why?” has driven humanity since the days of hunter-gatherers. It’s an incredible quality that has resulted in some seemingly impossible accomplishments. Just a week ago, scientists collaborated to take a picture of a Black Hole that was 55-million lightyears away from earth. That’s an absolutely incredible feat! And we humans did it all by ourselves! Amazing!

But within that comes a search for meaning, and with that comes an enormous existential dilemma. Why are we here? What’s the significance? We have few answers, and the ones we do have can be difficult to wrap our brains around.

For millennia, civilizations have created several ways to come find answers and meaning. Rain dances; Astrology; Superstition; Zeus; Tarot cards; Ouija boards; The Long Island Medium. These assert simple answers to complex questions, but perhaps more appealing is that they provide comfort. They give us a feeling of control; that I can and will decide my own destiny. If not I, then at least someone. Certainly not nobody, right?

They’re all illusions to cloak uncomfortable realities. We are entropy – silly bags of carbon – flying on a rock through an increasingly endless universe that is chaotic, random, and unsympathetic. We don’t have control. A meteor could wipe us out at any moment. The roulette wheel at the casino is going to stop on a completely arbitrary number. Bad things will happen to good people.

And sometimes, one of the top teams in decades will get swept in the first round by a team that barely held on to a playoff spot.

There are of course lessons to be learned. The Athletic’s Alison Lukan did an excellent job breaking down Columbus’ forechecking changes which stifled Tampa Bay’s breakouts. Some roster changes will happen, and it sure wouldn’t hurt to get younger and quicker on the back-end. Injuries probably also took a toll. Cooper and management now have six months to figure out what can be fixed and improved.

Ultimately, though, most analysis of Tampa Bay’s shortcomings will come ex-post facto as a means of fitting the narrative laid out in front of us. We like to believe that the playoffs are this mystical beast which requires a heavy dose of “It” to win. It’s a romantic thought. But at the end of the day, it’s still hockey. In some ways, invoking platitudes about playoff mentality and leadership and clutch performance might not look particularly different than the invocation of rain dances or horoscopes.

So why did Tampa Bay get swept? The best answer might come from Forrest Gump.

Sometimes the best team doesn’t win. In fact, they often don’t. The NHL playoffs are a hotbed for randomness.

As @RK_Stimp timeline alludes to, there’s an enormous amount of chance involved in NHL postseason series. A best-of-51 NHL series is needed to match the NBAs best-of-7 in terms of the better team advancing https://t.co/b8M0ICZpcp

That’s not something to bemoan, but rather the marvel of sports. Half-court buzzer beaters, no-hitters, holes-in-one, and the Miracle on Ice. We are infatuated with those things specifically because they are rare and are not supposed to happen. If we knew outcomes with 100% certainty then why would we even watch? What’s the entertainment value? Improbability is the bedrock of sports.

The Blue Jackets’ sweeping the Lightning was a highly improbable event. In fact, The Athletic’s Dom Luszczszyn calculated it at 2% likelihood. Hockey is a funny game like that. The Lightning have to own it. They hold a fair measure of blame for some of the particulars, but a lot of it is likely out of their control, too. Instead of forcing answers where there might not be any, maybe there’s meaning in embracing that; Accepting that things happen because they just do sometimes. There’s beauty in chaos, and that’s what makes the NHL playoffs so compelling.