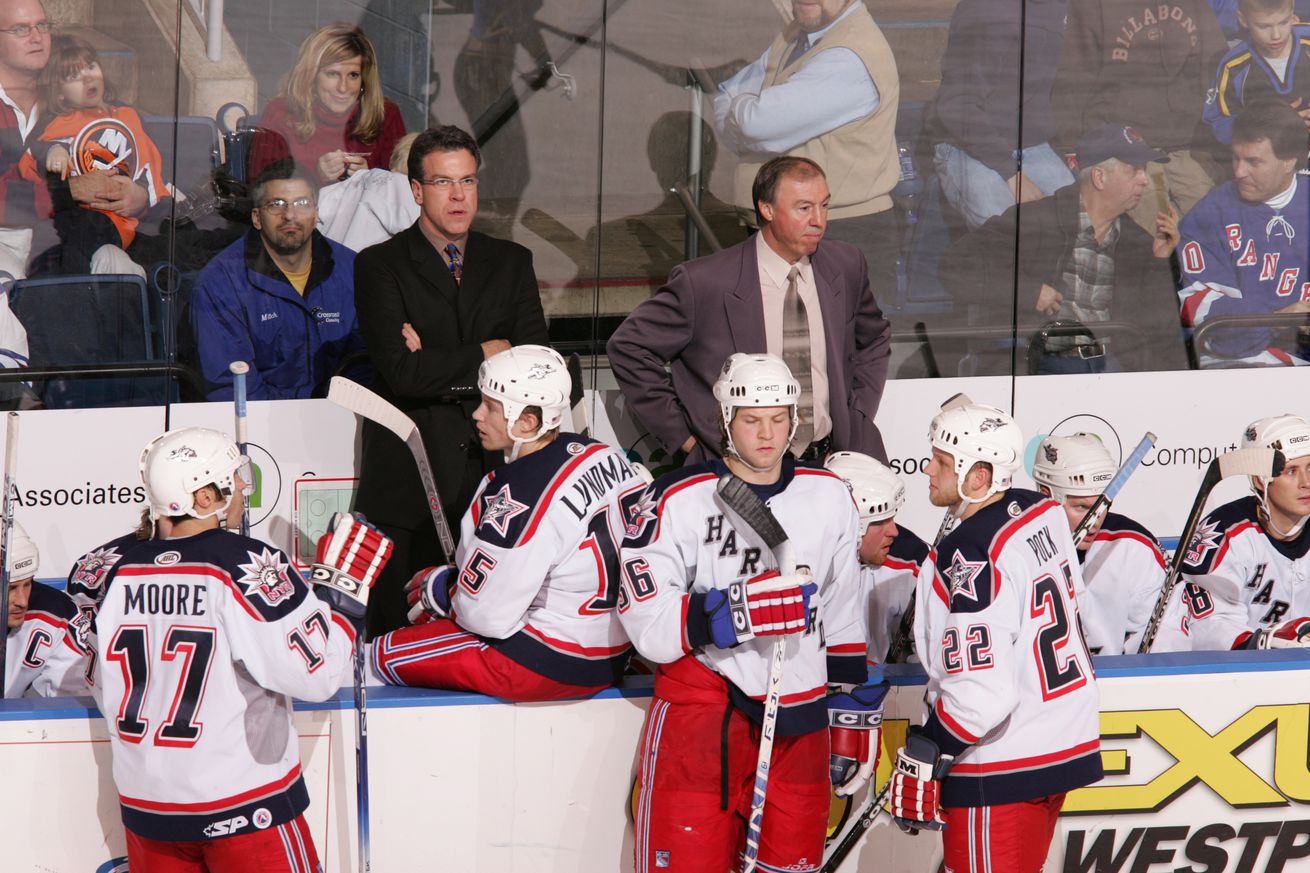 There aren’t many Hartford Wolf Pack coach pictures available. I used one of them earlier today.

The New York Rangers are shaking things up in Hartford and have announced changes to the coaching staff of the Wolf Pack.

OFFICIAL: Keith McCambridge has been relieved of his coaching duties with the @WolfPackAHL.

In addition, #NYR declined to exercise the option on Wolf Pack Assistant Coach Joe Mormina’s contract for the 2019-20 season.

The Pack are coming off their second-worst season in franchise history, and regressed during Keith McCambridge’s second season behind the bench as head coach.

He joined the organization after spending five seasons as the head coach of the Winnipeg Jets’ AHL affiliate, and spent one season as an assistant coach under Ken Gernander before taking the top job on June 12, 2017.

Joe Mormina spent a season coaching at Mercyhurst University prior to joining the Pack on August 1, 2017, and during his tenure in Hartford he was responsible for the defense.

The Wolf Pack were due for a shakeup, and this is likely the start of many changes to the Blueshirts’ AHL affiliate.

Stay tuned for more information as it becomes available.