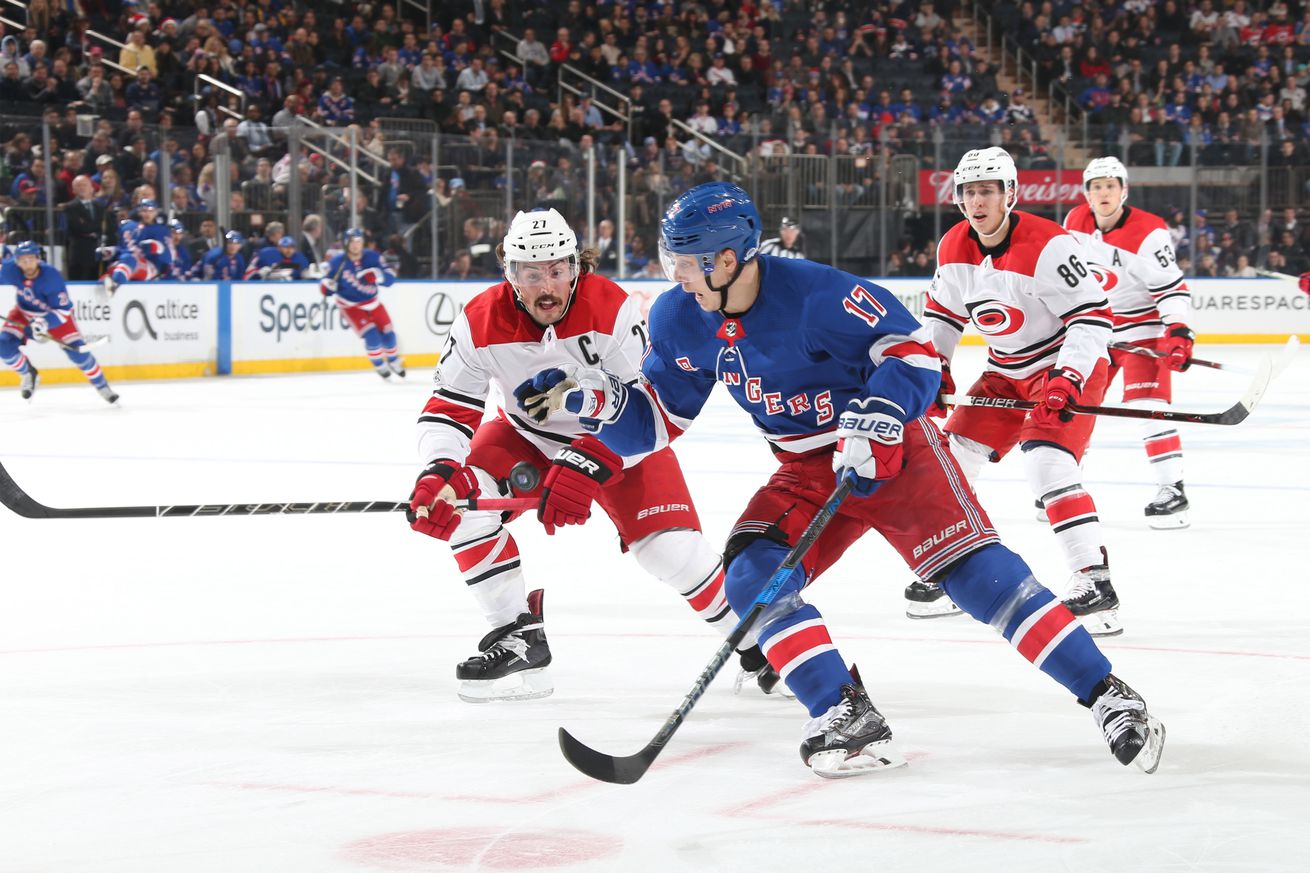 Jesper Fast has signed with the Carolina Hurricanes.

Fast is the latest veteran Blueshirt to depart the team, and it’s for quite a bargain too with the salary being just higher than the $1.85 million he cost against the cap last season.

His Ranger debut came on October 3, 2013 in a contest against the Phoenix Coyotes, and he became a roster regular the season after that. Fast scored the first goal of his career on November 29, 2014, in the second game of a back-to-back contest vs. the Philadelphia Flyers.

His career as a Blueshirt spanned seven season in which he appeared in 422 regular season contests, and 40 playoff games. Fast was beloved by his teammates, and won the Player’s Player Award for the last five seasons, tying him with Jean Ratelle for most overall wins.

Best of luck to Jesper with his new team, and thanks for his dedication and killer work ethic the last seven seasons.