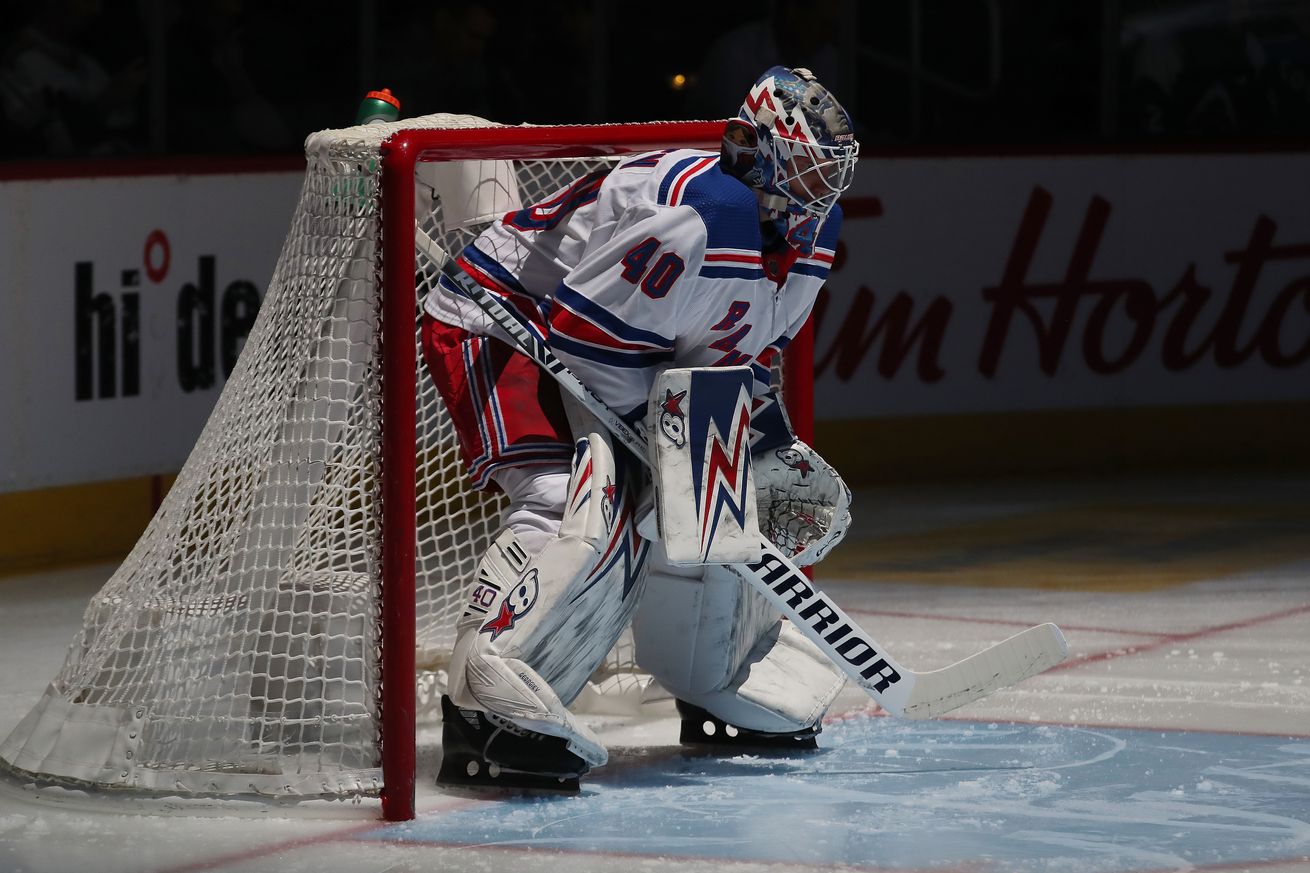 The New York Rangers have began handling some of their restricted free agent business and have agreed to terms with goaltender Alexandar Georgiev on a two-year contract. The deal is set to pay Georgiev with an annual average value of $2.425 million over the two-year term.

Georgiev had filed for arbitration and was scheduled to go before an arbitrator on Oct 31.https://t.co/l6IITZSoI6

The Rangers have agreed to terms with RFA goaltender Alexandar Georgiev. pic.twitter.com/iT9f7pAssX

The AAV likely came in a little higher than everyone was expecting, but this gives the Rangers a two-year window to continue evaluating their goaltenders. Igor Shesterkin, in all likelihood, will end up moving to the forefront in terms of starts but Georgiev will still be in the mix. With the uncertainty still surrounding the upcoming season, and the possibility of a condensed schedule, having two quality goaltenders will only help in the long run.

By signing the brand new deal, the Rangers avoid their arbitration hearing that was scheduled for October 31. Following the signing, the Rangers still have three remaining restricted free agents in Ryan Strome, Brendan Lemieux, and Tony DeAngelo.