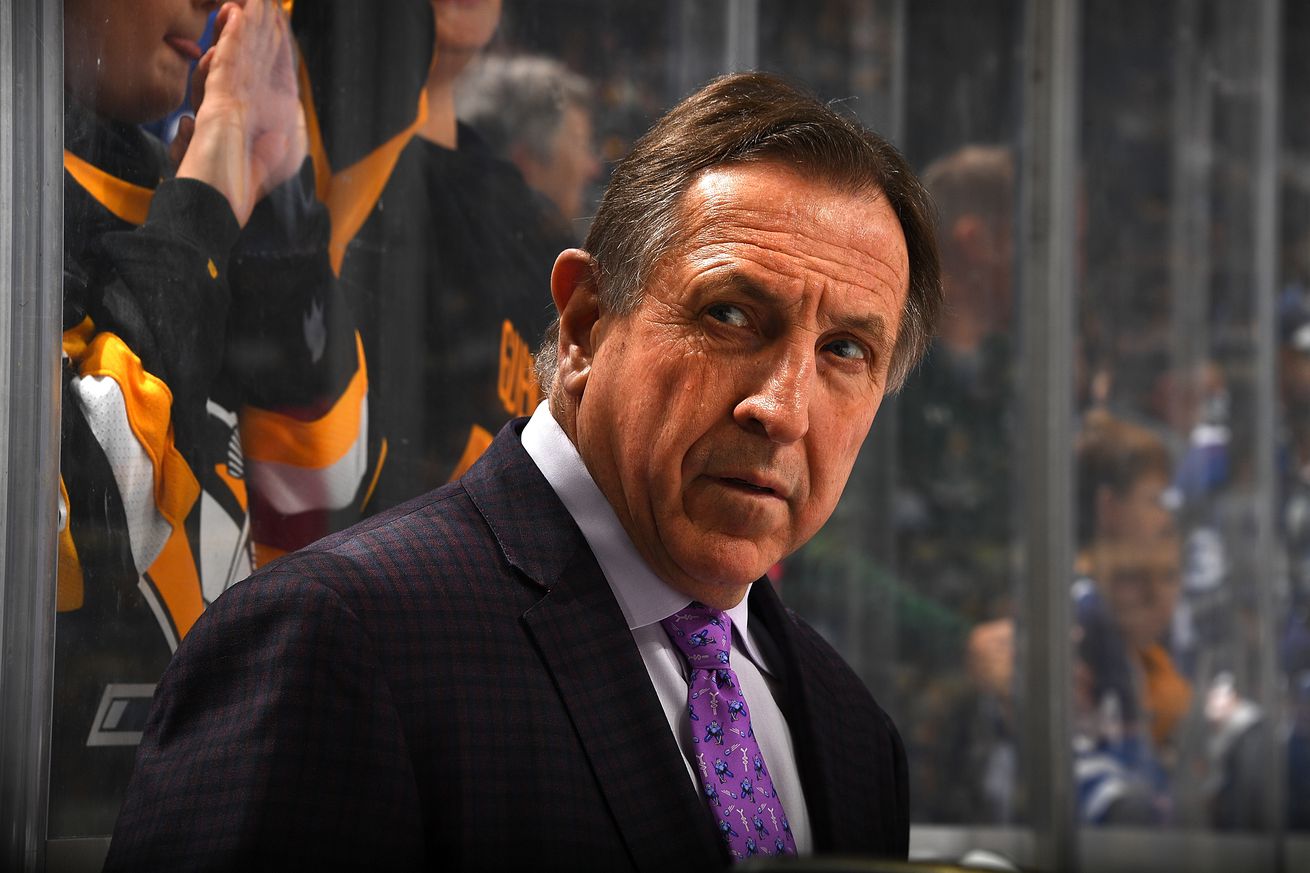 A big change behind the Rangers’ bench

OFFICIAL: The Rangers have named Jacques Martin as an Assistant Coach.

Unlike Ruff, Martin has a reputation as a defense-first coach.

Per Behind the Benches, Martin shared defensive coaching duties in Pittsburgh with Sergei Gonchar, but was at the helm of the Penguins’ penalty kill. Pittsburgh’s kill was tied for eighth in the league (82.1%) with the Chicago Blackhawks and the Calgary Flames in the 2019-20 regular season. Per Natural Stat Trick, the Penguins’ 2.09 xGA/60 (5v5 SVA) was tied for the fifth-best in the league in 2019-20; their 2.46 GA60 (5v5) placed 14th.

Martin has been a fixture in the NHL coaching community for decades and also has experience as a general manager. He has been coaching in the league since the 1986-87 season when he was the head coach of the St. Louis Blues. Martin won two Stanley Cups as an assistant coach with the Penguins in 2016 and 2017 and won the Jack Adams back as the Ottawa Senators’ bench boss back in 1999.

Ahead of the 2019-20 postseason, Ruff left the Rangers to fill the head coaching vacancy in New Jersey. The Rangers tapped Hartford Wolf Pack associate head coach Gord Murphy to fill in for Ruff for the Play-In series against the Carolina Hurricanes. Murphy joined the Wolf Pack’s coaching staff ahead of the 2019-20 season, after being let go by the Philadelphia Flyers on Nov. 28, 2018.