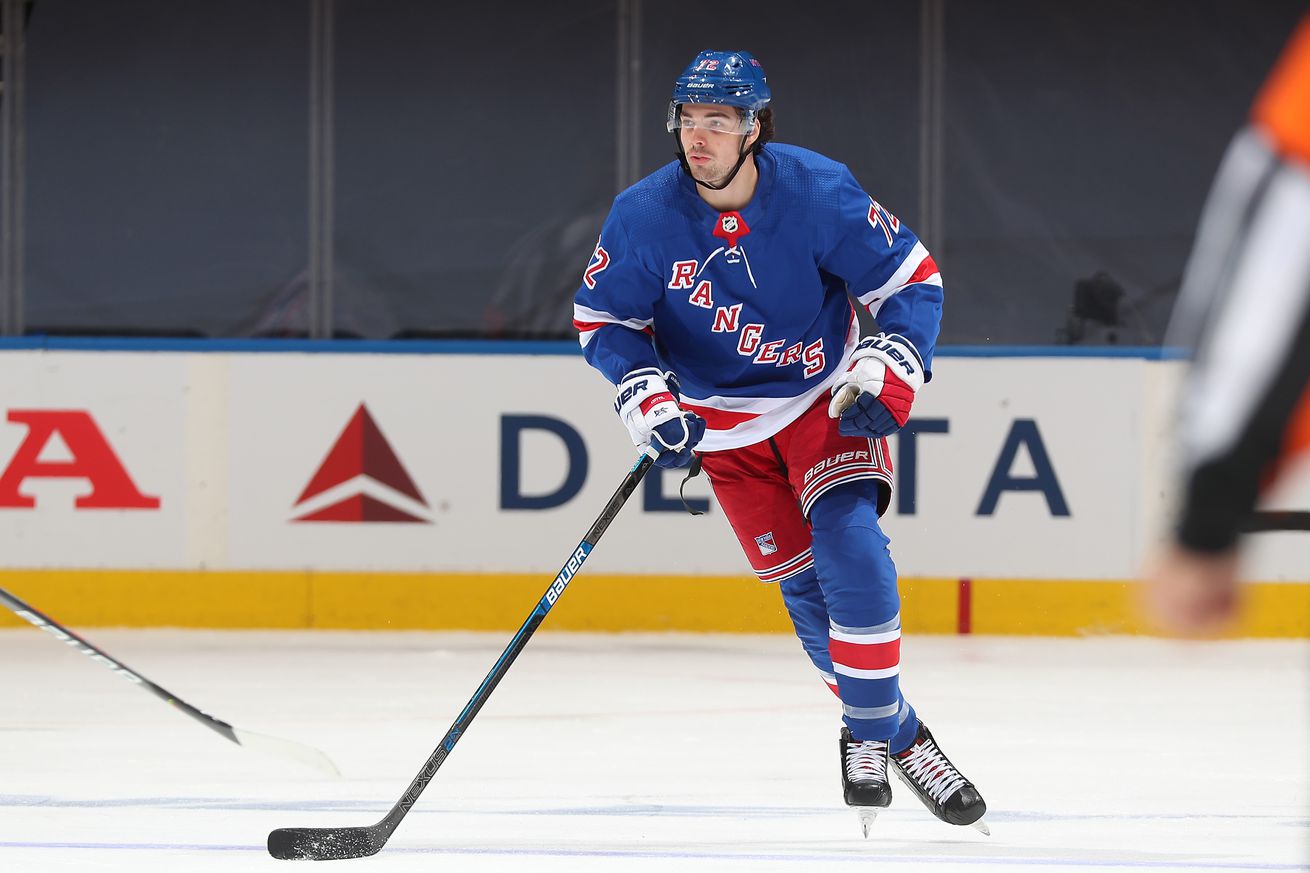 Coming out of the 2019 offseason, Filip Chytil was expected to solidify his spot on the main roster as the third line center behind Mika Zibanejad and Ryan Strome, maybe even push for that second line slot. It was the perfect opportunity for the then 20 year old center to develop and refine his game alongside two young wingers, the newly drafted Kaapo Kakko and 2018 9th overall pick Vitali Kravtsov. The 2019-20 season was perfectly set up for the Czech center to break out as the Rangers next great center and give the team the center depth any true contender needs.

For reasons we still can’t quite fathom today though many at the time cited more playing time, the Rangers decided that Filip Chytil wasn’t quite ready for NHL duty, despite the 75 games played the previous season, and sent the young forward to Hartford to open up the 2019 campaign. It was a curious move to begin with that drew more questions as Chytil dominated his brief stay in Connecticut with 9 points in 9 AHL games to go along with 34 shots on goal. Meanwhile, Brett Howden began the season as the Rangers’ 3rd line center and consistently struggling in all areas of the ice. By the end of October, though, a Mika Zibanejad injury led to an opportunity for Chytil and the Rangers recalled the young center along with defenseman Ryan Lindgren.

Upon arriving on Broadway, Chytil was immediately thrown into the fire lining up between wingers Chris Kreider and Pavel Buchnevich. That reconfigured 2nd line clicked, in 110 minutes of 5 on 5 icetime the trio put up a 63.4 xGF% (via Evolving-hockey.com) and was a bright spot for the Rangers offense that wasn’t the eternally shining Artemi Panarin. As the season ran on, Zibanejad returned and reclaimed his spot with his usual KZB running mates and pushed Chytil down into the 3C alongside a struggling Kakko and Howden. Chytil continued to plug along though, as he put up 23 points over 60 games played in the NHL, equalling his point total from his first full NHL season in 15 fewer games. His underlying numbers also improved, his -0.8/5.1 GAR/xGAR split jumped from his 2017-18 -3.3/-2.7 split. On top of that, the young center’s isolated impact continued to improve from his past NHL experience.

While it is probably hindsight to say Chytil shouldn’t have started the season in the AHL, it is worth pointing out that Chytil improved across the board this past season. When given the opportunity to play up in the lineup, the Czech center showed he could hang with the big boys and probably should have gotten a longer look in the top six before being pushed down the depth chart. The Rangers have some serious depth issues down the middle but Chytil’s performance this past season should give the front office and the fanbase some reassurance that, with some better linemates, Chytil can step up and help alleviate some of those issues.