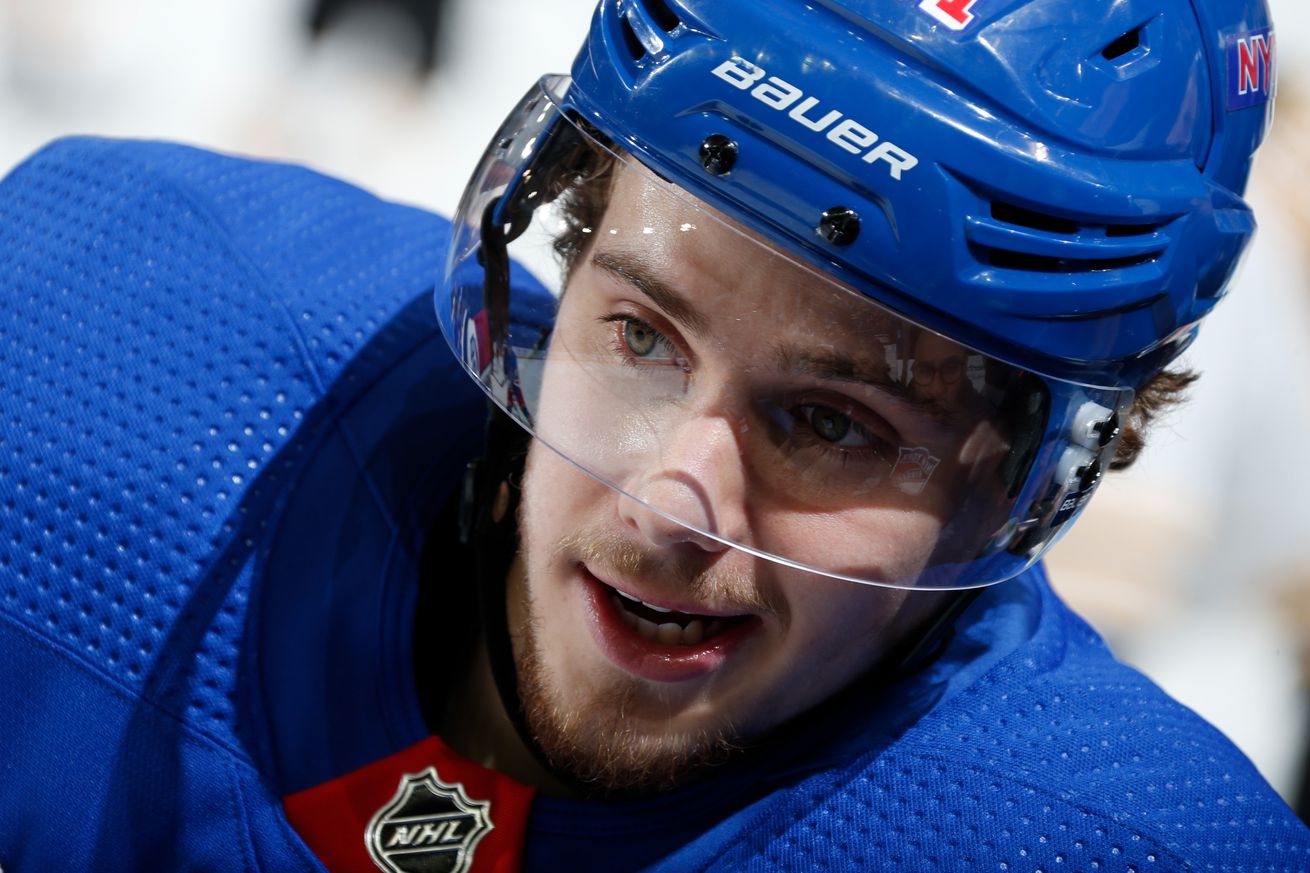 After struggling mightily during his rookie campaign, Howden was looking to turn things around during his sophomore season

As luck would have it, I’ve been given the task of grading Brett Howden’s performance for the second year in a row. After a rookie campaign that saw Howden score points at a promising rate but struggle at everything else, the second year center was looking to avoid a sophomore slump. My closing remarks for Howden’s report card last year were as follows:

If Howden can improve on his deficiencies from his rookie campaign, Jeff Gorton may have found himself his third line center of the future.

His deficiencies were putting up some of the worst on-ice defensive results in the league as a rookie. The prevailing thought last offseason was that the incoming influx of talent on the wings would help Howden’s defensive results improve, leading to a more complete player rather than the one dimensional offensive player Howden was as a rookie. So did that happen?

Compared to his rookie campaign, Howden’s performance was down almost entirely across the board. Raw points, points/60, relative shot, chance, and expected goals metrics were all worse this past season, and Howden only performed slightly better by Goals Above Replacement. The sophomore center ranked dead last or second to last among Rangers’ forwards in all of the aforementioned stats aside from points and GAR. His nearest neighbor in those metrics was usually Kaapo Kakko, and Kakko’s abysmal season has already been discussed.

Between Lias Andersson’s rough start to the season and Filip Chytil being assigned to AHL Hartford at the end of training camp, Howden had a prime opportunity to establish himself as one of the team’s centers of the future early in the campaign. After scoring the game winning goal against the Winnipeg Jets on opening night, Howden only contributed three points over the following 16 games. Meanwhile Chytil was recalled from Hartford at the end of October and made an immediate impact, tallying five goals and two assists in his first eight games after being promoted.

The Blueshirts’ forward corps was a tale of two halves. Their top six was among the better groups in the league, with Artemiy Panarin, Mika Zibanejad, and Pavel Buchnevich continuing to assert themselves as elite players at their respective positions. Their bottom six was one of the weakest across the league, and Howden’s consistent presence down the middle played a major part in that.

While Howden struggled on his own, the problem with assessing the team’s depth forwards is that they all struggled mightily when playing with each other, and all performed significantly better when given spot duty in the top six. Brendan Lemieux is a replacement level NHL forward that draws a lot of penalties, Brendan Smith is a defenseman, and Greg McKegg was an AHLer playing a role over his head. Kaapo Kakko struggled to adjust to the NHL as a rookie. The assortment of depth forwards that cycled into the lineup throughout the season (Micheal Haley, Steven Fogarty, Cristoval Nieves, etc) were all sub-NHL caliber players.

Aside from Jesper Fast and the late seasons arrivals of Phil Di Giuseppe and Julien Gauthier, the Rangers depth forwards stunk from head to toe. It’s easier to make the case for a player like Kakko, who performed horribly this season but had nothing but strong play through his history as a prospect, struggling due to poor teammates than it is for Howden, who was a sub-par NHL player last year and has never been projected to become an impact player like Kakko is.

The Rangers appear to view Filip Chytil was more of a winger than a center, leaving Howden penciled into a bottom six center spot, most likely on the third line. With #1 overall selection Alexis Lafreniere in the fold and most likely starting his NHL career on the team’s third line, Howden will likely be tasked with shepherding Lafreniere into the league whenever the the 2020-21 season begins. How long that lasts remains to be seen, but it’s something to keep in mind.

Brett Howden is entering the final year of his entry-level contract. The young pivot has arguably been a net negative presence on the Blueshirts for the first two years of his pro career, and there’s no reason to expect that to change next season. The shine of being a former first round pick has worn off, and it’s put up or shut up time for Howden.

Jimmy Vesey had a similar early career trajectory as Howden. A hyped up prospect viewed as a major prize after landing on Broadway, Vesey skated three mediocre seasons in New York before being shipped off to Buffalo to enjoy a fourth mediocre season. Vesey was a better Ranger than Howden has been so barring a massive third year jump, Howden’s time with the Rangers could be ending sooner rather than later. And that would be a good thing for the team.