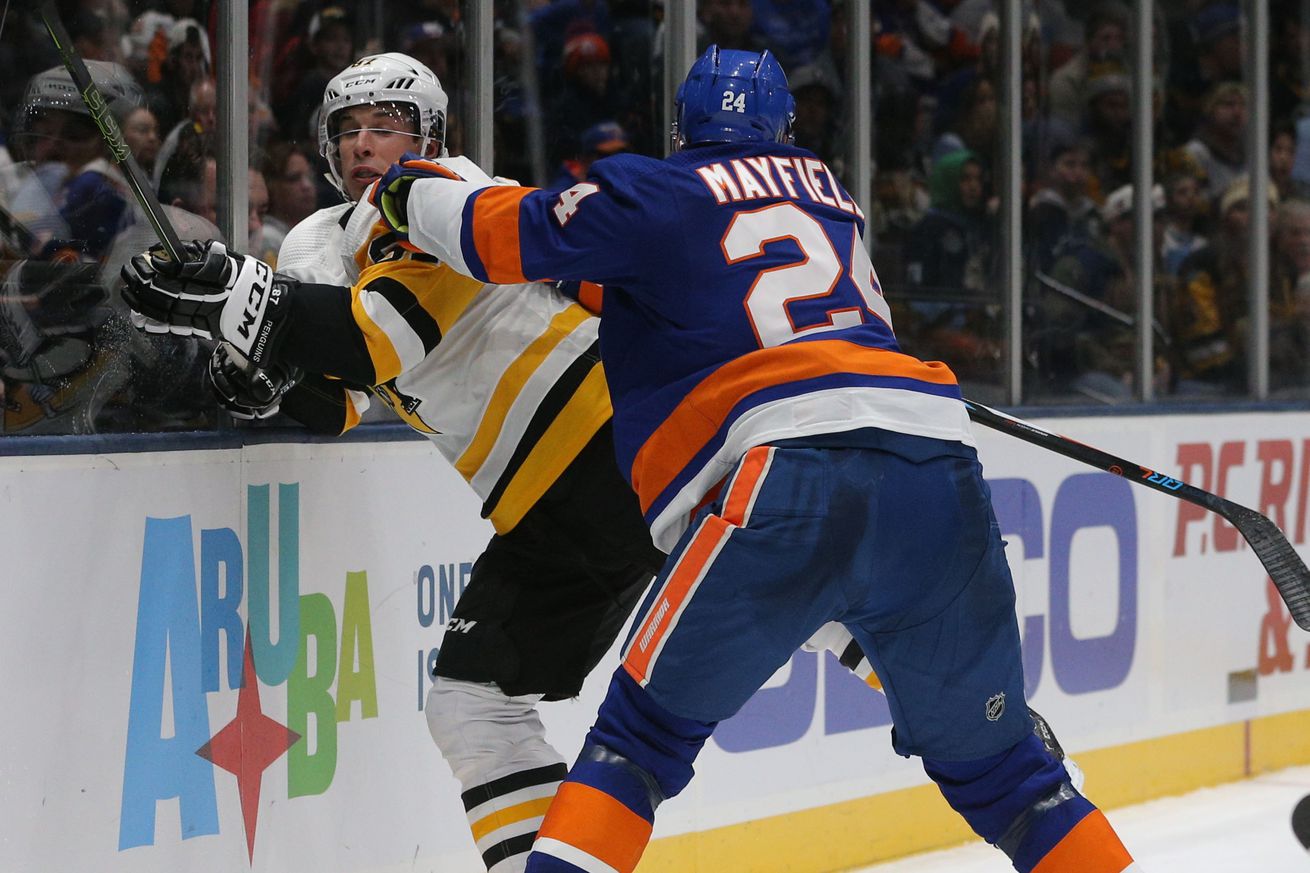 As the Islanders get ready to take on the Penguins tonight, I get ready for the push-and-pull I’m going to feel over the next two, four, six, or eight weeks.

On the opening day of the 2019 Stanley Cup Playoffs, I find myself torn between two halves of my own Islanders fandom, a feeling that started to arise as it became clear the Islanders weren’t going to miss the playoffs, even if they weren’t yet close to mathematically clinching.

One half remains content with the fact that they actually got to this point. This half remembers well what the team projected to be on July 1, and again in September, as the roster began to take shape. It remembers well the prediction I posted to this very site on September 20, that this team wasn’t going to make the playoffs, or even come all that close to them.

And here we are, cheering on a 103-point team playing Game 1 at home for the first time in a generation against one of the best franchises of this generation in the Penguins. This half reminds itself often of what many around here have said: that this is a team playing with house money, and that no matter what happens, this season was a success. A success that which might hopefully be a building block toward consistent playoff and Stanley Cup contention or one that might be a one-and-done. Either way, it was a fun season and turned out much better than what most of us had anticipated: a long season filled with reminders that a certain snake slithered away. This half, for better or worse, is used to being an Islanders fan — that is to say, getting to this point in the season is often the only consolation, and to do it in a year when they were supposed to be down and out entirely is a gift enough in itself.

But the other half is greedy. Grateful, of course, that they’ve gotten this far, but greedy. This half has come to believe in this merry band of, seemingly, misfits that GM Lou Lamoriello put together from the remains of the John Tavares Islanders and what many considered the free agent scrap heap, coached to near-perfection by last year’s Cup-winning coach, Barry Trotz. This half was a bit dismayed that they walked away from the trade deadline with nothing if only because it wanted the validation that came with a big deadline acquisition. But it has long since moved on from that, and is ready to go to war with the troops they’ve got. This half is hungry for playoff success, and right now.

You may say “well, Steve, every fan wants their team to win the championship every year, what makes you so special?” And the answer is: not all that much, because you’d be right there — I’m not special! But with Islanders fans like us, it’s different. The expectation for Islanders fans every single season is disappointment. Even when things seem like they should be good, we’re always waiting for the moment they won’t be, because we know it must be imminent. Every season, be it in November, January, March, or April, we’re just waiting for that other shoe to drop.

Things weren’t supposed to be good this year, and most would agree with that — I know there were a few bold optimists out there reading this that thought otherwise and I salute you, but you must concede that the Islanders’ situation entering training camp didn’t inspire a ton of confidence, even with Trotz in the fold. Losing a franchise player, filling his place from within a team that couldn’t make the playoffs consistently with him and a few other stopgaps, backstopped by two goalies whose previous seasons were mediocre at best. But things turned out to be pretty great with this team.

It didn’t seem to spell a 103-point season, nor second in the division and fifth in the NHL at the time; it certainly didn’t appear to translate to fewest goals against, nor allowing nearly 100 fewer than in 2017-18. All throughout the season, I tried to temper my expectations. I was skeptical through November, a bit less so through January, a bit more so again in March. Yet time after time, they pulled through. They’ve bent a bit, but never been quite close to breaking, and my expectations are rising.

Now, we’re in April. Only one season in my 24 years of life and fandom has the shoe not dropped by the end of this month (and the one time it didn’t, it thudded hard to the ground in the first week of May). While half of me accepts that this surprising season is already a success no matter what happens in April, the other half won’t be happy unless their season ends in June after 16 wins, unlikely though it may be. Of course we’re happy to be here, but who’s to say the other shoe has to drop this season?