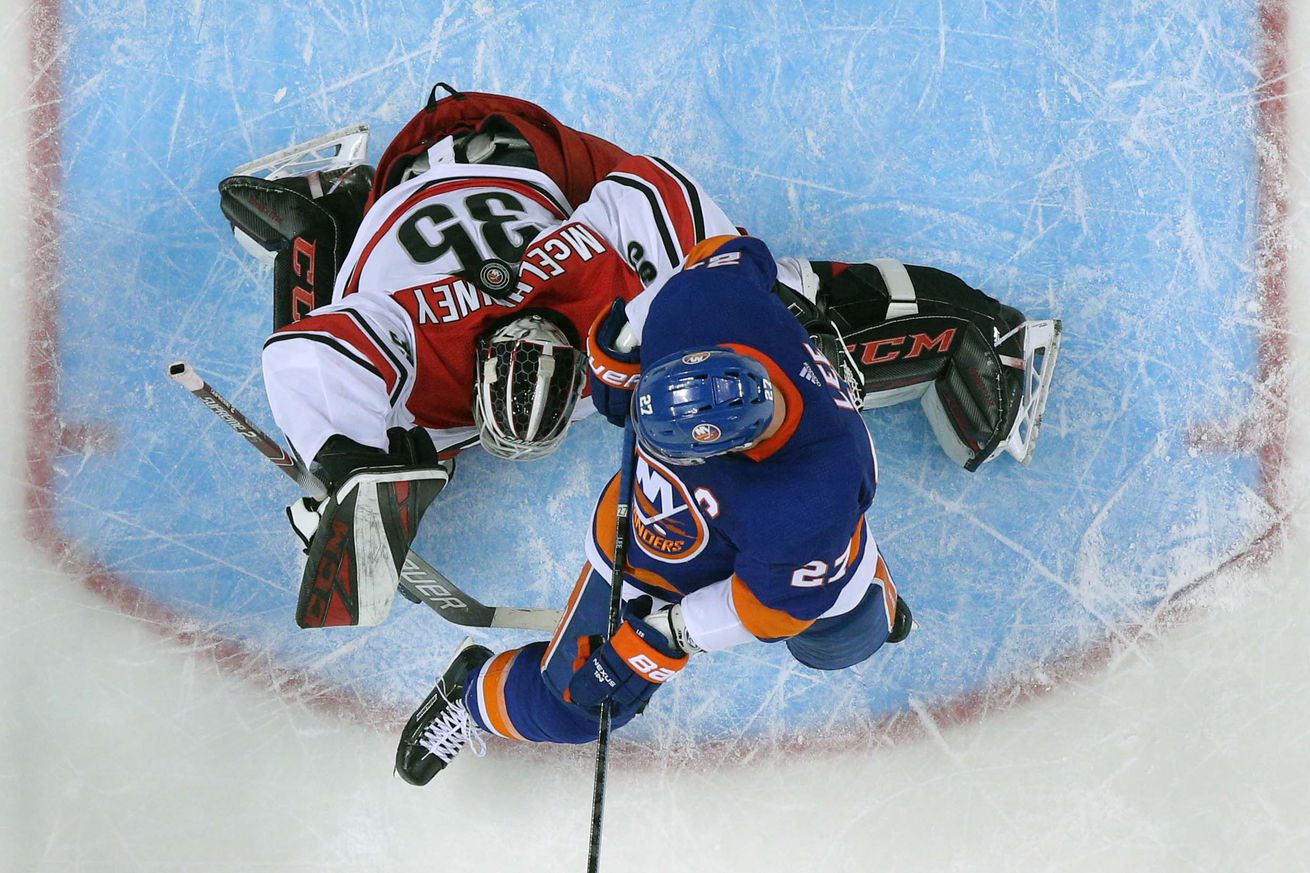 There’s still plenty of hockey left in this series. The luck is bound to change.

Book it, bookmark it, etch it into a piece of granite and call it my headstone. The Islanders are not losing this series despite dropping the first two at home.

Barry Trotz teams thrive on the road, and quite frankly, they’ve outplayed the exhausted Carolina Hurricanes through Games 1 and 2. The road team’s rabbit foot can only work for so long, and they’ve won four straight games — only the first one in that streak, Game 6 back home to force Game 7 against the Capitals, was deserving of a win. The Islanders weren’t going to win more than four in a row? Fine, neither are they, even with their crowd behind them. They’re going to go in there and silence them for two games, and finish the job in the next two, just as Trotz’s Capitals did to the Blue Jackets last year after dropping one-goal Games 1 and 2 at home.

I don’t like to make declarations like this, you know me. I don’t like to make these bold statements for fear of being wrong. And there’s still that lingering Islanders Dread due to a lifetime of disappointment at the hands of this organization. But I like this team. I got a good feeling about this team. And they’re going to remind me why.

“We know things are going to happen, we just have to respond to it. And I thought we did. We had a lot of chances, but the cruel reality sometimes is you play really well and don’t get the result. But you just stick to the process.” -Barry Trotz #Isles pic.twitter.com/CdPbThskjC

There was one other playoff game last night, Game 2 between the Avalanche and the Sharks. The Sharks had the early lead, but the Avalanche tied it and then took and added to their lead to make it 3-1 halfway through the third. Brent Burns got one back for San Jose, but Colorado hit an empty net to put it out of reach at 4-2. The Sharks did end up popping another one after that to make the final score 4-3 but the Avalanche did even the series at 1-1.