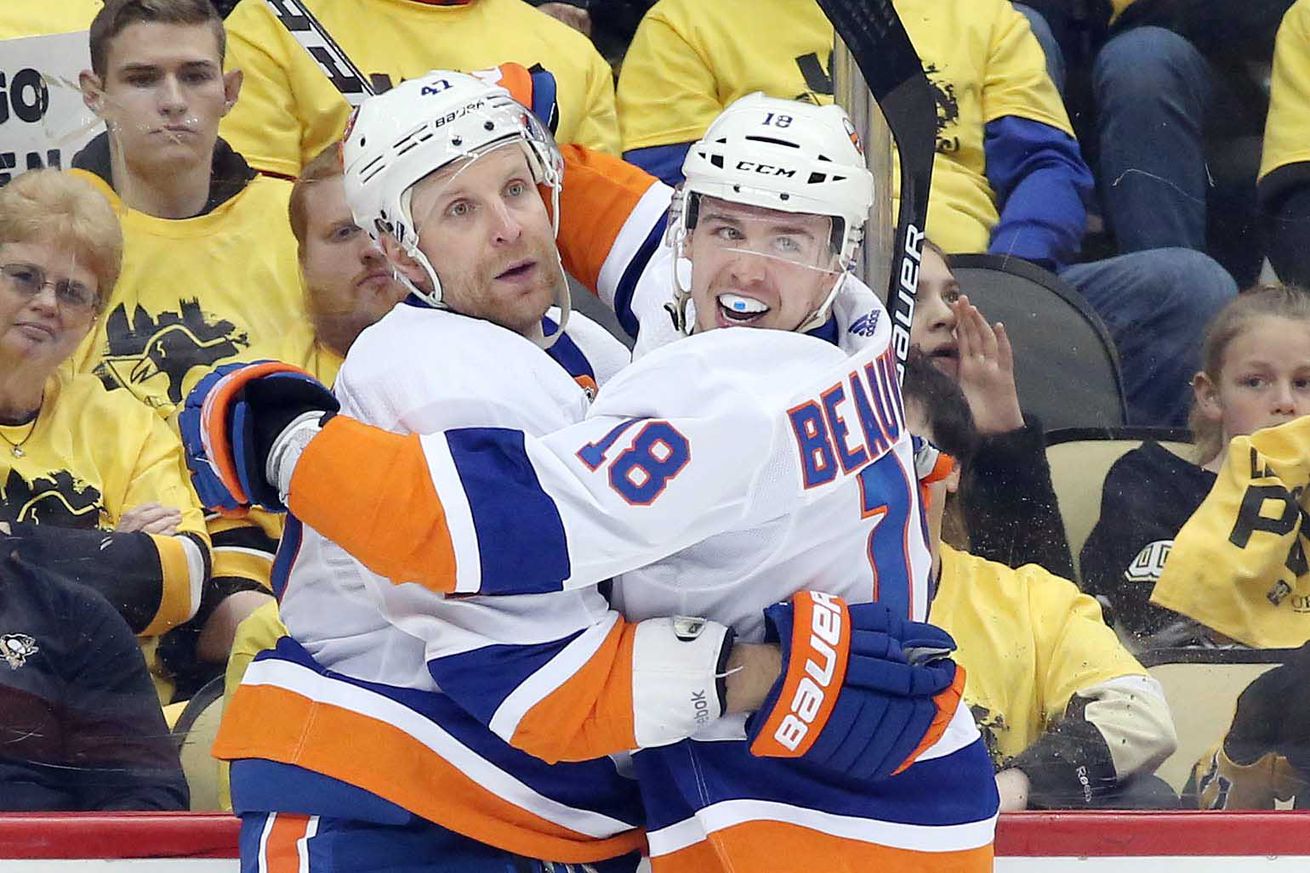 Not only are the Islanders up on the favored Penguins 3-0 in this series, but they’ve dominated their way into doing so.

Game 1 was the closest game in terms of on-ice play, because a track meet behooves the Pens’ style, but the Isles pulled it out and have been controlling play through their tight structure since, not allowing Pittsburgh to establish much of anything. I hate to quote Pierre McGuire, but the Islanders’ play through Games 2 and 3 has been, as he said during the broadcast, “surgical.”

This series isn’t over yet. The Penguins are still a talented team that could turn this series on a dime, and a series isn’t over until a team wins four games. They’re going to try their damnedest to not get eliminated on home ice Tuesday night. But if you wanted to pull your brooms out of the closet just in case…

“Sidney Crosby had 100 points in 79 games in the regular season. He has zero in three playoff games against the Islanders.

‘Really?’ Islanders defenseman Johnny Boychuk said after his team’s 4-1 victory over the Pittsburgh Penguins on Sunday gave them a 3-0 lead in their first-round playoff series. ‘I didn’t even know that.

Barry Trotz’s post-game press conference, in which he praises just about everything the Islanders have been doing and says they’re still not done, which they’re not:

“It starts with a care for each other. We get rid of all the me first. It’s we instead of me. That’s what we’ve talked about since day one of training camp.” #Isles pic.twitter.com/mPrgkfEGJN

Beyond the Blue and Orange