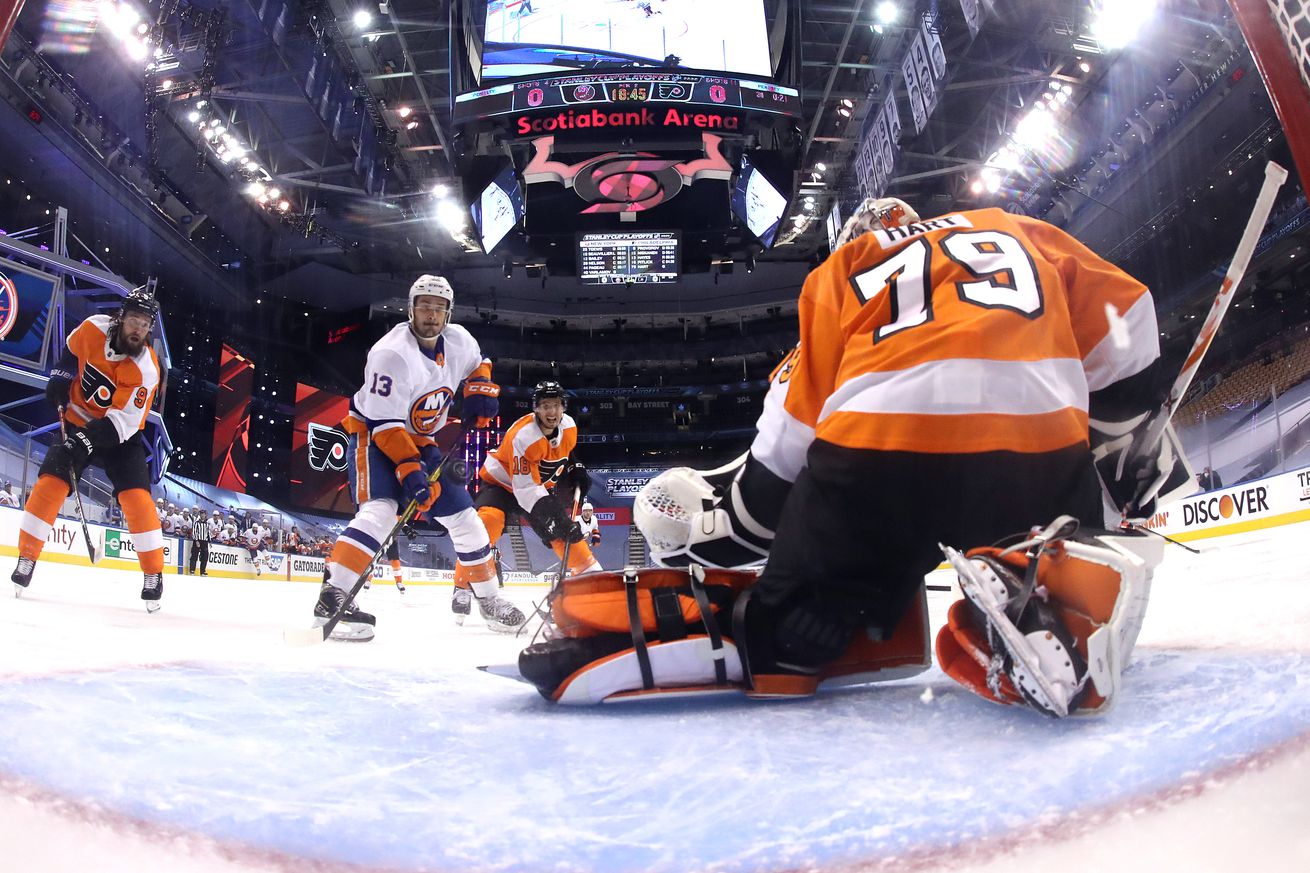 Please allow me to introduce myself, I’m a man of skill and haste. | Photo by Chase Agnello-Dean/NHLI via Getty Images

It would be really nice if y’all could end this now.

If before this series began you predicted it would end in six games…I sure hope you are proven right.

Taking a 3-2 series into tonight’s game in Toronto, the Islanders get their second chance to dispatch the Flyers for good. A win finishes the series and lets them pack their bubble bags for Edmonton. A loss means one more for all the marbles on Saturday.

The Isles’ only two losses have come after furious third-period comebacks that were then de-fairytaled in overtime, like someone coming in and stealing the final three pages of a great bedtime story. (Have I been stuck at home with young kids for five months? Perhaps.)

Both of the key centers who left Game 5 with injury, Mathew Barzal and Sean Couturier, were deemed gametime decisions, though Barzal was “trending” in the right direction yesterday, when they were likely monitoring the area around his eye for swelling or disrupted vision.

It would really change the dynamic for both teams if either player must sit out.

Alain Vigneault has, of course, been in this situation before and done just fine by himself. But that’s not what scares me; rather, this has and surely will continue to be a close series. While the Islanders deserve their series lead, both teams have had periods of really asserting their approach on the opponent, and each team has won a game where a little more luck (or a lot of Greiss) was on their side.

As always, perspective on the Flyers can be found via our friends at Broad Street Hockey, whom we hope to be wishing a fine and interesting offseason later this evening.