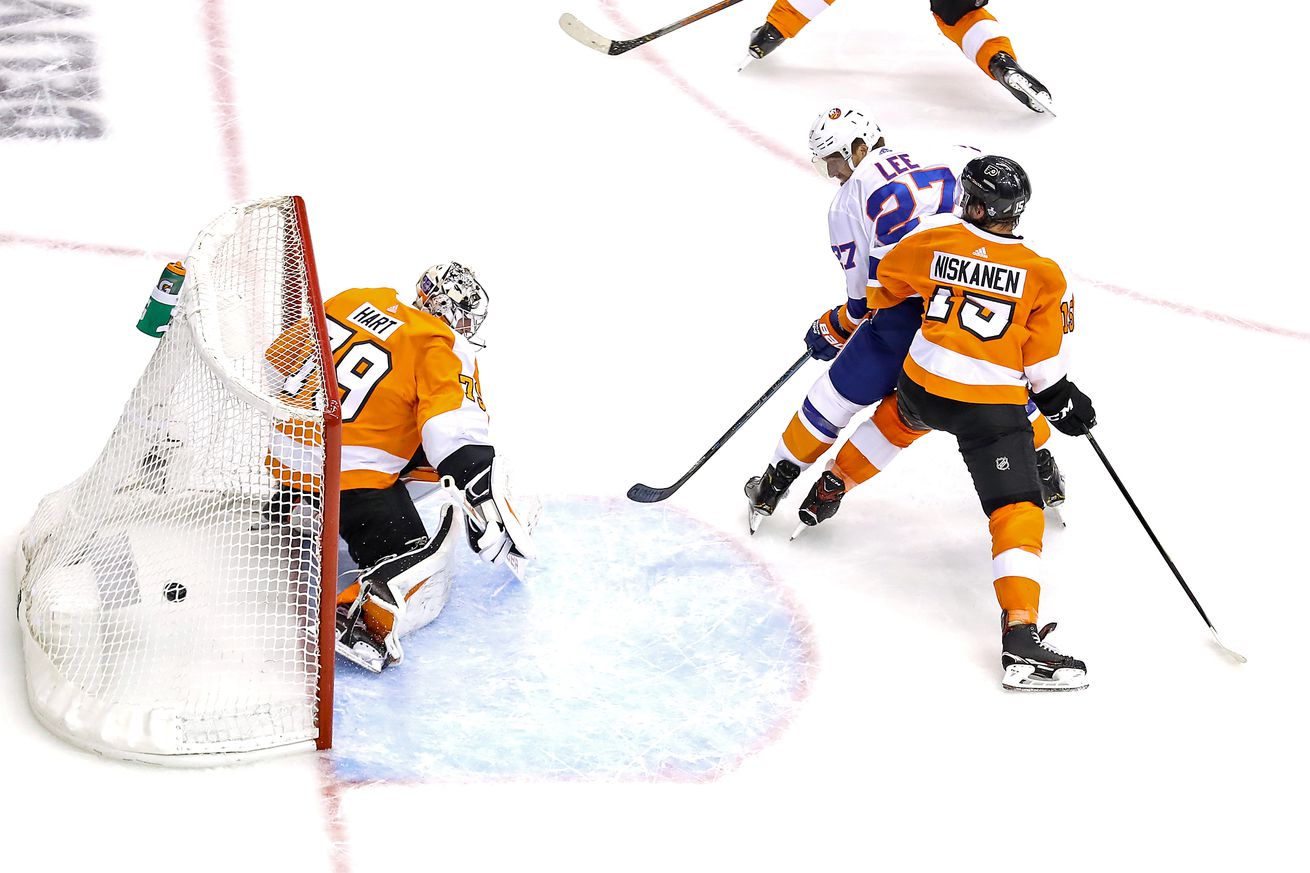 Now there’s a play that works. | Photo by Elsa/Getty Images

The Islanders and Flyers are back at it Saturday night for the first half of a back-to-back that could very well determine the direction of the series. Yes, teams that win Game 3 of a 1-1 series go on to win the series about two-thirds of the time, but the true significance will be in how the whole weekend plays out.

Without declarations otherwise, the lineups and starting goalies were presumed to be the same as Game 2, though Barry Trotz said whatever changes he originally planned two days ago would still be the case after the two-day pause. It will render here once updated. Regardless, any changes will be evident soon enough. (For example, you could picture Derick Brassard coming back in for Ross Johnston.)

Are you sending the #Isles good vibes on social media.? Did you chip in for the plane that towed the Lets Go Islanders banner over Toronto.? Well then, #Isles owner Jon Ledecky says “thank you.” @News12LI @islesmeetup_clt @Offside_Tavern @islessignguy @rdel76 #NHL @ExIsledUsher pic.twitter.com/zQWR5klBDZ

Last game’s steady comeback reminds us that the Islanders are never out of it, but…it would be nice to not give the opposition a three-goal headstart this time, yeah?

Here are the pre-game jitters from the other side over at Broad Street Hockey.