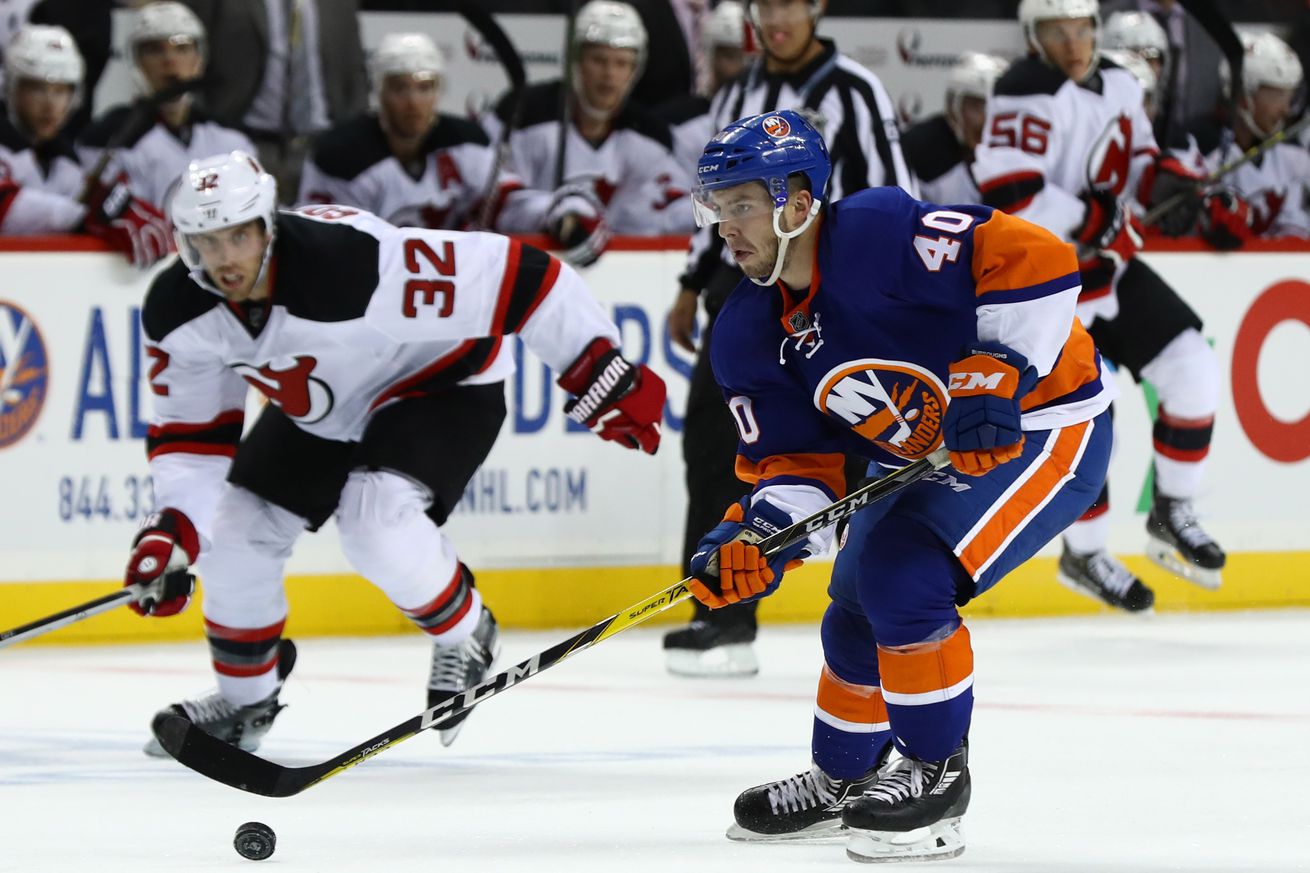 Farewell and good luck in the mountains. | Photo by Al Bello/Getty Images

The Islanders were still in fairly inflexible cap territory as the free agency period inched along into Day 3, but they did have some minor news:

Key RFAs Ryan Pulock and Devon Toews filed for salary arbitration (as did Josh Ho-Sang), meaning if they can no longer sign an offer sheet from another team and their contracts will be determined one way or another by the time of their yet-to-be scheduled arbitration hearing.

Separately, the Islanders announced a defenseman-for-forward trade at the minor league level: They’ve sent defenseman Kyle Burroughs to the Colorado Avalanche in exchange for A.J. Greer. Greer, 23, had 44 points in 54 AHL games last season with the Colorado Eagles.

(The Avalanche made a much bigger forward-defenseman swap today, exchanging Nikita Zadorov for Brandon Saad as part of a four-player trade with the Blackhawks.)

A 6’3 left wing from Joliette, Quebec, who also played two years with Boston University, Greer was Colorado’s sixth-leading scorer last season. In four AHL seasons he has 58 goals and 127 points in 199 regular season games. We’ll see if he can translate that to some much-needed offense for the Bridgeport Sound Tigers.

Burroughs, 25, logged 313 regular season games with the Sound Tigers over five full seasons plus a ATO in 2013-14. He is a success story as a seventh-round pick (196th overall) who’s carved out a steady AHL career. With the Islanders’ deep blueline pool he never has an opening for an NHL callup, but he was a mainstay on their AHL team and was part of two of their all-too-rare postseason appearances.

When will either of these players appear for their new organizations? No telling. The NHL hopes to begin the 2020-21 season around Jan. 1, but that’s far from certain. The AHL is busy with player signings but it’s unclear when they’ll be able to resume play, and under what conditions.