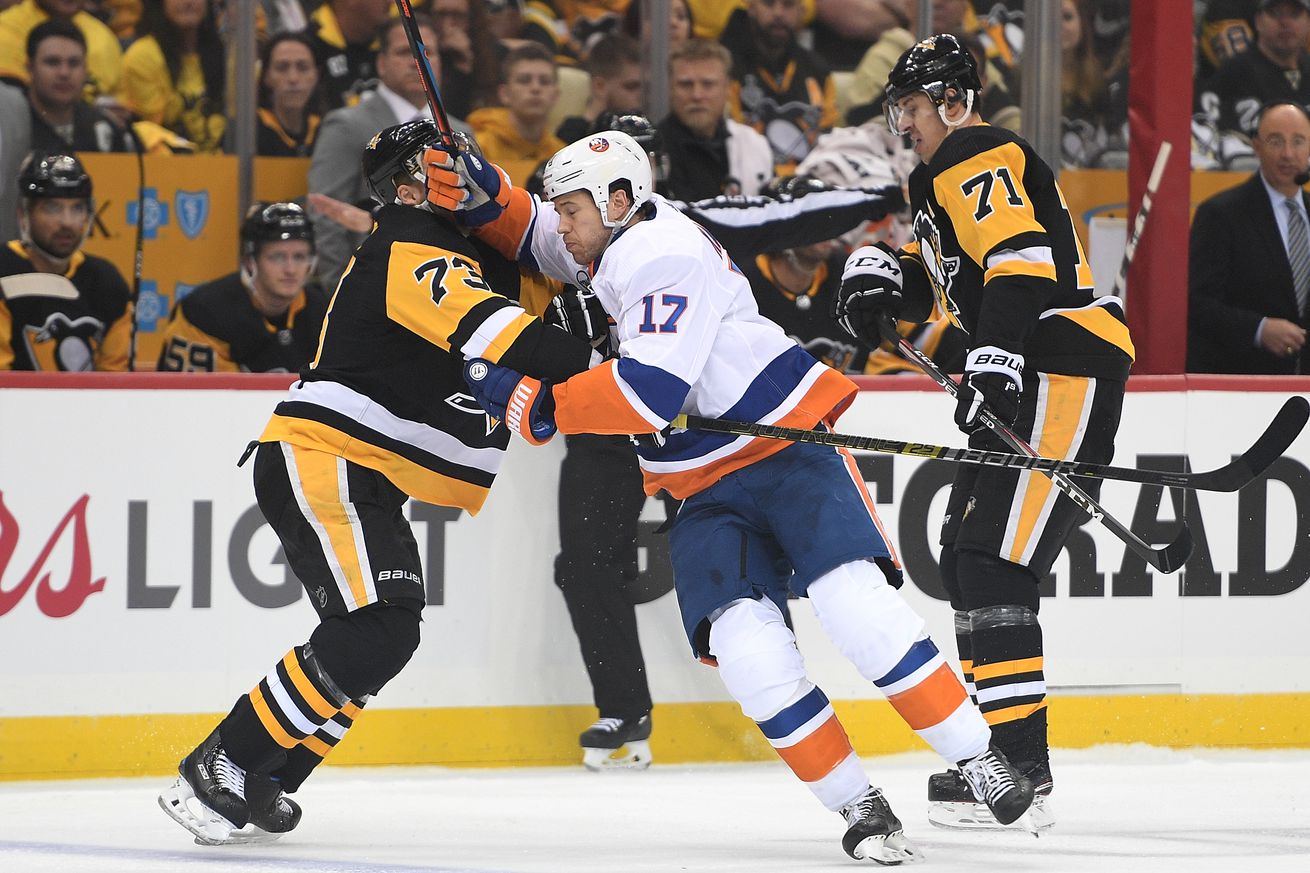 In which the Islanders aim for the sweep, which would be really nice.

Sweep-eligible Games 4 are always a fun wild card, because the underdog can be expected to give its best, final death desperate kicks at staving off death. But as soon as any adversity hits, it can be so easy to pack it in.

Tonight the Penguins power play or general luck might turn around and give them a feel-good win in front of home fans. Or they could hit another post, face another Lehner wall, and wither in silence.

Here’s to rooting on the latter. Leave your First Islanders Goal picks here.

The Predators pulled ahead 2-1 in their series with the Stars, thanks in part to Ben Bishop playing awfully. The Capitals were destroyed by the Hurricanes. Also, Alex Ovechkin fought Andrei Svechkinov and it ended badly for the rookie: