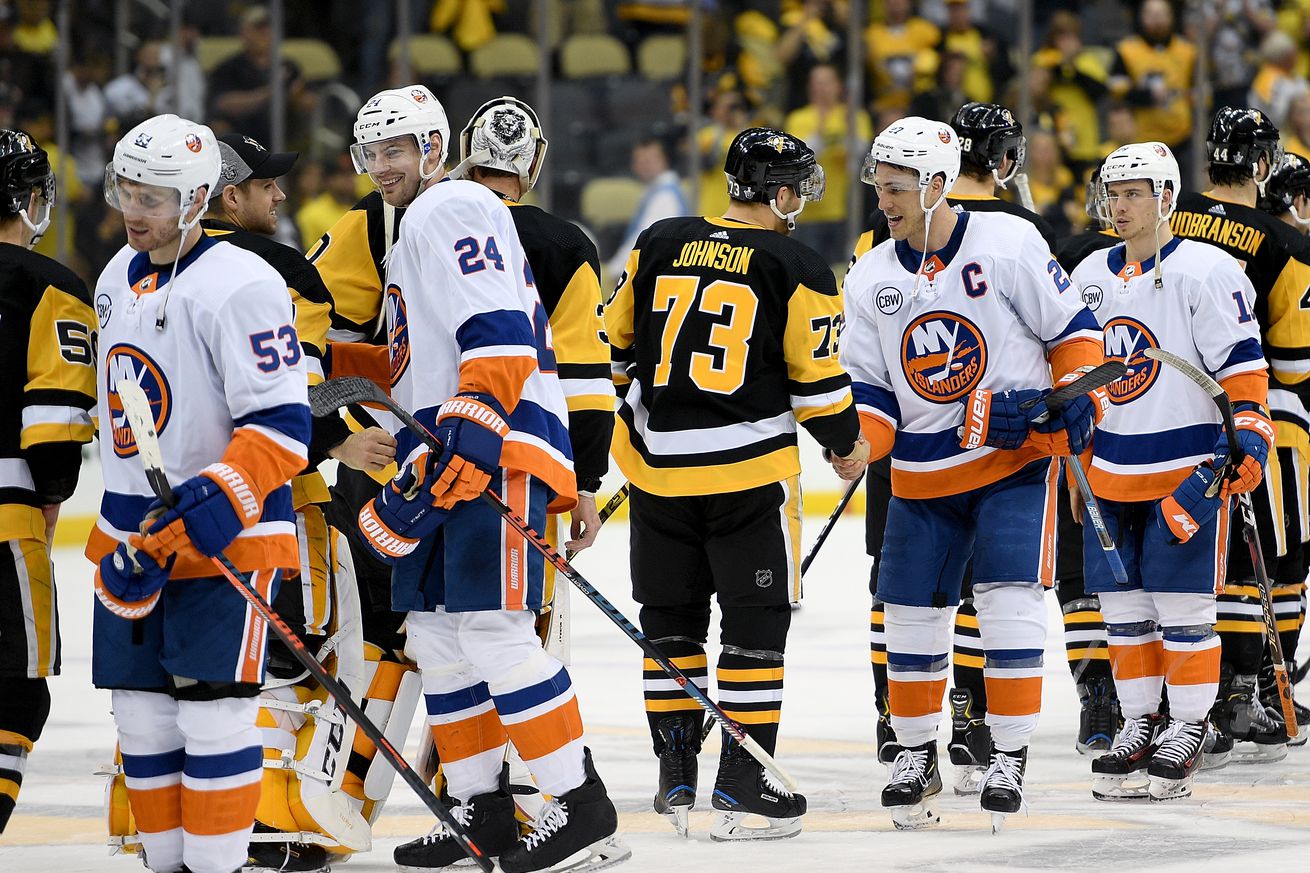 New York gets a timely rest thanks to gutsy effort after Clutterbuck, Boychuk leave with injuries.

Wow does this feel different than 2016.

That year Thomas Greiss was every bit as huge as Robin Lehner now, and John Tavares was big like Jordan Eberle and Brock Nelson have been over the past week. But there’s been something about watching Barry Trotz roll four lines and so many players clearly understanding their assignments in every situation, it’s different than that series against the Panthers, even though the scoring margins were every bit as close.

And while that year I personally felt bad for the Panthers and their fans, there is zero remorse in dispatching the Penguins in short order, and watching their media and fanbase turn on the team. (Also: The Islanders are now 4-1 all time in playoff series vs. the Penguins. Order is restored.)

But every playoff series is different. Every victory has a different sweet flavor profile. This one? Instead of being about removing the monkey and ending the drought since 1993, it’s about what may be yet to come this spring and — no matter how the next round goes — how things are looking up for the next few years.

Hey you, stop that or they’ll call…(they didn’t call a penalty. Well, I mean they did on Barzal, but…):

Mat Barzal has had ENOUGH of your cross checks pic.twitter.com/ZzktpBzAvn

The final seconds & the line as the #Isles SWEEP the Penguins! #LGI #YESYESYES pic.twitter.com/74rObJaGyo

Close series? Yes, for sure each game was. But also:

Final series stats: #Isles trailed for only 4:51. Pitt had an empty net for longer than that — 5:55. #NYIvsPIT #StanleyCup #SWEEP

“We have a good team and we’ve been overlooked a little bit” #isles pic.twitter.com/HKAycoTC3r

And you, Matty Marts:

Matt Martin: “We believe in ourselves. We pretty well just have our fanbase and our families and this group that believe in us. That’s all we need. We really don’t need anyone else’s validation. #Isles

That wasn’t the only sweep last night. As you surely heard, the historic Lightning went down to a historic first-round sweep. Never before has that happened to a President’s Trophy winner. It’s also the first Blue Jackets playoff series win, meaning all 31 franchises have now enjoyed the right side of the handshake line at least once.

Poor Jon Cooper and the Bolts. The sadness: