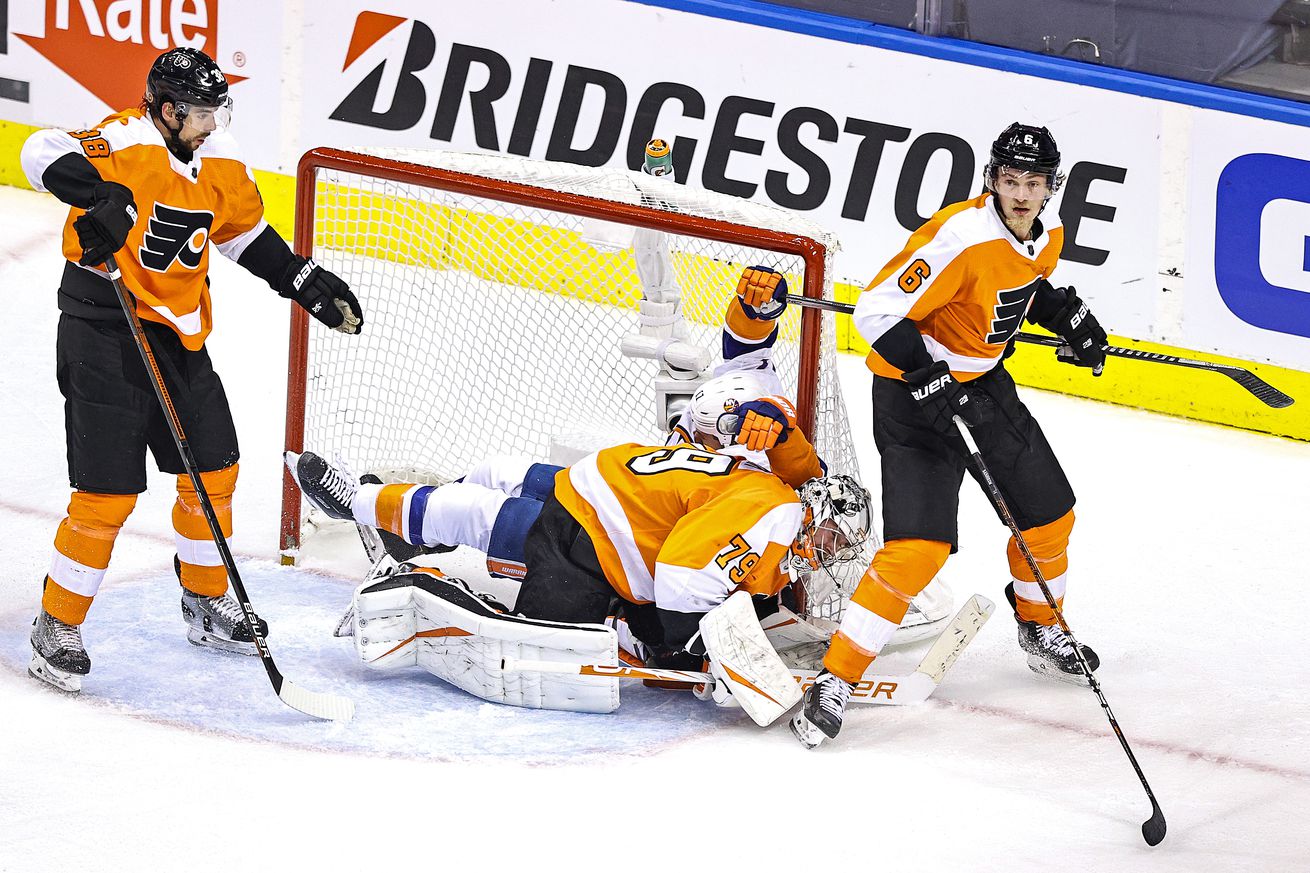 The Islanders and Flyers prepare for two days that could turn the series.

After a two-day pause to discuss issues and next steps for the world outside The Bubble, the New York Islanders and Philadelphia Flyers are back at it today to resume their series in a “swing” Game 3 with the series tied at 1-1.

Though the timing of Thursday’s postponement gave players some rest after an overtime game the afternoon before, one variable was not changed in the revised schedule: They will still have back-to-back games for 3 and 4 (though no longer for 6 and 7).

Whether that affects the goaltending assignments for either team remains to be seen, and likely turns on how tonight’s Game 3 goes. Puck drop is ostensibly at 7 p.m. EDT.

By Sunday night, this series will either be in a 3-1 executioner’s position for one team, or we’ll be tied at 2-2 with a long week ahead.