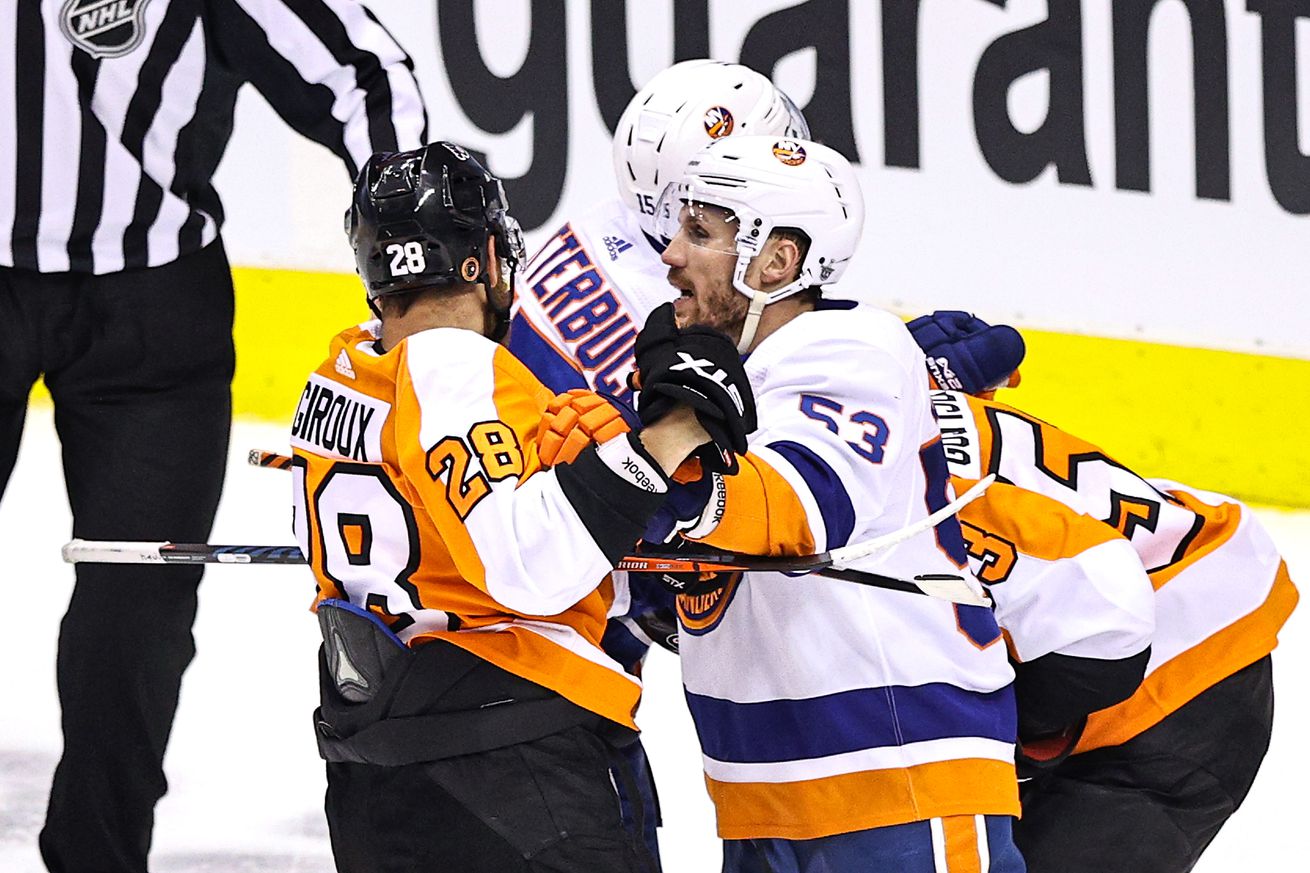 It’s been a chippy series. | Photo by Elsa/Getty Images

The Islanders and Flyers will duel in the final game of the second round.

Brock Nelson sort of alluded to it in his media availability yesterday or two days ago, but a Game 7 is kind of what you hope for, all things being equal. Sure, the situation the Islanders find themselves is less than ideal, having led the series 3-1. But if this isn’t enough to raise desperation levels, well, nothing is.

I mentioned it in the comments yesterday, but I feel good about tonight. Win or lose, this team, with three wins in the second round, still has gone further than any team since 1993. Of course, I’d be devastated by a loss, I won’t lie about that. But I’d still be proud of this team.

All that being said, go out and win that effing game.

“Nothing is ever given in this league. You have to go out there and earn it.” pic.twitter.com/RVxLZ11jAD

Yesterday’s NHL scores include the Stars beating the Avalanche in a back-and-forth Game 7 OT thriller and the Golden Knights finally solving Thatcher Demko and eliminating the Canucks in their Game 7.