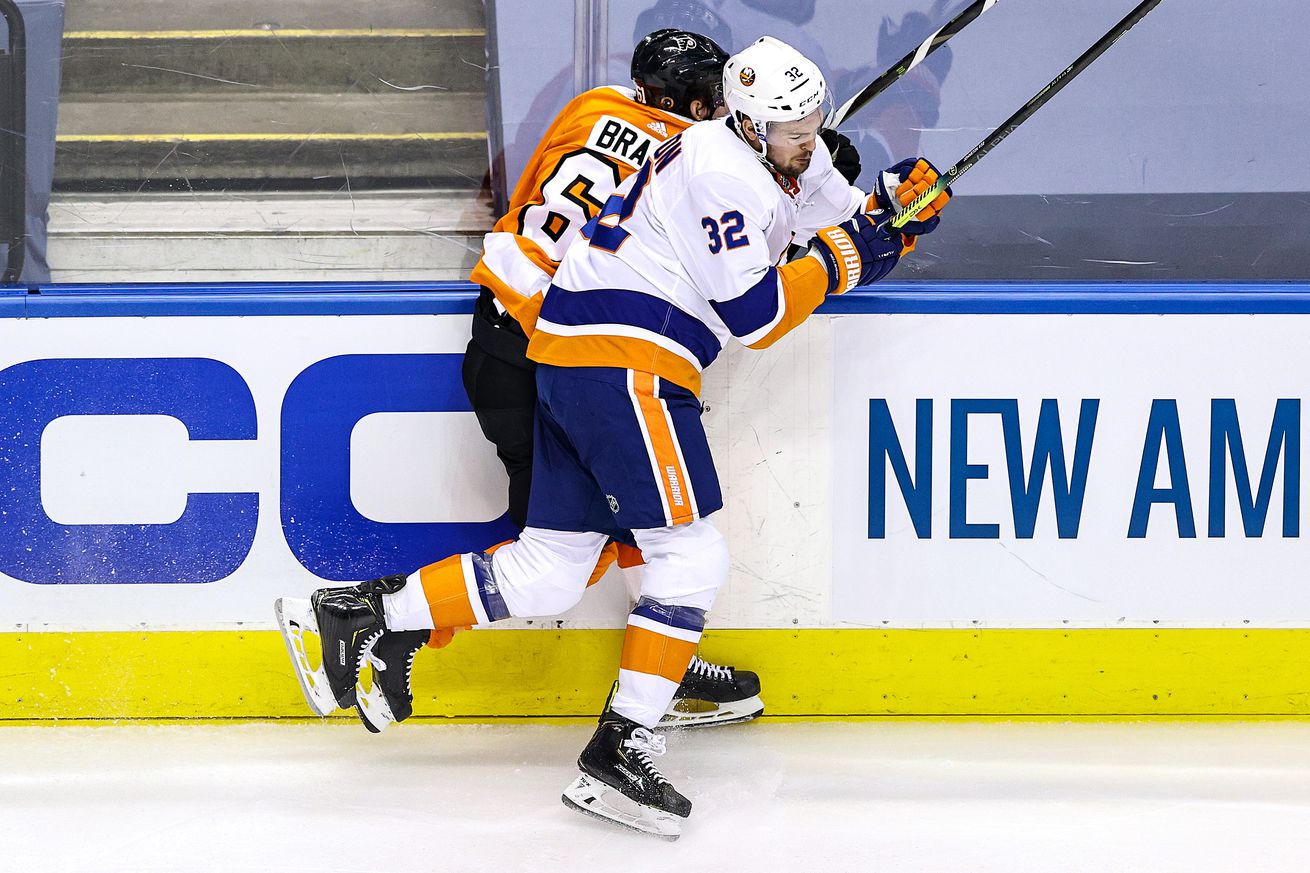 As a friendly reminder, it’s a 3 p.m. EDT start for the Islanders today in Game 2 against the Flyers. That gives the Lightning and Bruins an almost-24 hours between last night and Game 3 for them tonight.

“Anytime you have your goaltender playing well it gives your team confidence. I thought we’ve been playing pretty well in front of him and he’s made big saves at key times.”

During Game 1, and perhaps in the previous series, the Islanders’ clampdown appeared to generate some “BO-RING” complaints on social media. Mike Kelly of the NHL Network references some stats and demonstrations that undermine that notion:

Alright, #Isles fans – let’s bust some myths about this “boring, defensive” team of yours. pic.twitter.com/n0BvcLh3zK

This is NYI, Trotzian hockey to perfection. NYI allows the lowest quality shots against while getting the fourth-best quality per shot they take. Nothing good for opponents, exclusively good for themselves. That’s a tightly adhered-to system. pic.twitter.com/NVz6zP0DBa

Last night had the Lightning evening the series with Boston in overtime, as Bruins fans everywhere do a 180 and crucify Jaroslav Halak. And the Canucks surprised the high-flying Knights. But the best moment was this: