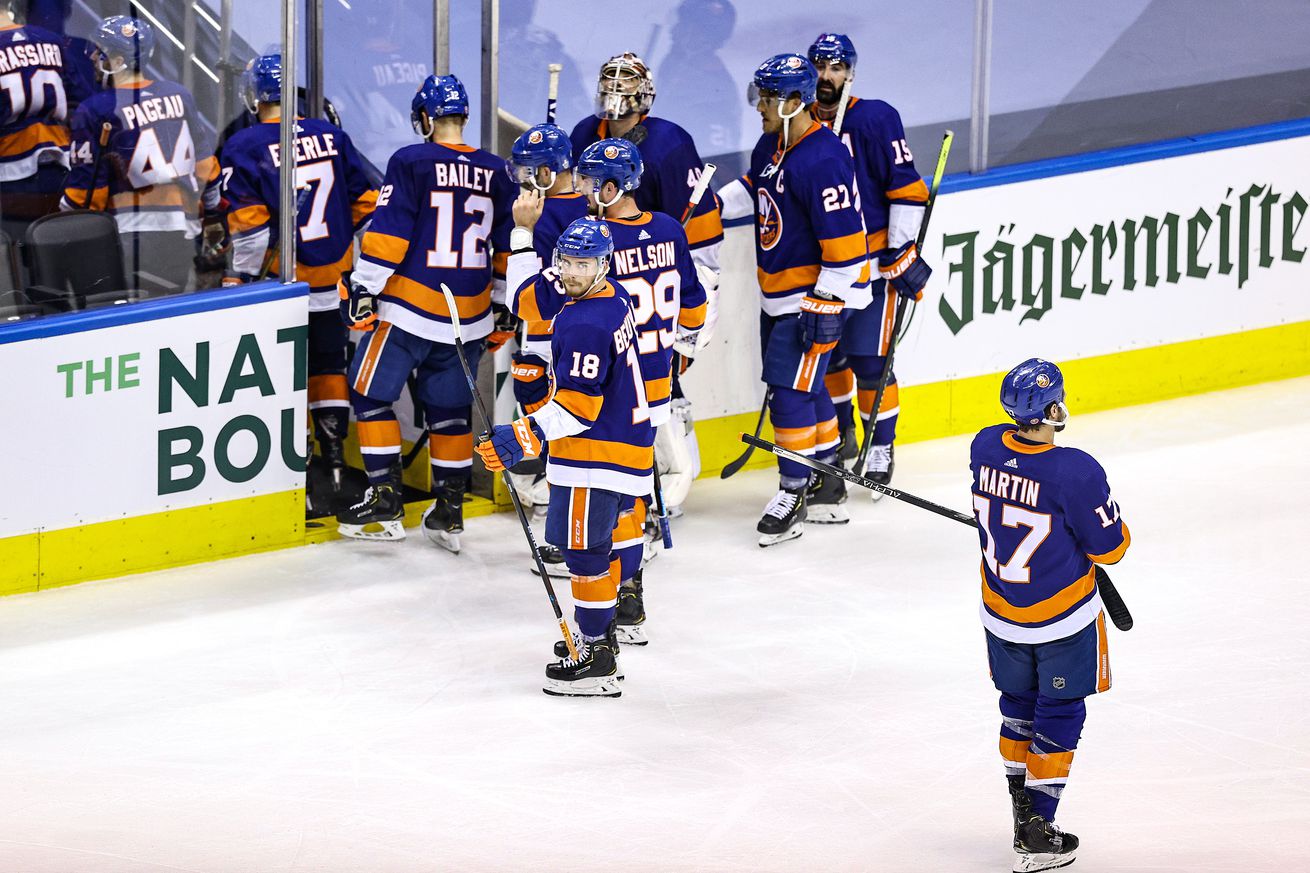 Park it and regroup. | Photo by Elsa/Getty Images

The Islanders are one of three teams with 3-1 leads that will need a Game 7 win to advance.

As Jenny said, this sport is terrible.

That’s certainly how my emotions, or more accurately my completely drained energy reserves, feel after that double overtime loss in Game 6. The Islanders, particularly their ridiculous top line, had the better of play for most of the night and probably deserved a good bounce, rather than a stick break (Scott Mayfield on the winner) and an unfortunate carom (Devon Toews on the equalizer) when batting a pass out of the air.

But despite it all, I will say this: I enjoyed the comfort of watching the Islanders mostly play “the right way,” going to the right spots, providing the right backup on pinches, and generally tilting the ice in the third and both overtimes.

It sucks to watch overtime knowing that any roll of the dice the hockey gods decide to throw may kill you. But it’s at least a little comforting to know that if you lose, it’s likely due to that rather than to being terribly outplayed. I wasn’t hanging on by my fingertips hoping the Isles lucked into a win; rather, I was watching with the knowledge that they were doing the right things to win, but sometimes hockey is just a rude bastard.

Finally, I’ll look on this beyond-the-rivalry bright side: Oskar Lindblom returned to play after nine months, and he got a win. I’ll concede Game 6 for that nice story while hoping that this episode ends on Saturday.

“One thing you do as a team when you fight through adversity, you grow. You grow as a group. So, this is part of our process.” pic.twitter.com/G5gU95BnkG

“These moments don’t come around often. Game 7s are special & we have a chance to go to the conference final. Our goal is to win a cup. I’m really confident in the group that we have & look forward to a big game in a couple days from now.”

Barry Trotz on Semyon Varlamov: “They scored two out of the first three and I let him battle through.”

Said “We’ll see,” which I assume means about his status for Game 7. #Isles

In a Hart-like performance, Thatcher Demko made 48 saves while shutting out the Golden Knights to force a Game 7. That will be one of two Games 7 out West tonight, while the Lightning sit at home (er, Edmonton) laughing at the rest of the would-be final four combatants.