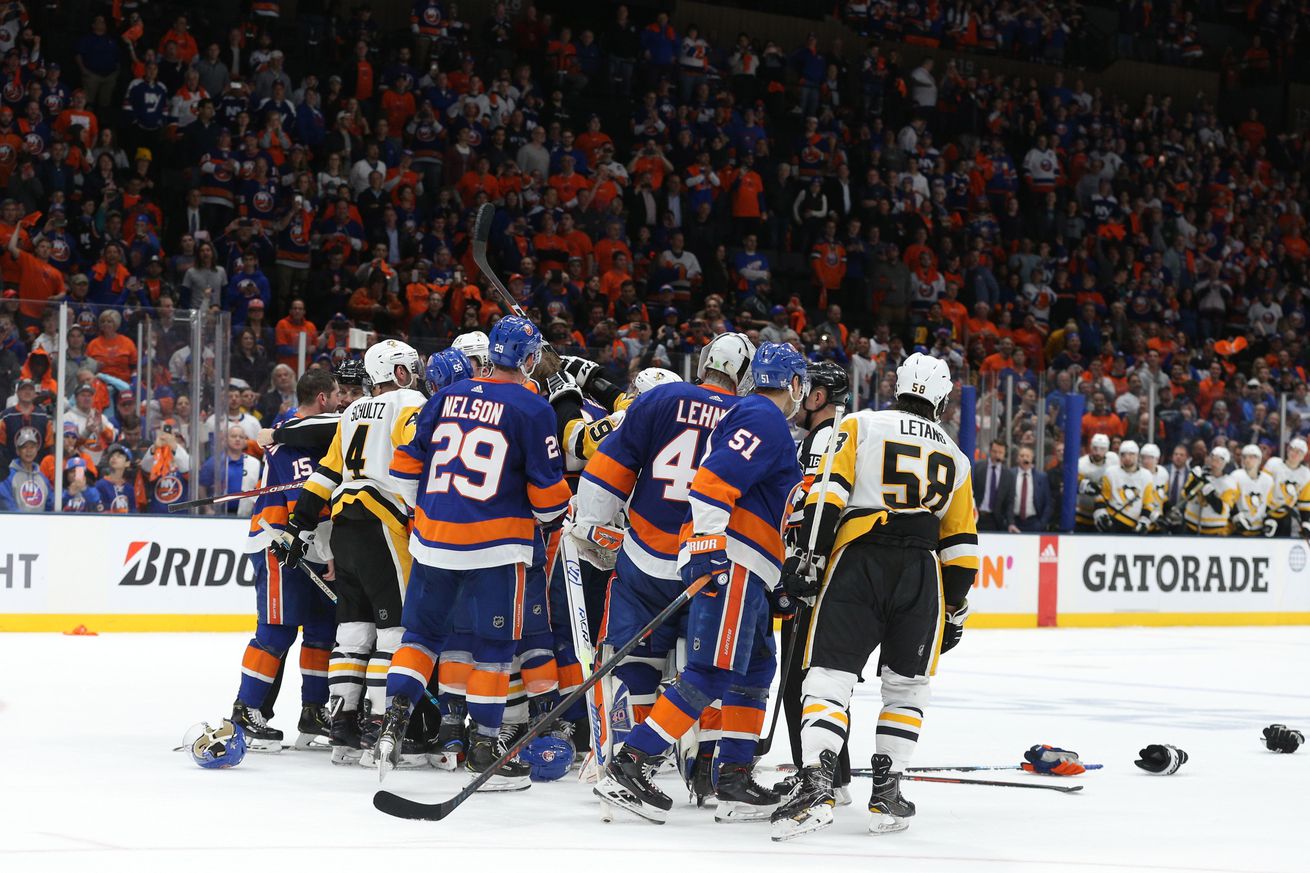 The Islanders take a 2-0 series lead to Pittsburgh on Sunday afternoon.

This series has been electric thus far.

It has everything you’d want from an Islanders playoff series: a game with back-and-forth chances and a game with stellar Trotzian control. The scapegoat run out of the Oilers organization with two critical goals. The longest-tenured soldier, also a long-time scapegoat, with two critical goals. Superstar playmaker playing like a superstar playmaker. Stanley Cup winning coach out-coaching Stanley Cup winning coach. Smart defense. Big hits. Great goaltending. And two huge Islanders wins on Coliseum ice. They take a 2-0 lead into Pittsburgh on national TV.

They can’t stop yet. They need to maintain this pace, and they’ll continue to outplay the Penguins if they do. I think they can. However, I don’t know if I can maintain their pace. I might damage my vocal cords if I do.

Trotz liked the way everyone competed, and how the Islanders withstood the Penguins coming out hard early on:

“I liked all of our effort. There’s not one player I’m disappointed in, in our group. They left it on the ice emotionally and physically tonight.” #Isles pic.twitter.com/2F3yC4qfDY

When Islanders coach Barry Trotz was asked Friday morning what role momentum plays in NHL playoff series, he did not hesitate, saying:

“Zero. Zero-point-zero, if there’s anything less than zero. Every game is its own entity. Once it’s over, you don’t look back. You have to look forward.”

Last night’s playoff scores included three more series continuing play from Wednesday night’s Game 1 (Stars at Predators resumes today after a two-day layoff). In the other three Game 2’s, the road team was victorious. The Blue Jackets blew out the mighty Lightning on the road to take a 2-0 lead over the President’s Trophy winners back to Columbus in a turn of events I think literally no one would have predicted. The Blues and Jets traded leads until they began the third period tied, but St. Louis went up 4-3 early in the third on a Ryan O’Reilly goal and held on to take their own 2-0 lead back home. And the Golden Knights jumped out to a 3-0 lead in the first before the Sharks got three in three minutes to end the first tied. They thought they had a 4-3 lead but it was called back for penalized goaltender interference, and on the ensuing power play, Vegas got a lead they wouldn’t relinquish, knotting the series at 1 heading back to Nevada.