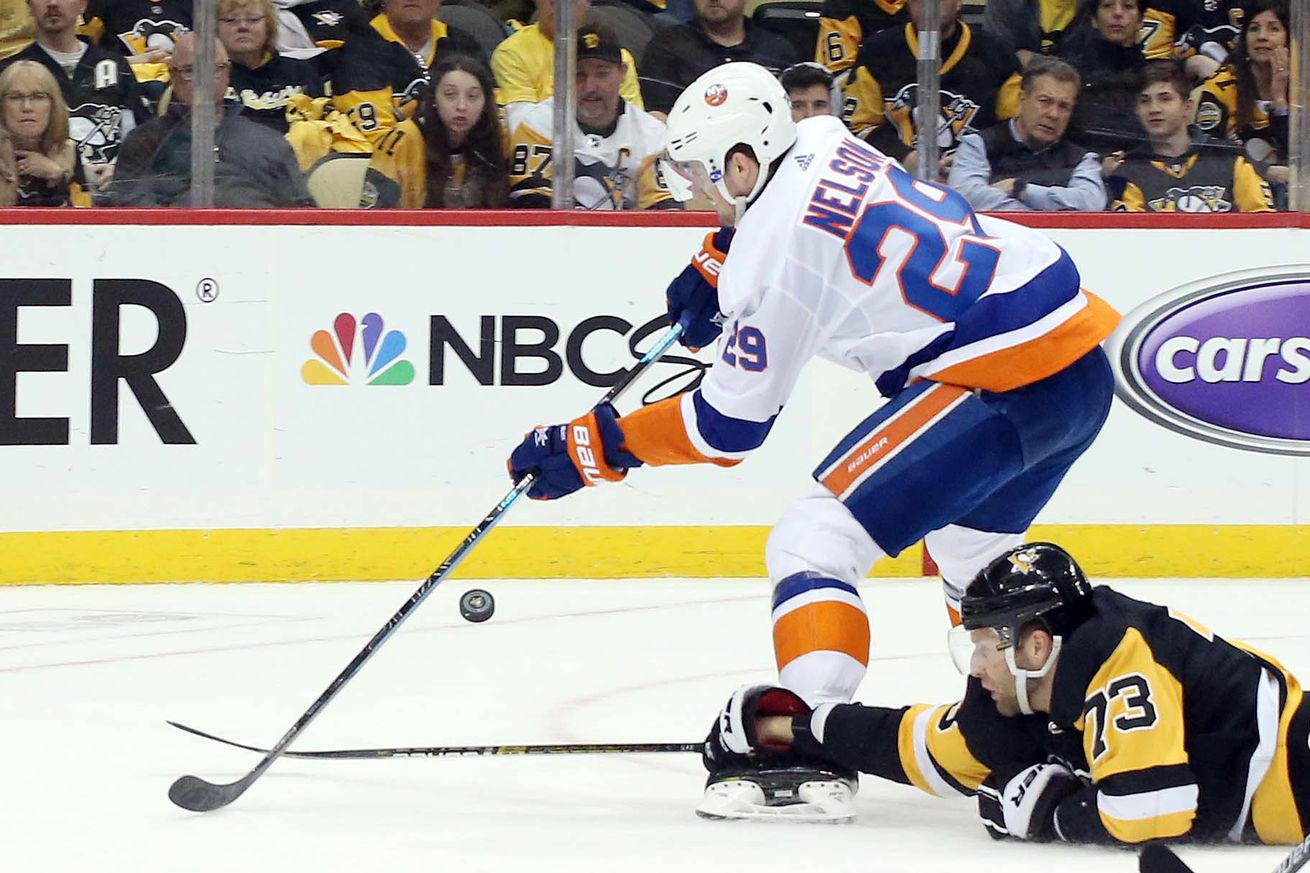 All this dust you kicked up is making me sneeze!

The takes are rolling in behind the Islanders’ First Round sweep of the Penguins, and most of them are surprisingly complimentary of the Islanders.

Maybe I shouldn’t say surprisingly, but I was half expecting most of them to read as blaming the Penguins and not supporting the Islanders, but there’s a lot of respect for the way the Islanders played.

Also, New York lit up in Islanders colors for a night:

Yesterday’s playoff scores include a 10-goal affair between the Bruins and Maple Leafs that Boston took 6-4 to even the series at 2-2; the Stars had Game 4 wrapped up before the first period was over in their 5-1 win over the Predators to bring that series to 2-2; and the Avalanche have put the West’s top seeded Flames on the brink after Mikko Rantanen tied the game late in the third and then scored the OT winner — the series is 3-1 Colorado heading back to Calgary.