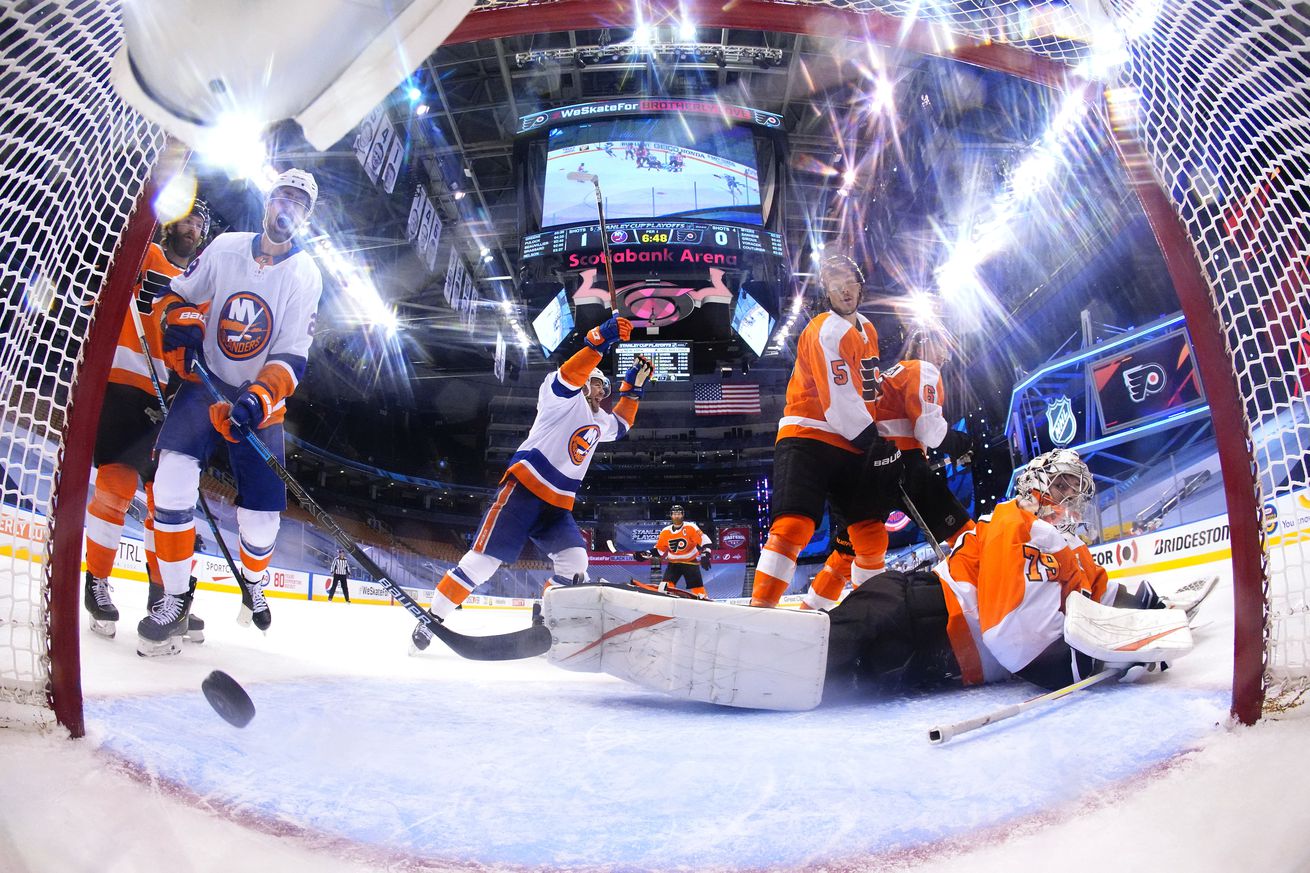 A Game 7 goal-scorer is projected to be back. | Photo by Mark Blinch/NHLI via Getty Images

The Isles want to get the band back together. Well, sans Devon Toews.

Free agency is over a week old now, but plenty of solid players remain available on the market. Such is the cap crunch, the financial reality.

The Islanders appear to have an appetite for a couple of their own free agents, at the very least. The rest remains up in the air.

Good on the organization:

We had an amazing time hearing and learning from all the guest speakers on our Girls Hockey Weekend webinar today!

It was a great way to celebrate the #GirlsHockey community, inspire future players and continue to grow the game we love. pic.twitter.com/rTgu2mZJjJ

Love what the Leafs are doing. If anyone knows how to add the right crop of veterans, it’s Lou Lamoriello