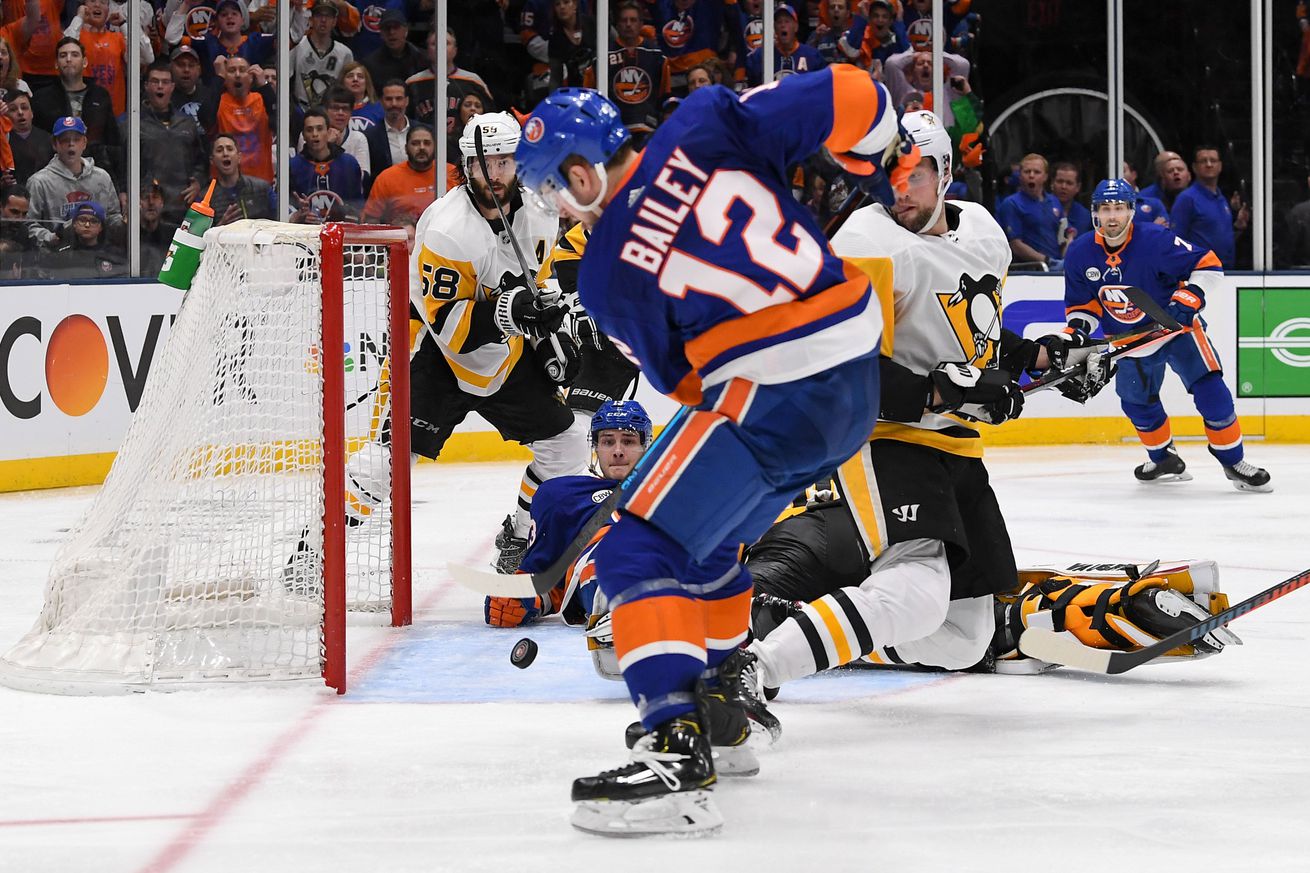 I have virtually no voice after last night. I’m exhausted. But man, that atmosphere is exhilarating. Mat Barzal and Josh Bailey, baby. My throat hurts!

Hear from the young man himself:

“Right from the first puck drop the crowd was crazy. We love playing here. It was definitely exciting and I’m looking forward to Friday.” @Barzal_97 #Isles pic.twitter.com/srySIZ94BE

Last night’s NHL Playoffs scores include the Blue Jackets rallying from down 3-0 after the first to stun the Lightning in Game 1 4-3; the Stars and Blues snagging Game 1 on the road from the Predators and Jets, respectively; and the Sharks handling the Golden Knights at home.