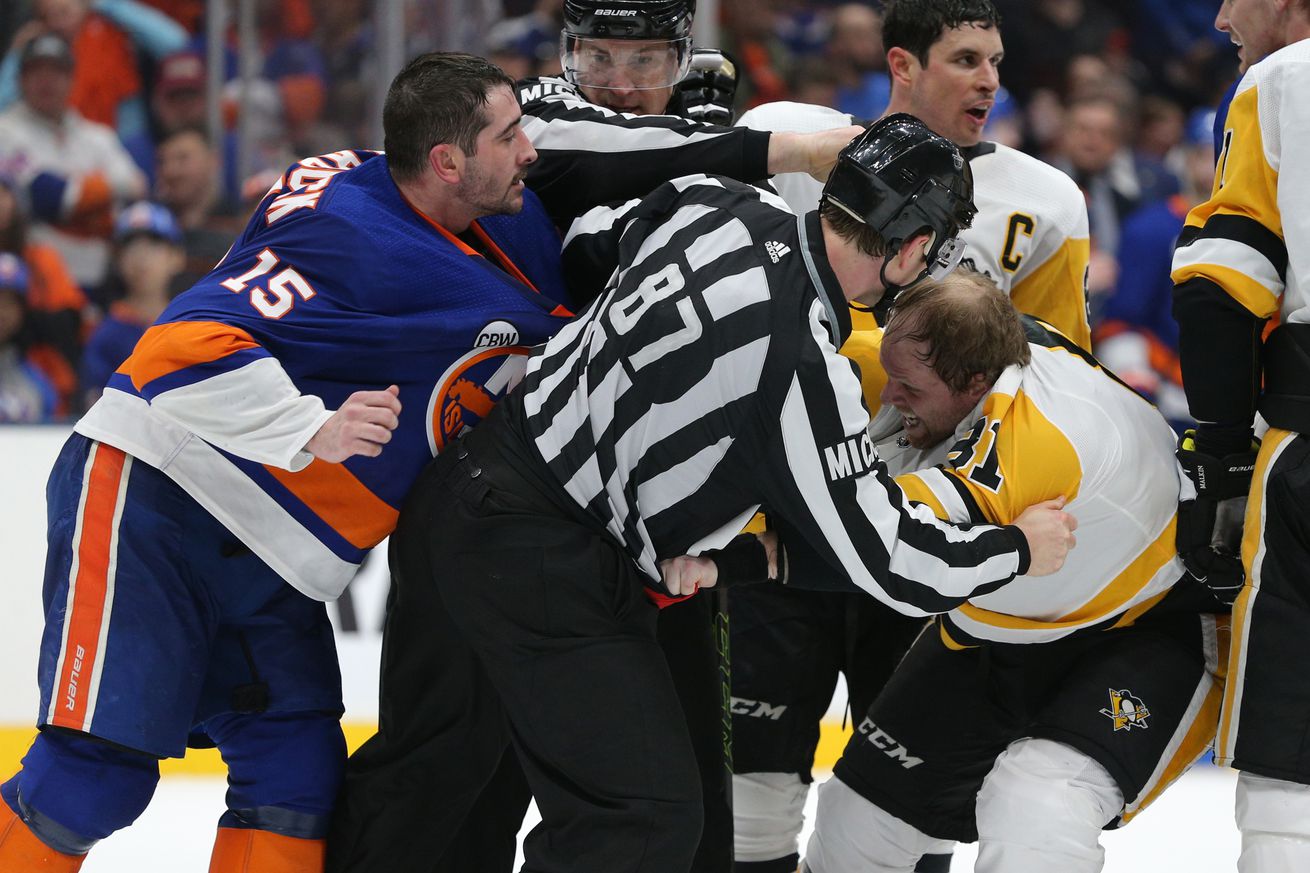 That’s the message from Barry Trotz as the Isles look to take control of the series in Pittsburgh.

The Islanders and Penguins shift to Pittsburgh for Game 3 in this best-of-seven set. The Islanders are looking to take a commanding 3-0 series lead, while the Penguins want to at least force Game 5 to be necessary. It’s an early start in this one: noon on NBC. Have your coffee, mimosas, and Bloody Mary’s ready.

Barry Trotz says they’re just focused on getting another game:

Barry Trotz speaks with the media this afternoon before the #Isles head to Pittsburgh for game 3️⃣: pic.twitter.com/AY09MSK0KS

GM Lou Lamoriello is pleased with the success so far, but he feels (almost) nothing:

When I asked Lou Lamoriello on Saturday to describe his emotions watching the Islanders take a 2-0 first-round lead over the Penguins, this is what he said:

“The emotions are no different than I’ve had in the past in playoffs. This is what you prepare the whole season for. I’m not an emotional person, so I don’t know what that means, but if you’re asking me if you feel good when the end results come out on a positive, absolutely. But you don’t rest on it.

I’m cracking up over here at 7:00 a.m. on Sunday morning. “I’m not an emotional person, so I don’t know what that means…”