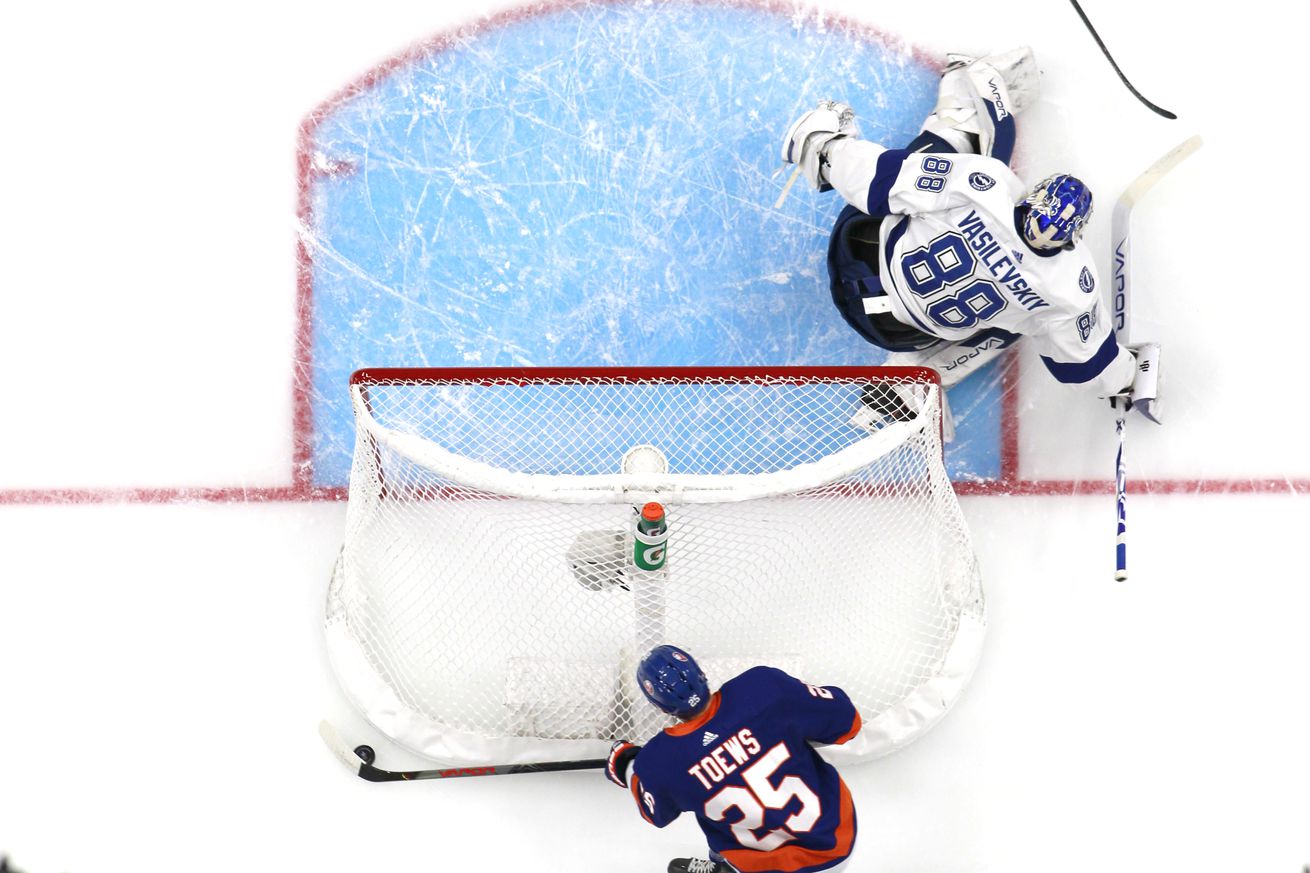 The New York Islanders traded their speedy, puck-moving defenseman to the Colorado Avalanche for second-round picks in the 2021 and 2022 NHL Drafts, a clear sign of the difficulty they face in fitting under a flat salary cap with some aging contracts and some big RFA deals yet to consummate.

There’s no avoiding this conclusion: Dealing Toews does not improve the Islanders, who made the conference final this summer and harbor hopes of getting even further in the near future. They have older and less effective players they surely would’ve preferred to move.

But making some kind of painful move was also inevitable, as it’s been that under pandemic and flat cap conditions there are few teams willing to take on other teams’ aging mistakes without major sweeteners, if at all. The Islanders did not possess many sweeteners; indeed, it’s speculated that at least one of the newly acquired picks may be needed to move a big contract to create more cap room:

With the Islanders trading Devon Toews for two 2nd round picks, hearing they’re close to another move. Expecting it to involve Johnny Boychuk.

One minor solace is at least the Islanders did get decent picks back, which — if they’re able to retain at least one of them — fills a futures hole. They’ve recently traded top picks, including their 2021 second-rounder in the Andy Greene trade, as well as their 2020 first- and second-round picks in the J-G Pageau acquisition.

But given the overall landscape and the challenge they face, it hurts to have them dealing from an a scarce resource — prime-age talent — rather than the glut of veterans whose effectiveness has been dented by age and injury.

In his initial post-trade remarks, GM Lou Larmoriello did not sound like a hostage, exactly, but he did sound like a guy whose fellows GMs knew he was in a fix partly of his own making:

Lamoriello on trading Toews: “This is how everything came out.. There has to be a demand or it takes two to make any transaction. Devon was an individual who was involved. That’s the best way to put it. Not that he was a player targeted. That would be a disrespect to him.” #Isles

Interestingly, Lamoriello laid some (most?) of the blame on the uncertainty of arbitration which…I mean that’s an opinion:

Lamoriello said he had a “difficult conversation” with Devon Toews informing him of the trade. LL said Toews filing for arbitration and the unknown of how high an award could go spurred the move. “We did give up a good player,” one the #Isles were not looking to move.

Except the case didn’t have to reach arbitration (and they rarely do), despite the filing. And if he or Pulock received a high award, the Isles would have a second buyout window (except with the same, painful, nearly buyout-proof contracts). And more.

But Toews is 26, will turn 27 in February, and followed a “late bloom” NCAA and nursed-along AHL development curve. He hasn’t banked a lot in NHL earning terms thus far, so he should by all means maximize his earning position with his next couple of contracts.

Devon Toews, traded to COL, is an exceptional two-way defencemen who has put up absolutely elite results at both ends of the ice in top four minutes. #GoAvsGo pic.twitter.com/GSvHk7uM2q

The Islanders can at least look to the development of Noah Dobson to help fill the void and one day exceed the contributions of Toews, who had become a 20-minutes-plus top-four blueliner, power play contributor and neutral zone wizard. It appears they are now more likely to bring back Greene, whose age should concern everyone despite an effective playoffs that pushed Johnny Boychuk to the outside.

#Isles Lamoriello on Andy Greene: “There’s a strong chance Andy will be back in some role.”

Toews is an RFA who still needs a new contract, and had filed for arbitration. That part is now the Avalanche’s issue to address.

The Islanders still may need to create additional cap room to fit in their own remaining top-tier RFAs in Mathew Barzal and Ryan Pulock, though they have some time, and now more non-cap assets, with which to accomplish that.