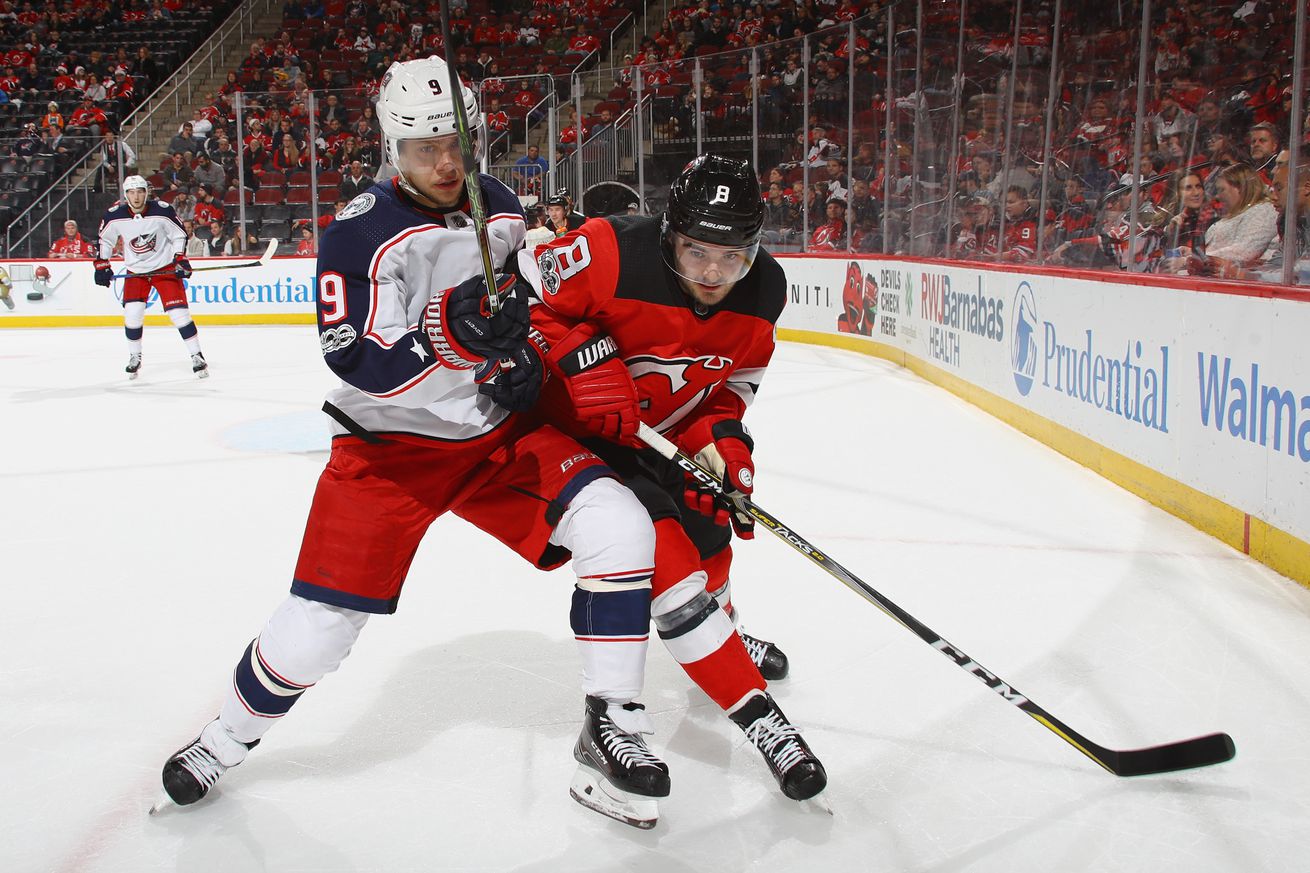 Armed with a healthy roster entering its prime and the 1st overall pick, the Devils enter free agency looking to gear up for the first time in a while. This is your primer for our coverage.

This feels to many like the most important offseason for the Devils in a long time. At no point in the Shero era did it really feel like we were going to “go for it.” Many hoped we would be a little more active this past offseason, but it became apparent fairly quickly that Shero’s ambitious mentality was confined to getting the young team some playoff experience at the 2018 deadline, and it would not carry over to the long-term franchise building moves of the offseason.

While I have personally expressed an opinion that the OVERALL injury bug narrative was not as consequential to the Devils losing ways as many claim, the Hall injury and the poor goalie play absolutely were issues. Blackwood and healthy-Schneider finished the season strong, though, and we go into 2019 with a clean bill of health. Combine (1) the taste of postseason last year with (2) the blank slate we get into next year and (3) the best news ever, and you get a fanbase ready to make some moves. ILWT-alum Ryan Stimson, after the Devils won the lotto, expressed it fairly concisely here. Other bloggers had some specific demands.

Over the next 10 weeks or so, Gerard and I will be taking Wednesday and Thursday of every week to specifically address issues of the offseason — Devils in need of extensions, 2019 NJD UFAs/RFAs, free agency at-large, the draft, trades, offer sheets, etc. If you have specific things that you would really like us to cover, please mention in the comments and we’ll see if we can fit it in.

But before we get into the nitty-gritty of those offseason plans we need to establish a baseline on where we are and where we’re headed. Today I’ll talk about the Devils free agency situation which will serve as where we are. Tomorrow Gerard will discuss the needs for the team which is where we should be headed.

To start, what is the Devils financial situation looking like.

We currently have the reigning MVP earning $6M, Our 2nd leading goal scorer making $1.8M, and Nico, Bratt, 2018 first-rounder Ty Smith, and the 2019 first-overall ALL on ELCs. With that much talent making that little money, we could go for it this season if we so choose — but we’d be forsaking the future in the process. After all, many will want Hall and Nico to be given significant extensions — an issue vwe’ll be tackling next week — and those would be made tougher if we decided to go get, say, Panarin, Karlsson, and (insert 3rd expensive dude here).

So let’s look at specifics now: who is coming back, and who still needs a contract.

This is the returning NHLers plus Ty Smith who is a virtual lock for the 2019 roster after obliterating the WHL to the tune of 1.21 PTS/GP. The most obvious chasm here in need of filling is the same one that’s been there for several years in a row, now: Right Wing. It feels like we haven’t had more than one or two good RWs since, what, Kovalchuk, Langenbrunner, Clarkson, Zubrus? Jesper Bratt has been forced into a RW spot because, without him, Kyle Palmieri is the only guy on the right we can confidently agree belongs in the NHL. Kaapo Kakko is a RW by the way, if you’re looking for a reason to argue against Jack Hughes at 1OA with your friends.

The returning defense is Severson and Vatanen and then a whole lot of nothing on the right. It’s like this franchise is forgotten that whole side of the ice. Nothing personal to Steve Santini, but if he were gonna do something important he’d have done it by now. Carrick is an RD that could fill that 3rd spot if no other moves are made– we’ll get to him in a second. On the left we have Greene returning for sure. Butcher is an RFA (we’ll look at him in a couple weeks too) that we’d like to bring back for sure. Smith needs to be on this team and he’s also on the left. Jeremy Davies is a left-shooting D as well and was just signed to a pro contract so, barring ability to go off-hand, he may be the odd man out there.

This is where you guys should leave some thoughts in the comments, I think. Due to the absurd rash of injuries that befell the Devils about 3⁄4 of the way through the season, we’ve gotten to see the guys on this list quite a bit more than expected. Who gets re-signed?

Kenny Agostino has had a couple write-ups from John here (one, two) after being snagged off waivers from the Habs and ascending straight to our first line. I’ve personally written up Butcher a couple times (2018, 2019) and mentioned in my on-ice summary that he is the most efficient Devils D by far. Pavel Zacha draws a lot of ire due to his draft spot, but does contribute to the PK and finished the season strong. Butcher/Zacha will get their own piece later in this series, but chime in with what you guys think about them.

After those three guys, I see a whole lot of meh. I’m open to being persuaded otherwise though.

We’ll be looking at a few of these guys specifically, but run over to CapFriendly if you want a comprehensive overview of the free agents available this offseason. The artifacts of the mobilizations for the Cup are on full display, with 7 of the top 10 PTS/GP UFAs coming from 2 franchises (CBJ, SJS). Panarin, Dzingel, and Duchene are all UFAs and it’d be shocking if Columbus managed to bring them all back. San Jose went for it with Karlsson in the offseason and Nyquist at the deadline and they now join Joe(s) Thorton and Pavelski as UFAs. Outside them, there’s are also several Islanders (Eberle, Nelson, Lee) joining the big fish Jeff Skinner in the crowded FA forward pool.

Among defenders, there is a gargantuan, canyon-esque plummet to the #2 most valuable defender available. I don’t even know who it is, honestly. Probably Jake Gardiner from Toronto (who are going to have some cap issues given their young talent). Then maybe Tyler Myers? If there’s anyone you specifically like, let us know in the comments, but the post Karlsson drop-off is conspicuous.

The Devils are in an excellent cap situation, have a few very important pieces locked in at cheap prices, and only one or two decently important guys are free agents this offseason. The free agent pool elsewhere seems fairly forward-rich, but is shallow on D.

Tomorrow, Gerard will get into some more specifics on exactly what our needs are and will preface how we may go about filling them. In the meantime, who do you think the Devils should sign? What about re-sign? Should we go for it or remain patient? Thank you, as always, for reading and leave your thoughts in the comments section below.