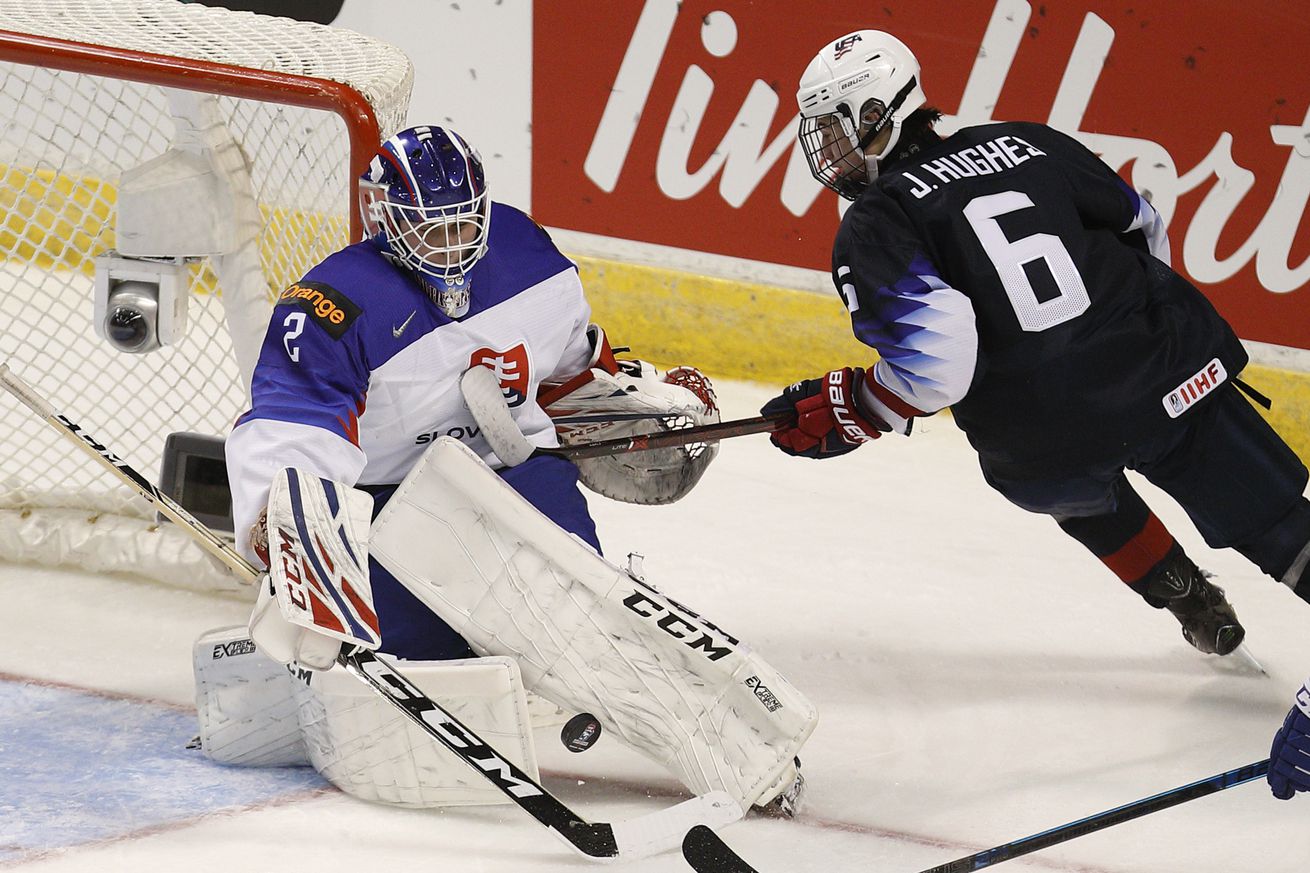 Jack Hughes had a goal and two assists in Team USA’s win over Team Canada. [NHL]

Jack Hughes now has more points than any player in the history of the U18 tournament with 32 in 14 games. Also 3 points in this game and a late push for tournament MVP (if the votes aren’t all in already).

#NJDevils top prospect Ty Smith’s season is over. The Spokane Chiefs lost to the Vancouver Giants in the WHL Western Conference Final in five games.

Smith has 158 points in 148 games in the past two seasons, regular season + playoffs combined.

Congrats to Nico on his hat trick in his debut for Team Switzerland:

Who takes home the Hart?

Who do you think will be bringing home the hardware? pic.twitter.com/j9Z7BkOt31

And here are the Calder nominees:

Just one Japanese player has played in the NHL, and even he only made four appearances. Young viral sensation Aito Iguchi has his sights set on becoming the next NHL player to come from his country. Can he make it happen? [Sportsnet]