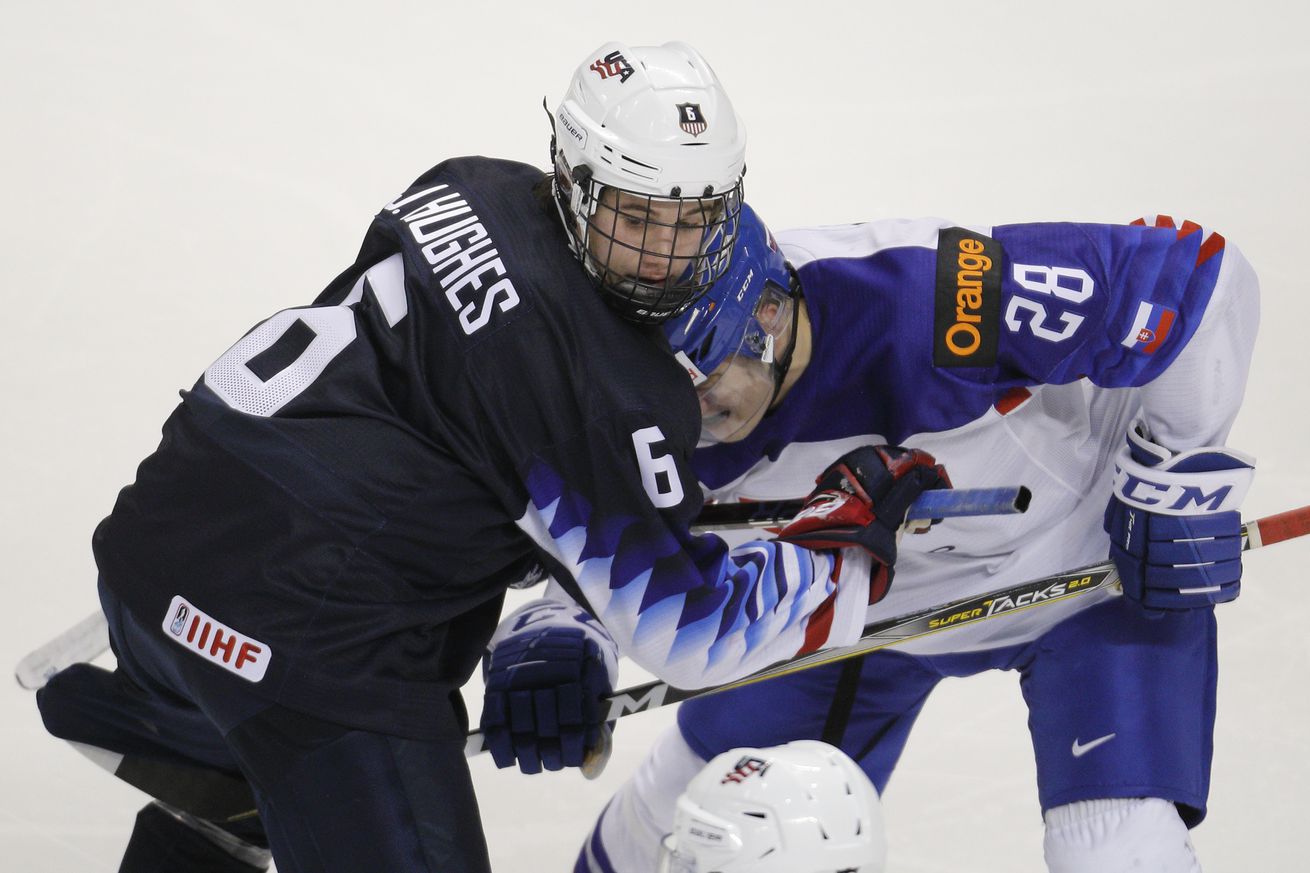 It sounds like the Canucks are very interested in the idea of trading up to take Jack Hughes and unite him with his brother Quinn and have reportedly checked in with the Devils about what it would take to make that happen. What sort of a trade would have to happen (this is not going to happen) for the Devils to ship out the No. 1 pick? [The Athletic ($)]

#NJDevils goalie news, part 1: Gilles Senn, a 5th-round pick in 2017, has signed a two-year ELC that starts next season. He is ready to come play in North America (likely in Binghamton with Evan Cormier). H/t to @CapFriendly, who first reported the details of the contract.

#NJDevils goalie news, part 2: Akira Schmid will return to Omaha in the USHL next season. He had a crazy journey this season after the Devils made him a 5th round pick in the 2018 draft. Went to Nebraska last month to talk to him about it.https://t.co/YV2T34vYas

It appears that Jesper Bratt will play for Team Sweden at the World Championships:

The Devils look to the SHL:

The Devils are reportedly after 25-year-old forward Jakob Lilja, who finished tied for 10th in SHL scoring: https://t.co/1P0hyfWTuU

The unthinkable has happened. The Blue Jackets, who had never won a playoff series before this one, have swept the Lightning, winners of an NHL-record 62 games this season. That might just be the worst playoff collapse we’ll ever see.

The Columbus Blue Jackets are moving on after sweeping the Tampa Bay Lightning in the opening round of the NHL playoffs! pic.twitter.com/iRtVCGNcBk

Hats off to Lou and the Islanders, who swept the Penguins in the first round:

The New York Islanders are moving on after sweeping the Pittsburgh Penguins! pic.twitter.com/zRGCTIekK9

Nazem Kadri will miss the rest of the first round:

Toronto’s Nazem Kadri has been suspended for the remainder of the First Round for Cross-checking Boston’s Jake DeBrusk. https://t.co/doqkyMVrLS

San Jose’s Joe Thornton has been suspended for one game for an Illegal Check to the Head on Vegas’ Tomas Nosek. https://t.co/05ZmQEc7D6

Alain Vigneault is back in the Metropolitan Division:

Vigneault signs for $25 M over five years according to a source https://t.co/Hi7wDfKrHu