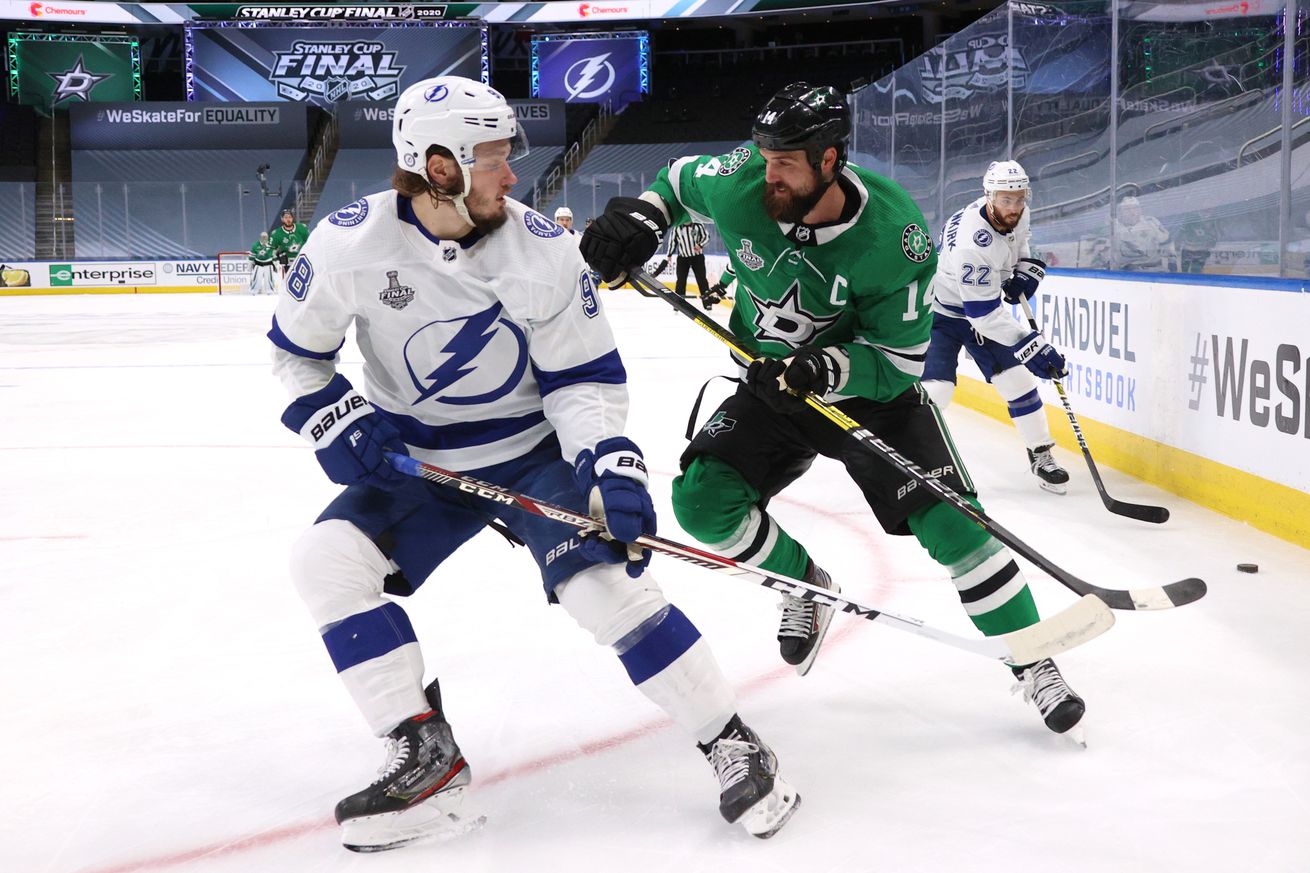 So … how about Mikhail Sergachev? | Photo by Dave Sandford/NHLI via Getty Images

Cory Schneider reflects on his call from Tom Fitzgerald about getting bought out, his time with the Devils and more: [The Athletic ($)]

We hear there’s a great selection at the farmer’s market off Exit 11.#WeAreOne | #NJDevils pic.twitter.com/ZKa7koco2p

50 went ahead and switched the style up. #WeAreOne | #NJDevils pic.twitter.com/zFNdYBENqi

Do we have something brewing? Probably not, but it’s the offseason, so it’s time to start infinitely parsing every comment out there. This from Mike Futa, who was one of the interviewees for the GM job. He notes that offer sheets were a “big part of the interview”:

“I can tell you that, because I did not get the job as GM there and it was a big part of the interview…. They didn’t give me the job, so it’s out of the book.”

In this edition of 31 Thoughts, Elliotte Friedman reports that he believes the Lightning asked Steven Stamkos to consider waiving his no-move clause: “There’s a wall of secrecy around it, and the captain is recovering from surgery. Obviously, his health is a huge factor.” [Sportsnet]

Might we see an all-Canadian division in the NHL next season? It wouldn’t be terribly surprising and has the potential to be pretty fun. [TSN]

BREAKING: The Canadiens have signed Brendan Gallagher to a six-year extension. The deal has an average annual value of $6.5 million.#GoHabsGohttps://t.co/w57uPcmwoQ

Hearing Mike Hoffman is considering a one-year deal for his next NHL home. If he does that, there’s a good chance that he and Taylor Hall head to market next summer as the leaders in goals per game for all free agents 31 and under. Déjà vu all over again.

Rangers take care of some business:

Georgiev had filed for arbitration and was scheduled to go before an arbitrator on Oct 31.https://t.co/l6IITZSoI6

Plenty of smoke still around a divorce between the Jets and Patrik Laine, per this report from TSN’s Pierre LeBrun: [TSN]