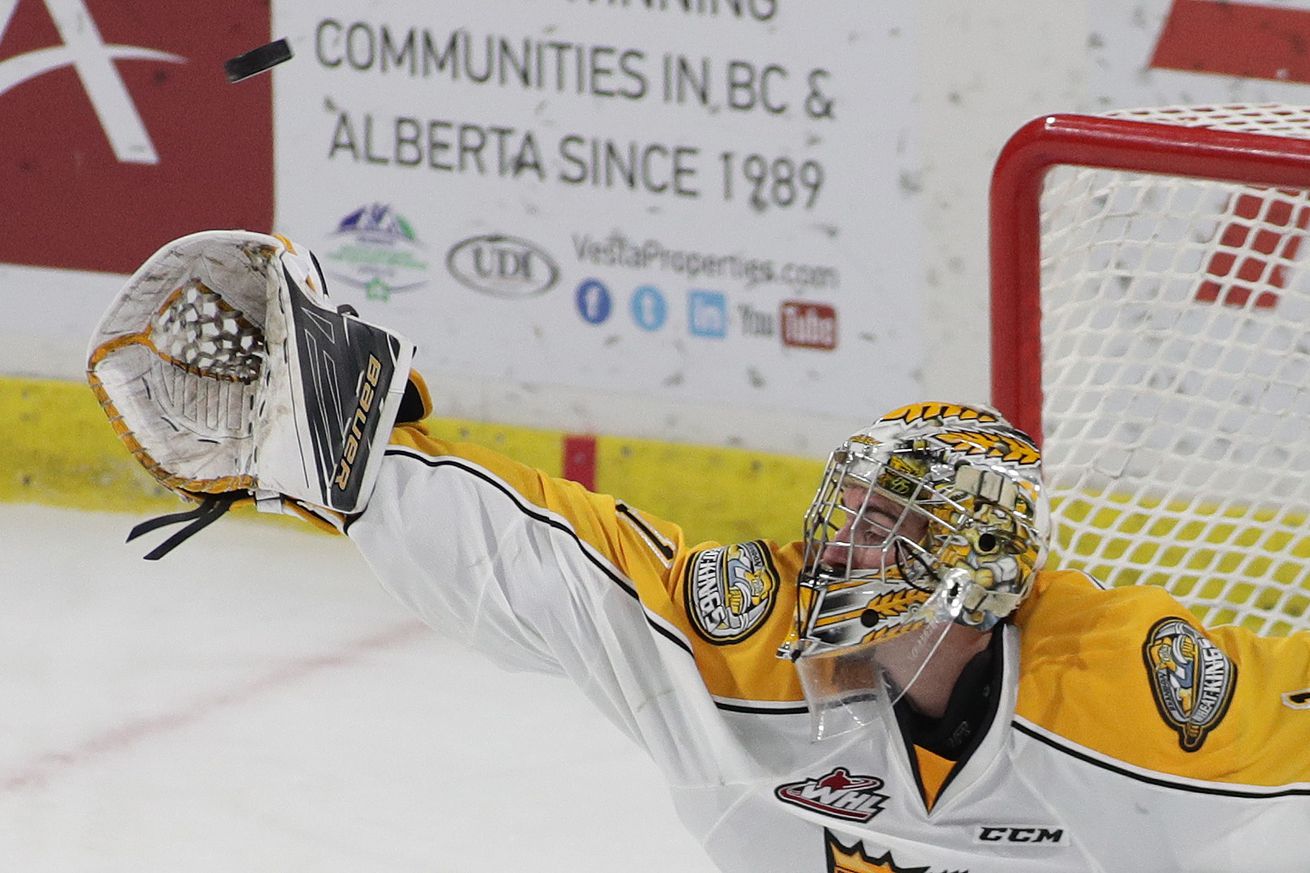 After 76 games the Binghamton Devils second season comes to an end with a 5-2 defeat to the Wilkes-Barre/Scranton Penguins on Sunday at Mohegan Sun Arena. Binghamton ended up with a league worse 0.414% going 28-41-7-0 for 63 points, the same amount as last season with a 25-38-9-4 record.

Goalie Logan Thompson in his first AHL game, took the loss blocking 22 of 27 shots as the Devils sat out a handful of veterans. Ex-BSens’ netminder Matt O’Connor signed to a PTO prior to the game, ended up with 31 saves.

Ryan Schmelzer gave his team the lead late in the first with his 14th on a tip-in past O’C by the crease off a shot from Nick Lappin. That would be all the scoring in the opening twenty minutes with the Devils up 12-9 in the shot category.

After a lengthy delay to start the second, the Penguins broke it open with three in a span of 3:16 with Sam Lafferty (13), Cedric Lacroix (1) and Sam Miletic (12) the goal scorers.

In the final period, Jake Lucchini made it 4-1 on the powerplay as Thompson was screened and had no chance of coming up with a save. Soon after, Lacroix scored his second off a rebound shot that gave Wilkes-Barre/Scranton five unanswered goals after nearly two periods.

John Ramage managed to score on the powerplay coming off the wall and stuffing home a backhander for his 12th of the season as that would round out the scoring of the afternoon. Shots ended up 33-27 Devils.