Where Are They Now: Bill Baird 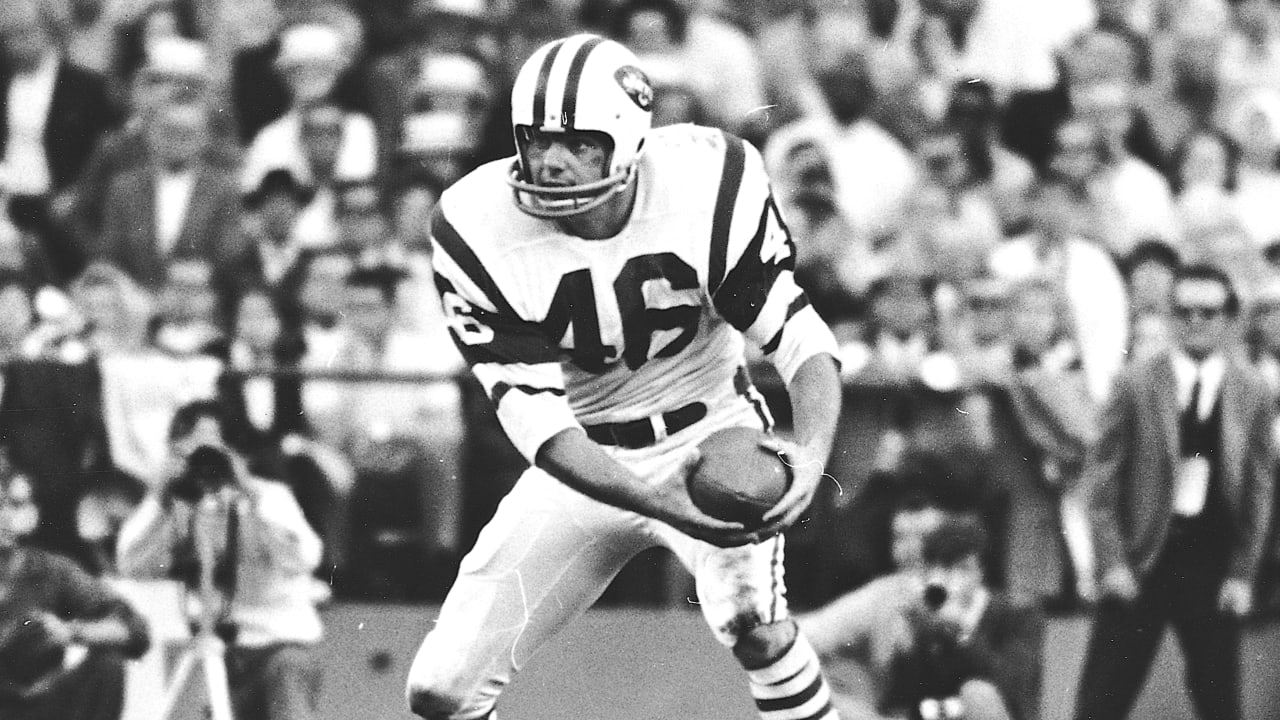 One way or another, fate was going to bring defensive back Bill Baird and head coach Weeb Ewbank together.

In 1962, Ewbank, then with the NFL’s Baltimore Colts, gave Baird, who went to San Francisco State, a tryout while on the west coast to play a game against the 49ers.

“I was the then student-teaching and coaching at Lincoln High School, and they gave me a special tryout while they were practicing. Which in itself was a miracle because no teams ever did that,” Baird said. “I signed with the Colts in November of ’62 and went to (training) camp in July of ’63. And in that period of time, Weeb had left the Colts and gone to the Jets.

“Don Shula’s the (new) coach of the Colts and I stayed until the last cut. I got released and Charley Winner, who was the defensive coordinator and defensive backfield coach, was Weeb’s son-in-law. Weeb knew me from the tryout, and Charley’s recommendation is how I got from the Colts to the Jets.”

Baird’s rookie season in 1963 was also the first year of the Jets, after being the Titans since 1960. And while going 5-8-1 for three consecutive seasons, Baird, who played mostly at cornerback, collected 17 interceptions. He kept his confidence during the losing campaigns by realizing what the team was slowly but surely becoming.

“That was in the heat and battle of the AFL and NFL. We got some key players to sign with the Jets and got some good draft choices: (running back) Matt Snell, (defensive end) Gerry Philbin and (guard) Dave Herman came in ’64,” Baird said.

“(Offensive tackle) Winston Hill and I were rookies together at the Colts in ’63, and we both got released. And we had (running back) Mark Smolinski and (wide receiver) Bake Turner in that group. (Quarterback) Joe Namath came in ’65, and we got (defensive back) Jim Hudson, (wide receiver) George Sauer and (tight end) Pete Lammons.”

That collection of talented players coupled with the course that Ewbank and the coaching staff had taken, paid off in 1968 when the Jets posted their first winning season by going 11-3, and earning the AFL championship.

“We were building with these guys that came in, and we had a good nucleus that had been with the Jets for a while. We had a good coaching staff and people don’t realize this, Weeb was the general manger and the head coach. And he had four assistant coaches. We never had more than two coaches on defense my whole career,” Baird said.

“I think the big point was the players. Most of us were college graduates, and Weeb put a lot of emphasis on football smarts as well as talent. The more you could do. Back in those days, you didn’t have the size of rosters (as they do now). The first year there were only 34 players on a team. So, you have to attribute (the team’s success) to the coaches and players that were there.”

Those coaches and players made football history when they upset the Colts, 16-7, in Super Bowl III. What has Baird never forgotten about that cornerstone in Jets history?

“We won the game,” he said with a laugh. “We got four interceptions and three of them were in the end zone. We came up with big plays in tough situations. And then Joe (Namath) on offense controlling the ball for all but three minutes in the third quarter was big. But I think it was just the team. We had confidence we would win.

“The Raiders, we thought, were as good as the Colts. And we thought Kansas City and San Diego was right up there and we won out over those teams. And we were the number one defense in the AFL that year.

Following his seven-year career with New York, 1963-69, Baird stayed on the sideline and coached at the high school, college and NFL levels– he was the defensive backs coach with the Jets for four seasons, 1981-84 – and then taught at Reedley (CA) High School, retiring in 2005.

Baird and his wife, Louise, make their home in Fresno, and recently celebrated their 57th wedding anniversary. They have three daughters, 13 grandchildren, four great-grandchildren and one on the way in June.