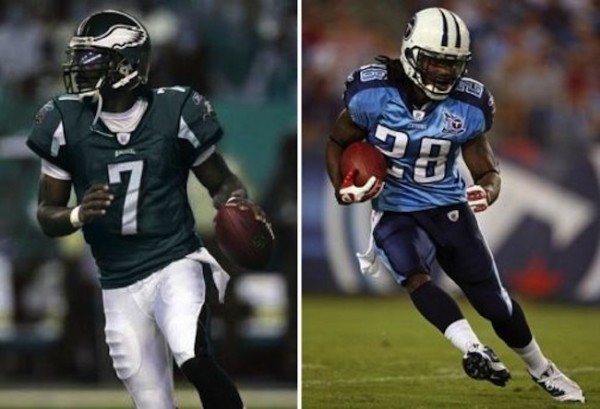 The New York Jets were knocking on the door of success just a few years ago. They had almost all the pieces needed to win a championship. They had a defense anchored by a pair of lockdown corners, a couple of linebackers who would hurt you, and an offense that could ground and pound you into submission.

The only real piece that was missing from the Jets championship puzzle was a veteran quarterback who could get them past the Patriots’ dominant offense. The Jets kept finding themselves in the mix during the playoffs and made bold moves around a young Mark Sanchez to give the signal caller as little to think about as possible.

It appeared things were simple. The Jets were going to run Thomas Jones and Shonn Greene until you decided you were going to load the box. Then they would let young Sanchez pick you apart on the outside with Jerricho Cotchery and Braylon Edwards.

The recipe was so simple and allowed the Jets to succeed, especially in the playoffs. The success was short-lived though, as the Jets got old and their quarterback never got any better. Sanchez became the laughingstock of the league after the butt-fumble, and he never materialized into the prolific passer that the Jets thought he would become. I guess Pete Carroll was correct in his assessment of Sanchez coming out of college. What does Pete Carroll know though, right?

Last season the Jets drafted Geno Smith in the second round. Geno showed flashes, but he was erratic at times. Still, the future for him appears to be brighter than Sanchez. The Jets are caught in a conundrum, though. They aren’t getting any younger, and they need to make a splash right away. Bold moves have never been a problem for any member of the Ryan family.

So New York decided to invest in a pair of old but fast legs. I even think it’s safe to say that two of the four fastest human beings I have ever personally seen on the football field will be in the backfield together in New York this season. Michael Vick and Chris Johnson give you a legit pair of burners who both have times in the scouting books at 4.2 in the 40-yard dash. I’m sure there might have been guys who were faster than these two, but the only other players that I’ve ever seen with my own two eyes as fast or faster are Deion Sanders and Bo Jackson.

The Jets appear to be headed back to a short-game attack. The running game will be anchored by two prolific runners, but because of their age and fragile nature, you wonder if this investment will pay off. Vick is approaching 34 years old by the start of the season, and he hasn’t played a full season at quarterback in a long time. He plays with reckless abandon on the football field. If he changes that, he’s not the same guy. He knows that as well, and the competitor in him probably won’t allow him to play any different.

Chris Johnson will be 29 years old by the time the season is in full swing. That may not sound old, but for a running back with a lot of miles on him, it makes him about 38. Johnson has been a workhorse, but even he lightened his load a little to get through the last few seasons.

If the Jets are smart, they use Johnson in space more. Are he and Vick still 4.2 40 guys? I would think not. But both of these players are still explosive, and the threat that they can bring will be fun to tune in to for a few games at least. Chances are though that by week 5, one or both of them will be out of the lineup if history is an indicator.

The thing is, when you bring guys who know it might be their last stop in and put them together, sometimes magic happens. Sometimes they defy the odds for one year and produce better than anyone could have ever imagined. I don’t roll with the Jets, but I have to say I am intrigued by the possibilities of this backfield.

These two sets of tires have some old tread on them. Can they produce at a high enough level to make the Jets relevant? We have an entire summer and a training camp to speculate, but the discussion should be fun as the debates begin.

The post The New York Jets Invest In Some Old Wheels: Michael Vick And Chris Johnson appeared first on .