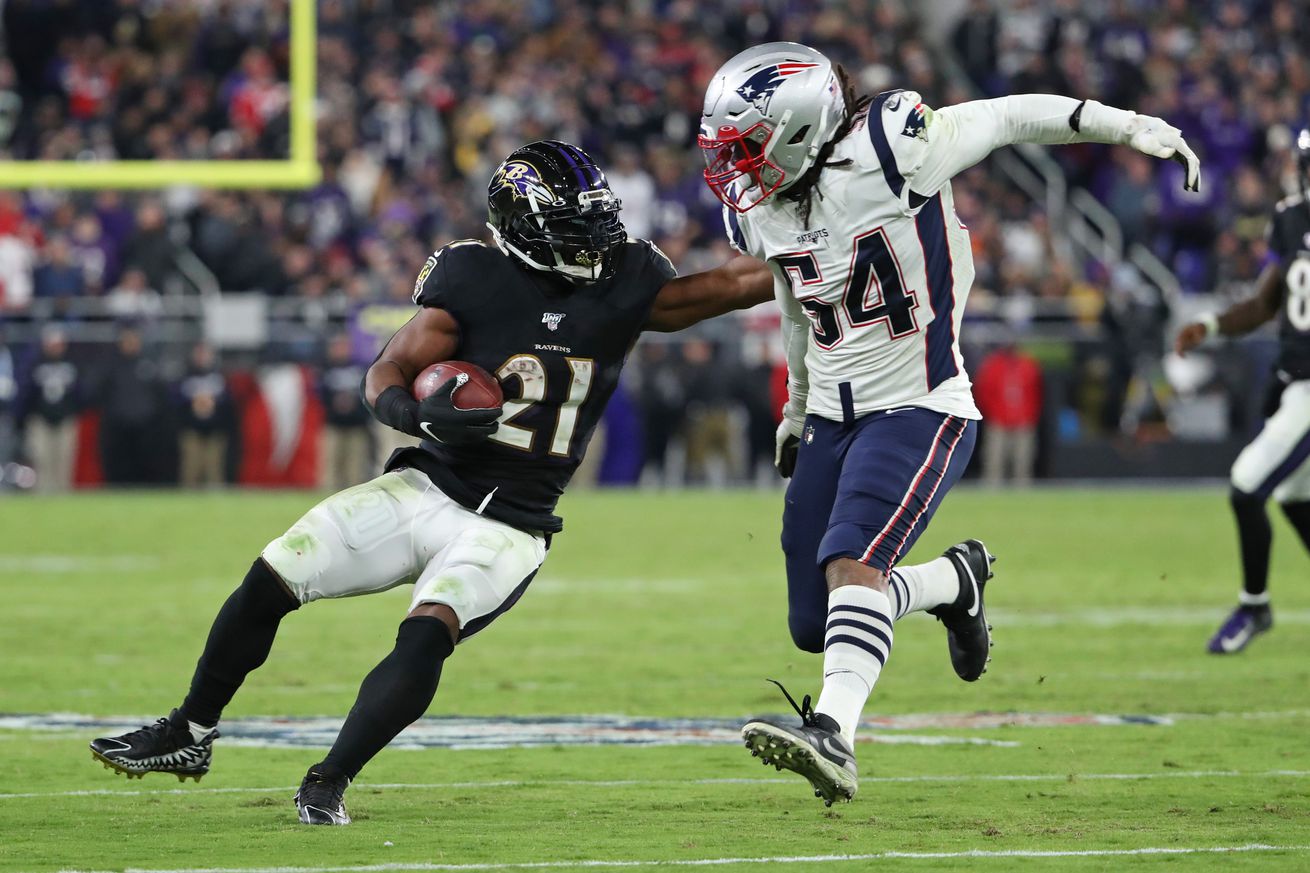 The 6-2 Baltimore Ravens come into this game winners of four of their last five games. The Ravens boast the NFL’s top rushing attack and top scoring defense. Star quarterback Lamar Jackson has not been as effective as in his MVP season last year, but he still is on pace for 30 total touchdowns and close to 1000 yards rushing.

The 3-5 New England Patriots come into this game fresh off a last second win over the New York Jets. That broke a four game losing streak for the Patriots. The Patriots held a lead in only a few minutes of that game, and that was the only lead they have held in a game since late September. This Patriots team is a ghost of its former glory. They are old and untalented. The Patriots are last in the NFL in passing touchdowns with just three all year, and they are third to last in interceptions with 11. The Patriots run the ball well, but they have an anemic passing attack and almost no pass rush. Quarterback Cam Newton looks like he is washed up. The Patriots are outclassed and outgunned in tonight’s game. On paper this should be an easy Ravens win, but you never know in the NFL.

It’s the Ravens and the Patriots on Sunday Night Football.