After nine NFL seasons, Snacks intends to walk away from the game. Damon Harrison announced his retirement on Saturday (via Twitter). 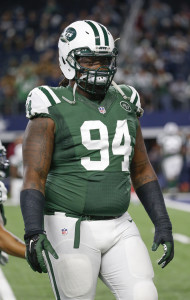 Some interest emerged for the veteran nose tackle in the spring, but Harrison, 32, did not catch on anywhere this year. He will step away after 124 games and 111 starts as a pro.

Although Harrison contemplated retirement at the end of the 2019 season, he returned for one more and played with the Seahawks and Packers last season. Snacks’ seven games in Seattle and Green Bay will be closer to the footnote section of his career, one that included multiple seasons with the Jets, Giants and Lions.

Harrison latched on with the Jets as a UDFA in 2012 out of NAIA William Penn (Iowa) and became a starter during his second season. Snacks’ high-end Jets production, alongside Muhammad Wilkerson and Sheldon Richardson, led to the Giants giving him a five-year, $46.25MM deal in the 2016 offseason — when Big Blue loaded up with vets on defense.

Olivier Vernon and Janoris Jenkins joined Snacks by signing with the Giants that offseason, and that trio played a key part in the Giants advancing to the 2016 playoffs. While Harrison did not receive a Pro Bowl invite during his career, he earned first-team All-Pro recognition for his work that season.

A struggling Giants team traded Harrison to the Lions ahead of the 2018 deadline, when they also unloaded Eli Apple, and Snacks played in Detroit through the end of the 2019 campaign. Harrison finished his career with 494 tackles and 37 tackles for loss.