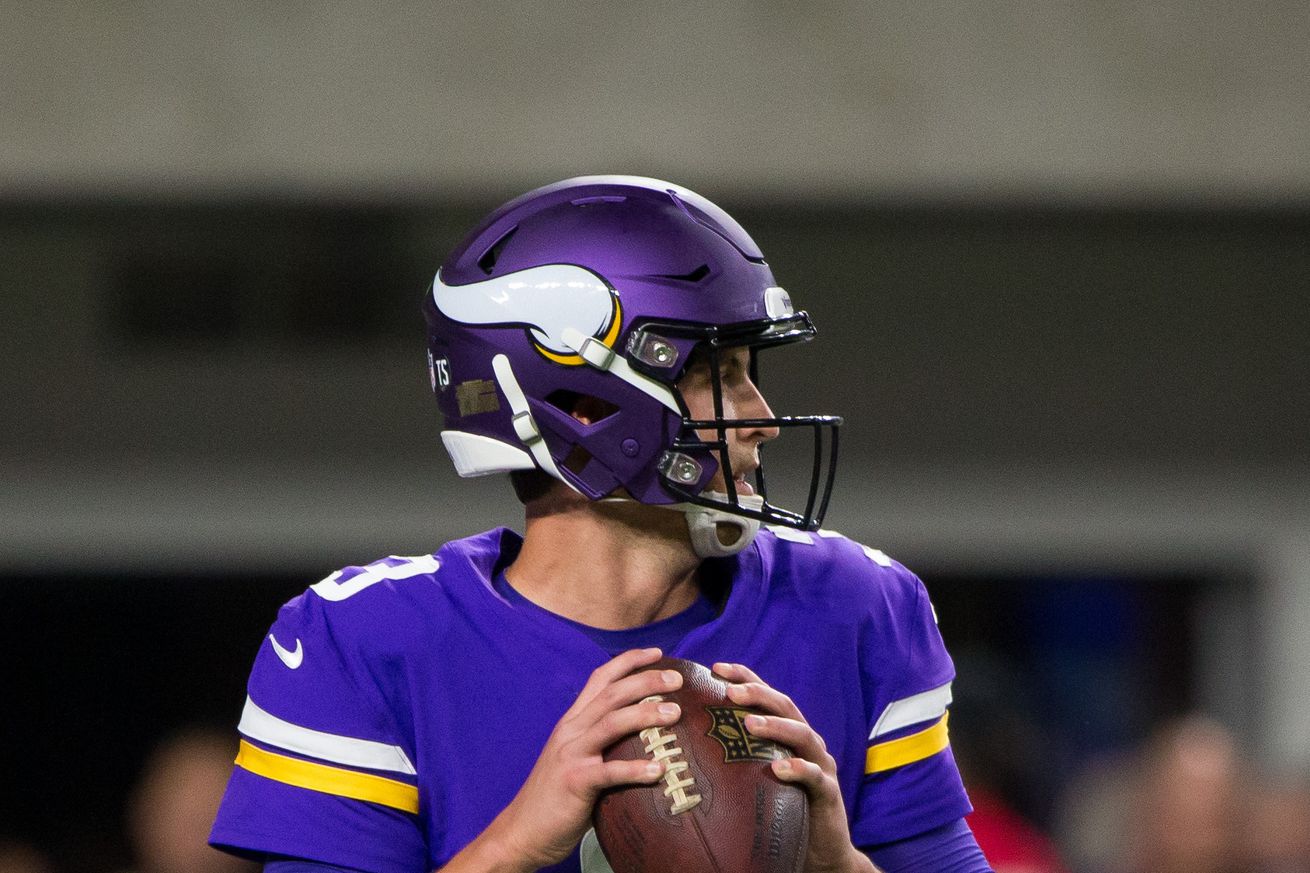 With the new league year underway, we’re going to break down each of the Jets’ new additions in detail. We continue today with former Denver Broncos quarterback Trevor Siemian

The 27-year old Siemian is listed at 6’3” and 220 pounds and was a seventh round pick out of Northwestern in 2015. Siemian has started 24 games in his NFL career, winning 13 of them and passing for for 5,686 yards with 30 touchdowns and 24 interceptions.

Siemian was recruited to Northwestern where he redshirted his first season and then threw just 26 passes the following year. In his final three seasons, he played in 36 games. However, he wasn’t a full-time starter until his final season because Northwestern operated a two-QB system which required him to split duties with the more mobile Kain Colter.

In his final season, Siemian passed for a career-high 2,214 yards and made a name for himself by leading the Wildcats to a come-from-behind overtime win over Notre Dame but suffered a season-ending injury in the second-to-last game of the year.

Siemian ended his college career with 18 starts to his name and completed 59 percent of his passes for just under 6,000 yards with 27 touchdowns and 24 interceptions.

Siemian didn’t expect to get drafted so was surprised to hear his name called in the seventh round. Legend has it that Broncos coach Gary Kubiak saw that Notre Dame comeback while watching television one evening and became interested in him.

As a rookie, Siemian rode the bench, playing just one snap – a kneel-down. However, he collected a Super Bowl ring as Peyton Manning led the Broncos to the win over Carolina in Super Bowl 50.

Siemian ended up as Manning’s replacement in 2016, after Manning retired and Siemian beat out the likes of Mark Sanchez and Paxton Lynch to earn the role. He got off to a great start as they won their first four games. However, they faltered down the stretch and missed the postseason despite being 8-4 with four games to go.

Siemian ended up making 14 starts, winning eight of them, as he passed for 3,401 yards and 18 touchdowns with only 10 interceptions.

In 2017, Siemian won five of his 10 starts but threw more interceptions than touchdowns and was benched late in the year.

He signed with the Vikings to back up Kirk Cousins last season, but did not see any action all year and the Jets signed Siemian to a one-year deal last month.

Now let’s take a look at what Siemian brings to the table, divided into categories.

Siemian has decent size and is regarded as having adequate athleticism. He ran the 40-yard dash in 4.94 at his pro day, during which time he was still recovering from a knee injury.

Siemian does not possess a rocket arm but has adequate arm strength. He’s proven capable of having success on the deep ball.

Siemian has a couple of issues with regard to his arm strength with one being that he’ll often underthrow the deep ball. The other is that he sometimes fails to put adequate zip on throws out to the sideline, which can lead to defensive backs jumping the route.

When throwing over the middle he usually puts enough zip on the ball so it gets there on time.

Throughout his career, including college, Siemian’s completion percentages have hovered around the 60 percent mark. However, in 2016, he actually started off at 67 percent over the first month of his rookie year, but then dropped off to 55 percent from then onwards.

Siemian displays good accuracy on back shoulder throws and will make anticipatory throws on timing routes.

The book on him coming out of college was that he can struggle to make tight window throws, especially in the red zone, but he does have the ability to make that kind of throw from time to time.

As is the case with most players, Siemian’s numbers take a dip when he’s under pressure. His completion percentages typically drop from around 70 percent to 40 percent.

The biggest concern with Siemian when pressured is that he’ll often bail out of throws. This can lead to the pass being thrown up for grabs and relying on the receiver to make a play on it – or worse.

Ball security has also been a slight concern with nine fumbles in his 24 career starts, although he’s only lost four.

Siemian’s mechanics are pretty sound, as he displays good footwork and has a quick and smooth release.

In his first year as a starter, Siemian had 14 passes batted down at the line of scrimmage, but he reduced that to three in his second year as he’s developed a knack for changing his arm angle to create room to get a throw out cleanly. He’s also comfortable moving around or stepping up in the pocket.

Siemian shows signs of being a good game manager but, from time to time will try to do too much and can make costly mistakes.

There was a sense that Siemian’s early success was because the Broncos simplified things for him and that teams had him figured out by the second half of his first season. Throws like this make you wonder if he’s seeing the field clearly or if his target has been pre-determined by a pre-snap read.

Siemian has typically been efficient in the red zone (eight touchdown passes, no interceptions in 2016) but has thrown three pick-sixes in his career. He’s only had more than one interception in six starts though.

Siemian has never been a running quarterback, as his longest carry at the NFL level is just 15 yards and he’s never rushed for more than 25 yards in a game.

However, he showed a knack for having success when scrambling in his senior year, as he scored five of his six rushing touchdowns. He’s also shown signs of this at the NFL level.

As well as being adept at moving around within the pocket as already mentioned, Siemian can throw on the run and will escape the pocket to make plays from time to time.

Siemian obviously isn’t going to be the starter and might not play at all if Sam Darnold stays healthy. However, he has a lot of desirable traits for a back-up and has had some success in a starting role in the past.

If he gets called into action, the Jets might simplify the system and rely on Siemian to be a game manager as the Broncos did to good effect when he was first starting with them.

Siemian has missed a few starts over the course of his career and might be a durability concern if a team was to rely on him as a starter. In 2016, he missed one start with an injury to his non-throwing shoulder and another with a sprained foot. Then at the end of the 2017 season, he ended up on the injured reserve with another shoulder injury with a couple of games to go.

Siemian had previously torn his ACL at the end of his college career in 2014.

Siemian’s intangibles were a big part of the reason the Broncos had faith in him to undertake the daunting task of replacing the hall of famer Manning on the Super Bowl champions.

He’s been praised for his unflappable temperament and competitiveness, with teammates saying he was always in command of the offense and showed good leadership.

On the field, he has good instincts to look off defenders or improvise when plays break down.

He’s only been responsible for five penalties in his career, including two for intentional grounding.

With his experience level, win-loss record as a starter and solid, if unspectacular statistics, Siemian seems an ideal choice to bring in as a low-cost back-up. At $2 million, he’s good value for money, too, and should be able to beat out Davis Webb for the number two role.

Siemian is a player who doesn’t seem to do anything at an elite level but is pretty solid across the board. However, he’s not immune to making bad mistakes if he tries to do too much.

The Jets’ contingency plan for Darnold missing any time should probably entail simplifying things and getting him to play a game manager type role.